Kanye West not in talks to join revamped American Idol

They won’t get a ratings boost from Yeezy! Kanye West is ‘NOT in talks to join Ryan Seacrest’s revamped American Idol’

This Famous rapper was reportedly tapped to join Ryan Seacrest’s reboot of the once hugely successful American Idol reality show.

However, sources close to Kanye West told TMZ on Monday that he is not in negotiations to join the cast of the singing competition.

Earlier that day the 39-year-old was said to be Seacrest’s favorite to take on the role, over the show’s creator Simon Cowell.

Golden ticket: Kanye West was said to be Ryan Seacrest’s  favourite to take on American Idol, over the show’s creator Simon Cowell; Pictured 2015

The report came from an insider with RadarOnline who claimed: ‘Kanye’s weighing the options and is even grilling [former AI judge] Jennifer Lopez on what’s involved.’

The source said, ‘Ryan Seacrest has put his name forward during his negotiations to come back as host and NBC are salivating over it.

‘Kanye is at the very top of the wish list, not Simon Cowell,’ the insider continued.

‘If Ryan hosting can help get them Kanye, that’s a happy result for NBC.’

Ryan – who is a producer on Kanye’s wife Kim Kardashian West’s Keeping Up With the Kardashians – is reportedly holding negotiations to relaunch the much-loved show, which came to an end in April 2016 after 15 years. 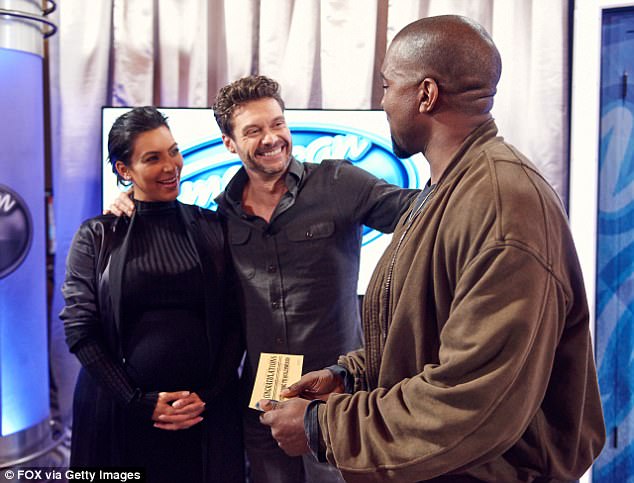 Family affair: Kim Kardashian’s show Keeping Up with the Kardashians is produced by Seacrest; Pictured 2015 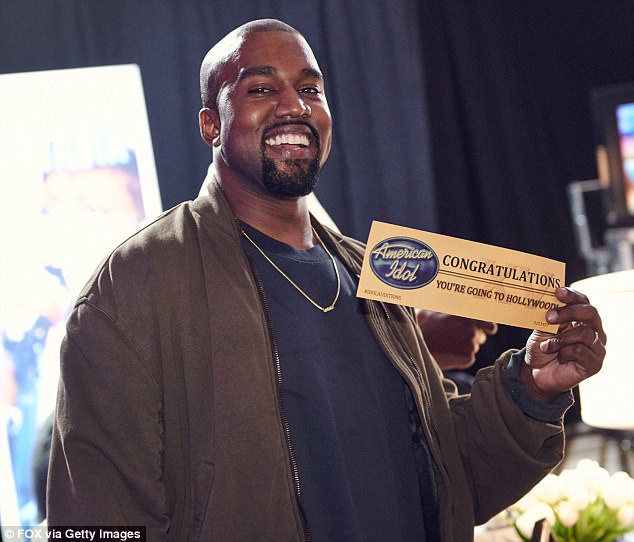 Top dawg: ‘Kanye is at the very top of the wish list, not Simon Cowell,’ an insider reported; Pictured 2015

And it wouldn’t be the first time Kanye has been involved with ‘American Idol’ should a deal come about.

In August 2015, Kanye surprised Jennifer, Harry and Keith with a joke audition.

He performed an a cappella version of his 2005 hit Gold Digger for the reality TV show in San Francisco. 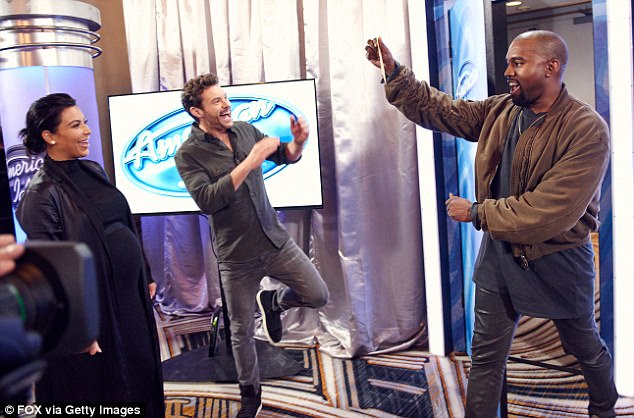 Winner: He performed an a cappella version of his 2005 hit Gold Digger for the reality TV show in San Francisco

And Kanye sailed through, coming out with a golden ticket to Hollywood.

As for the future of ‘Idol’, Ryan – who helmed the competition for 14 years from 2002 up until last year – said when it came to an end that he couldn’t envisage a world without it.

At the time, he said: ‘I just don’t see a world where Idol doesn’t resurface.’

‘We look at formats. We try to create shows. It’s hard to believe that franchise doesn’t resurface in some capacity, in some form, soon,’ Ryan continued. 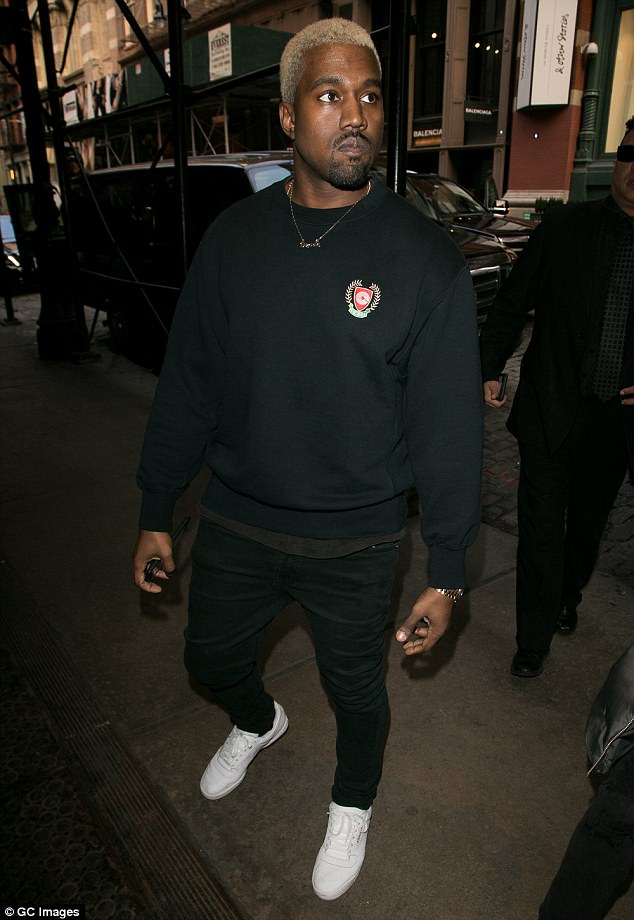 First pick: NBC was thrilled with the idea and are doing all they can to get the 39-year-old musician on board