Karl Stefanovic has grilled Scott Morrison over Victoria’s failure to contain its massive coronavirus outbreak which is threatening to sweep across the country.

Victorian Premier Daniel Andrews has been slammed for his handling of the crisis due to a number of government bungles – including breaches in hotel quarantine and  issues around contact tracing – adding to the problem.

But as the virus continues to spread, with 317 new cases reported on Thursday night, the prime minister refused to add to the mud-slinging match.

While appearing on the Today Show on Friday, Stefanovic continued to question the prime minister about how he felt about Mr Andrews leadership.

‘It’s not about how I feel, it’s about what I do and what I do is give Victorians support to get this job done,’ Mr Morrison said.

‘The only thing that matters is getting on top of this. And I will give Dan Andrews every support he needs to be able to achieve that.

Stefanovic asked if he still had faith in the Victorian government to handle the crisis.

He said the quarantine breaches were a ‘reminder to continue with social distancing’.

Stefanovic continued to grill Mr Morrison about his thoughts on the premier’s failings.

‘Great leaders own their mistakes…otherwise how do we know they’re not going to make them again.

Victoria reported its highest ever daily spike of coronavirus cases on Thursday, with 317 infections 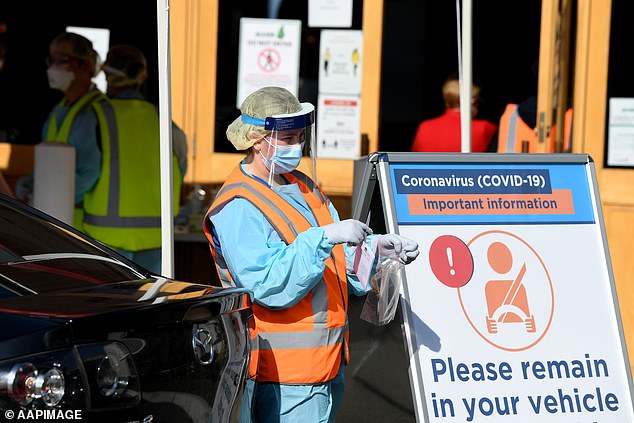 ‘You’re a straight shooter, you must’ve been filthy.’

He responded saying: ‘Of course we’re all accountable for our own decisions, nothing changes that, but it’s not about that, it’s about what’s needed now on the ground and the task that needs to be done.

‘This is a national effort and that’s what Victorians can have confidence in that the whole country is working together to help them in this time of this crisis.’

The whole of Melbourne and the Mitchell Shire north of the city were placed back into lockdown last week after Victoria’s cases spiked.

Residents are now only allowed to leave their homes for food and supplies, receive or provide care, exercise, and study or work for six weeks.

The move came after it was revealed there were several blunders within the hotel quarantine procedure, including allegations that security guards were having sex with the guests. 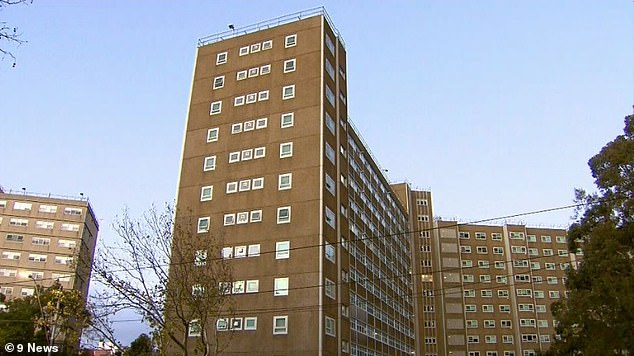 Subsidised housing towers at 510 Lygon Street, Carlton. Victoria’s health department revealed a coronavirus outbreak there on Sunday – but there is evidence they knew two months ago 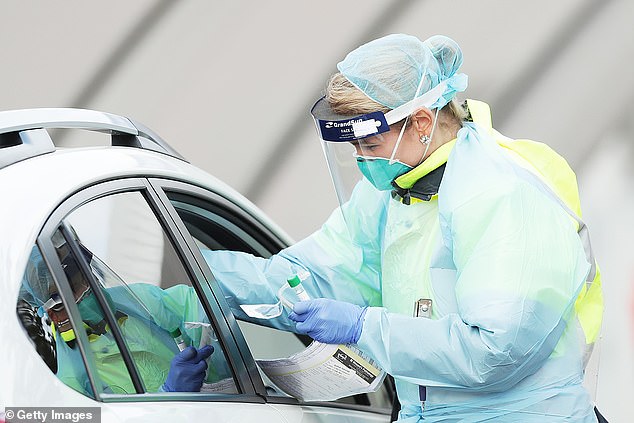 Other allegations include security firms engaging in ‘ghosting’ – a practice which involves inflating the amount of guards listed on duty to charge the government and taxpayer more for their services.

Mr Andrews has launched an inquiry into the matter.

There has also been issues with contact tracing in the state, with some residents waiting up to two weeks for confirmation they could have been exposed to coronavirus.

The delay may have led to number of residents unaware they might be spreading the virus.

Mr Morrison has urged all Australians to use the COVIDSafe contact tracing app to assist in slowing the spread of the virus.