Karl Stefanovic slams new lamb ad as the ‘worst ever’

Karl Stefanovic has slammed the newly released lamb ad as ‘the worst he’s ever seen’.

The Today Show host made the comment on Tuesday morning after watching the annual Meat and Livestock Australia summer campaign.

The television ad, which runs for two minutes, calls for tech-obsessed Aussies to ditch their screens and reconnect with others while devouring some lamb. 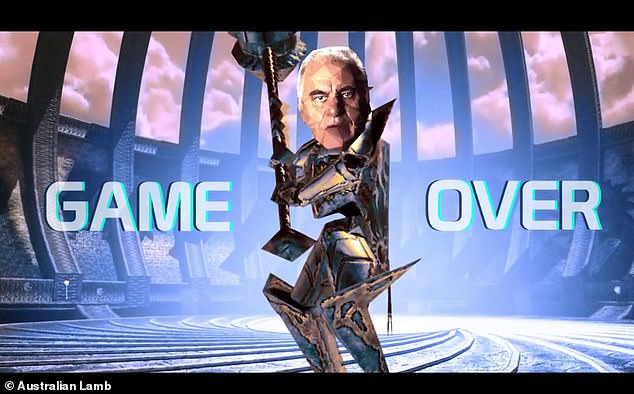 Tech-obsessed Aussies are forced to ditch their devices and made to head to a barbecue, where they eat lamb

‘That is the worst lamb ad I have ever seen,’ Stefanovic said.

Co-host Allison Langdon agreed she wasn’t sure about the commercial.

Stefanovic also pointed out how the iconic advertisements typically drop a few days ahead of Australia Day, but this year it was released on January 27 instead.

‘They completely missed that. They spent too long filming it.’

‘We still love lamb, we just hate that ad,’ he said.

The advertisement follows scientists at ‘Lambalytica’ as they force mobile phone users to pay attention to each other by hacking their devices.

MLA domestic market manager Graeme Yardy said they wanted to use the power of lamb to disrupt social media, peel people away from their screens and get them together over a tasty lamb meal.

He told the ABC they had wanted to shift away from it being an ‘Australia Day thing’ and more of a summer campaign instead. 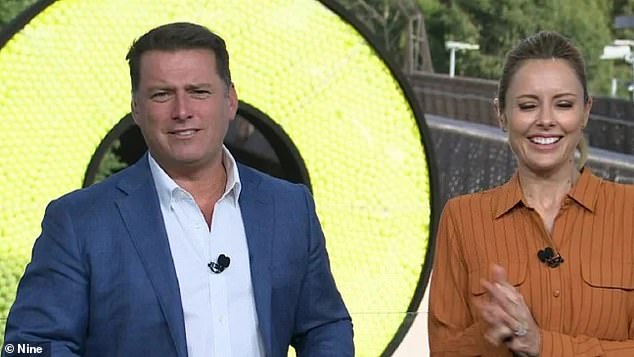 Karl Stefanovic was less than impressed, he even called it the worst ad he’s ever seen

‘It’s a great time to consume lamb right through the summer, not just one day or one weekend.’

Many thought the ad was delayed due to the ongoing debate over the Australia Day date.

However, Mr Yardy said they weren’t wanting to take part in the debate.

Previously the ads have had a more political focus, addressing contentious issues like same-sex marriage, global warming and the war on terror. 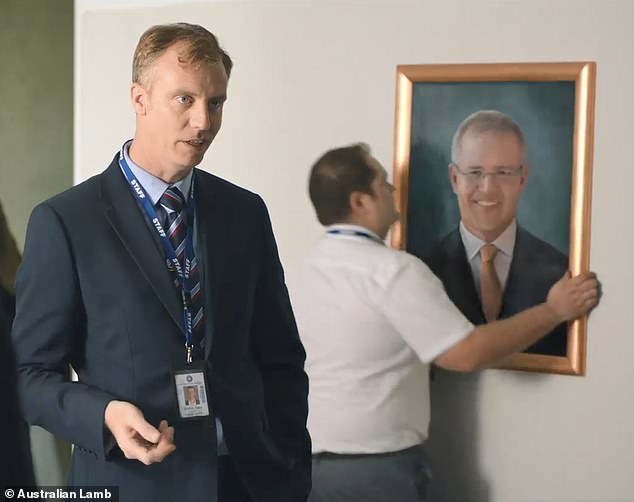 As Gary (pictured) discusses all that is wrong with the nation, a man in the background removes a painting of Malcolm Turnbull before removing a Scott Morrison painting

Last year it followed several politicians as they tried to unite Australia with New Zealand over a lamb meal after claiming the land Down Under has ‘lost the plot’.

‘We used to be the greatest country on earth, but we’ve lost the plot, one of the government officials, named Gary, laments at the start of the video.

‘Cheating at sport, we can’t even hang on to a prime minister.’

As the officials discuss all that is wrong with the nation, a man in the background removes a portrait of Malcolm Turnbull before replacing it with a painting of Scott for a mere seconds.

The politicians then claim the best way to make the country great again is to unite Australia with New Zealand over a lamb meal. 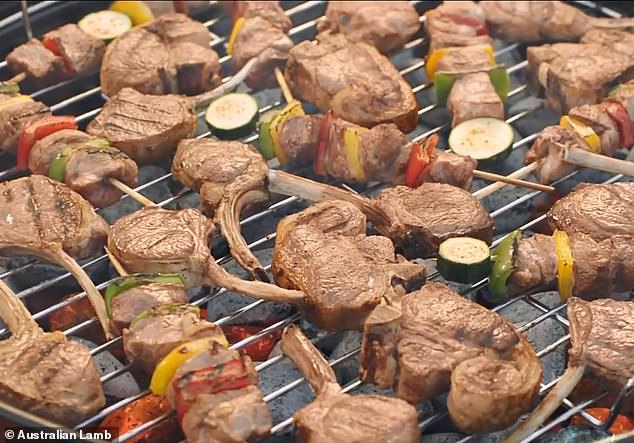 After the politicans debate whether or not the government can afford to include a Hemsworth brother in the deal, the ad cuts to an inflatable barbecue in the ocean

‘Genius, we create one nation!’ Gary responds, to which one of his fellow politicians replies: ‘We’ll workshop another name’.

After the politicians debate whether or not the government can afford to include a Hemsworth brother in the deal, the ad cuts to an inflatable barbecue in the ocean.

Gary and his fellow official meet with two stereotypical New Zealanders – complete with exaggerated Kiwi accents – who happen to be floating by on inflatable chairs.

The officials tell the two men the smell of the lamb is a representation of the two countries’ ‘unity’. 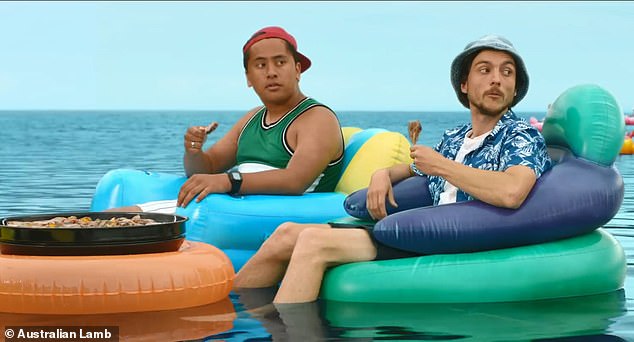 ‘As we all know Australia is the greatest country on Earth but frankly right now New Zealand is doing Australia better than Australia,’ Garry’s sidekick says.

Garry then suggests the two countries should amalgamate under the new name ‘New Australia’, to which one of the Kiwis replies: ‘the name doesn’t go down well’.

Garry’s colleague is quick to interject and offer the suggestion of ‘New Australialand’.

To sweeten the deal, the officials propose a new Australia Day date that ‘we can all agree on’, which receives a round of applause from some Australians.

Garry’s colleague then suggests sharing New Zealand’s Prime Minister Jacinda Adern, to which a nearby Australian replies: ‘tell her to come and join the party.’