Kate Beckinsale, 46, is spotted hiking with new man Goody Grace, 22… as it’s revealed rocker has a connection to her ex Pete Davidson

Kate Beckinsale’s new romance with 22-year-old Goody Grace was revealed on Monday when pictures emerged of the actress holding hands with the young musician.

And new images have emerged of the 46-year-old Widow star and her new man enjoying more outdoor time earlier this month, looking content together amid reports they’ve been dating for months.

The couple were all smiles as they took Kate’s dog for a walk up a canyon near the actress’ home in Brentwood, Los Angeles.

Kate Beckinsale, 46, and new man Goody Grace, 22, are pictured on another hike earlier this month after their romance was revealed on Monday

Kate dressed down in tracksuit bottoms and layered tank tops, with a light white jacket over the top.

Her Canadian beau stuck to dark hues with a black jacket and track pants to match his dyed black locks.

The couple have also been spotted together as far back as January, and were photographed leaving a pre-Grammys party together.

It’s now emerged that Kate’s new toyboy has friends in common with her ex Pete Davidson, 26.

Back in December 2019 Goody performed with Pete’s best friend Machine Gun Kelly and Blink-182 drummer Travis Barker at a concert in LA. 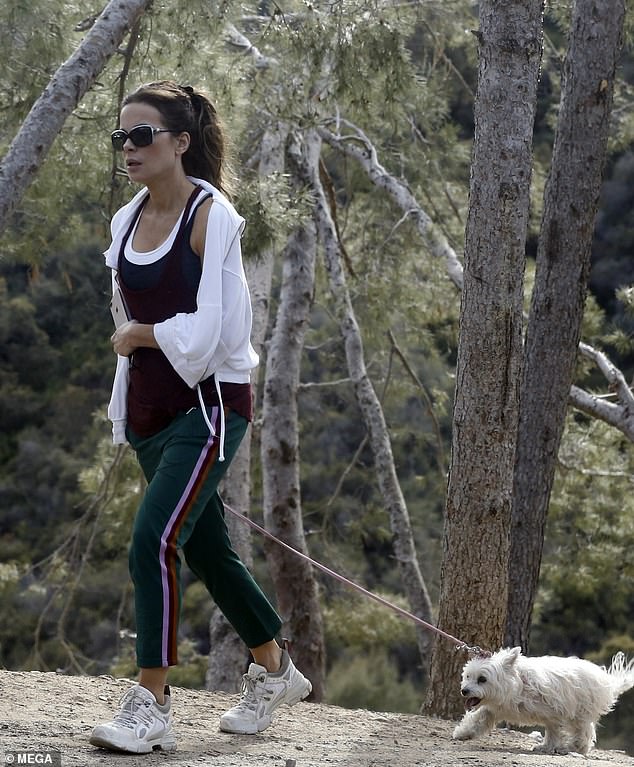 Forever youthful: Kate, 46, looked sporty casual as she took her dog for a walk in a canyon behind her Brentwood home 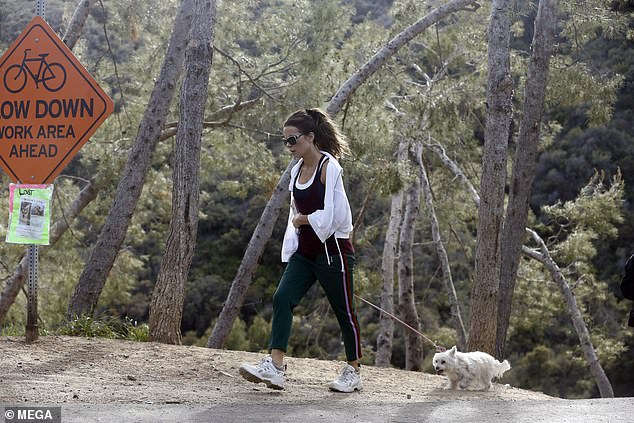 Secret romance: The actress was snapped with Goody on April 6, days before the photos of the couple holding hands on April 13 emerged

Kate’s romance with SNL funny guy Pete emerged in January 2019 after they were seen flirting at a Golden Globes after party.

The couple dated for four months, splitting in April 2019, partly due to living on separate coasts.

Pete still had kind words for Kate earlier this year, calling her ‘one of the funniest people I’ve ever met’ in an interview with Charlamagne Tha God. 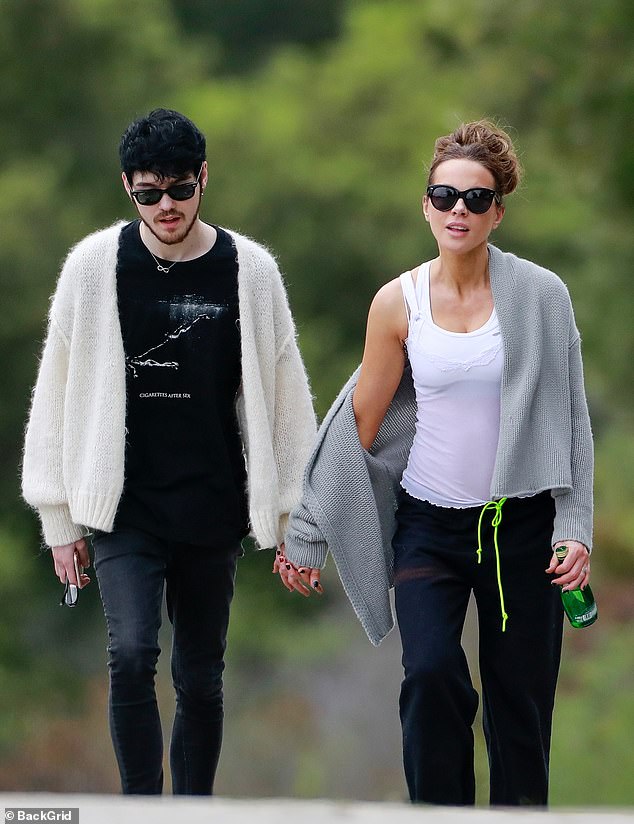 New love: The couple are pictured on Monday holding hands on another walk around Kate’s neighborhood

Connected: It has emerged that Goody (pictured December 2018) runs in the same circles as Kate’s ex Pete Davidson, 26, and share a mutual pal, Machine Gun Kelly

Kate appears to have a preference for younger men in recent years. She dated 21-year-old Matt Rife in 2017, and was romantically linked to 30-year-old Jack Whitehall in 2018.

Previously, she was married for 12 years to director Len Wiseman.

The couple wed in May 2004 after falling in love on the set of 2003’s Underworld, which co-starred Beckinsale’s then partner Michael Sheen. 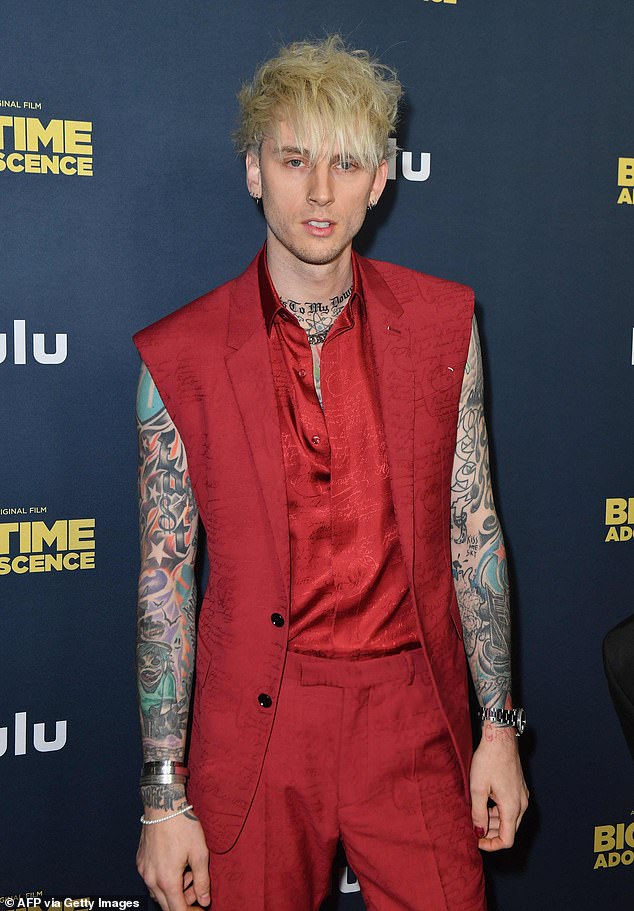 Goody was just 17-years-old when he moved from Canada to Los Angeles to pursue his music career.

Since then, he has released a plethora of music, including last year’s track Scumbag, and has performed at Lollapalooza, Bonnaroo, and even Jimmy Kimmel Live!

‘Anything is possible,’ Grace previously said. ‘I came from a super small town and moved to L.A. and was able to live my dream. It’s proof that possibilities are infinite. I hope everyone takes that from my music.’ 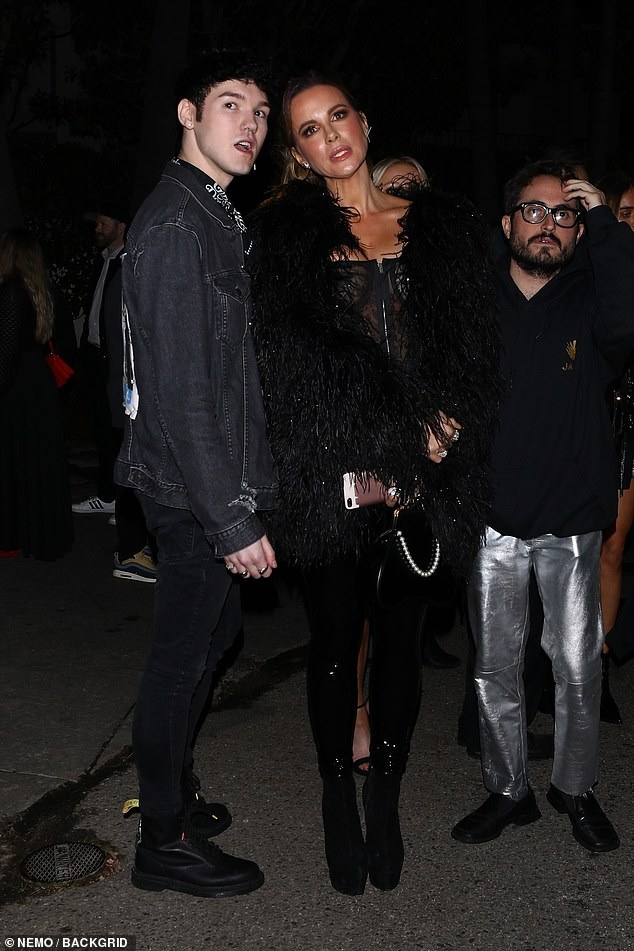 Hitting a high note: Kate was seen with Goody as early as January 2020, when the pair were spotted leaving a pre-Grammys party together