‘I’ve been longing to be in true love, for so long’: Katie Price claims boyfriend Carl Woods is the ‘real deal’ and insists her previous relationships were ‘dress rehearsals’

The former glamour model, 42, has Harvey, 18, with Dwight Yorke, Junior, 15, and Princess, 13, with first husband Peter Andre, and Jett, seven, and Bunny, six, from her third marriage to Kieran Hayler.

And she said she believes she’s finally found the ‘true love’ she’s spent years looking for in Carl, 31.

‘I’ve been longing to be in true love, for so long’: Katie Price has claimed boyfriend Carl Woods is the ‘real deal’ and has insisted her previous relationships were ‘dress rehearsals’

She told OK!: ‘People say I’ve been like this with exes but no, they were just dress rehearsals. This is the real thing. They’re exes for a reason.

‘I just can’t help wanting to let the world know because I’ve been longing to be this happy and to be in love, true love, for so long. Now I’m 42, I know what I want and this is who I want to be with, the real deal.’

The couple got together in June but are already living together and not only have they have discussed getting married. 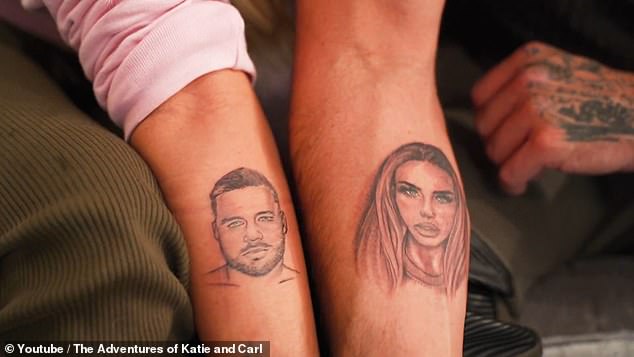 Wow! Katie and Carl have revealed they have got each other’s faces tattooed on their bodies

Katie has even vowed to change her surname for the first time when they tie the knot.

And when she asked if they have discussed marriage, she said: ‘Of course we have! We’re excited about everything; babies and marriage. I’ve even discussed it with my mum and what it will be like. And I’ll change my name from Katie Price to Katie Woods – I’ve never done that before.’

Katie said her family, including her children, are big fans of Carl – but she said that her children don’t need a new father figure because they already have their dads.

Katie also said Carl is the most handsome man she has ever seen and she is obsessed with his eyes. 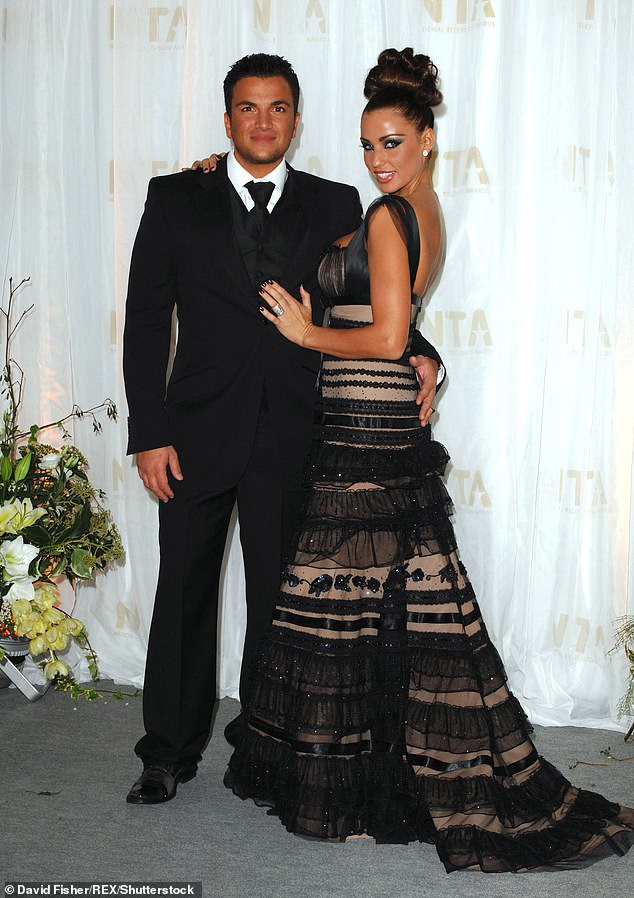 Look away, now! The former glamour model has children Junior, 15, and Princess, 13, with first husband Peter Andre, (pictured in 2006) but calls her exes, ‘dress rehearsals’ 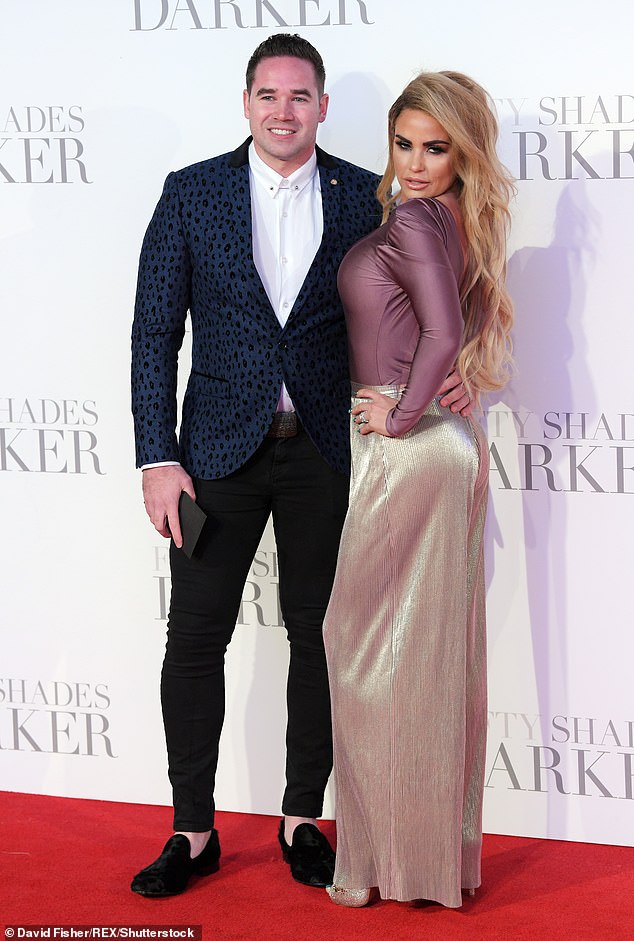 Practice run? She has Jett, seven, and Bunny, six, from her third marriage to Kieran Hayler (pictured in 2017)

They recently revealed they have both got each other’s faces tattooed on their forearms.

The mother-of-five has also had ‘Pricey Woods’ written near her elbow.

In a clip on their YouTube channel, the couple showed off the his and hers inkings and said they are even planning more tattoo tributes to each other.

Sat cosily next to her love in the video, Katie said: ‘I decided, I haven’t finished it yet. I may as well have a whole sleeve done of the kids, me, and Carl.’