Their pet dogs are so similar, it can be difficult to tell them apart.

But singer Katy Perry, 34, appeared delighted to be in their company as she carried her pet dog Nugget and boyfriend 41-year-old Orlando Bloom’s dog Mighty.

Katy looked incredible as she left the American Idol studios on Monday night with her actor boyfriend walking a little behind her.

Who needs a carrier? Katy Perry carried beloved dogs Nugget and Orlando Bloom’s Mighty in her arms as she left the American Idol studios with her boyfriend on Monday night

She wore a double denim acid-wash ensemble consisting of a shirt and jeans and added some inches to her look with a pair of gold strappy sandals.

Adding another 80s flourish to her ensemble, she wore a slick of neon pink eyeshadow.

Katy had been filming the show all day and was heading out to dinner with Orlando, who looked rather casual on the night. 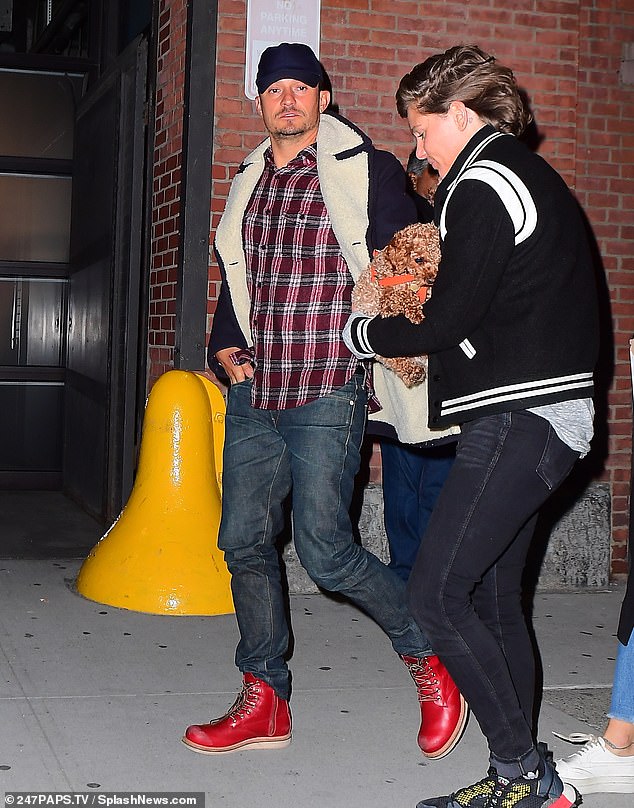 Sweet: Orlando had headed over to pick Katy up and take her for dinner 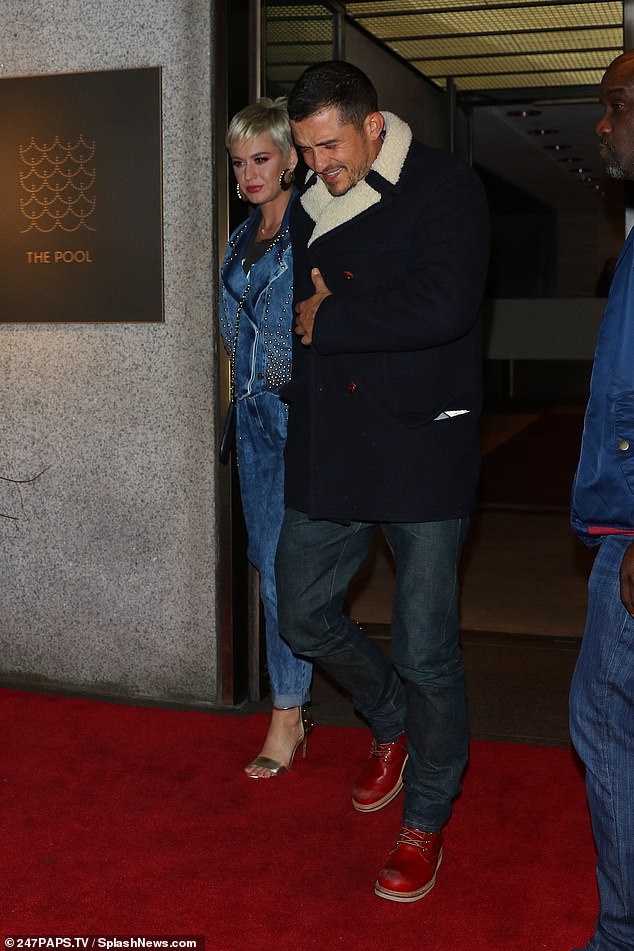 In love: The couple appeared in high spirits as they left the studios where Katy had been filming all day

He wore a plaid shirt with baggy jeans and a pair of chunky boots, wrapping up warm in a sheepskin lined aviator-style jacket.

Orlando and Katy first began dating in 2016 before parting ways, only to rekindle their romance earlier this year.

They made their first red carpet appearance since getting back together in September at the Global Ocean hosted by H.S.H. Prince Albert II of Monaco at Opera of Monte-Carlo.

The 80s called: Katy wore a double denim acid-wash ensemble consisting of a shirt and jeans and added some inches to her look with a pair of gold strappy sandals 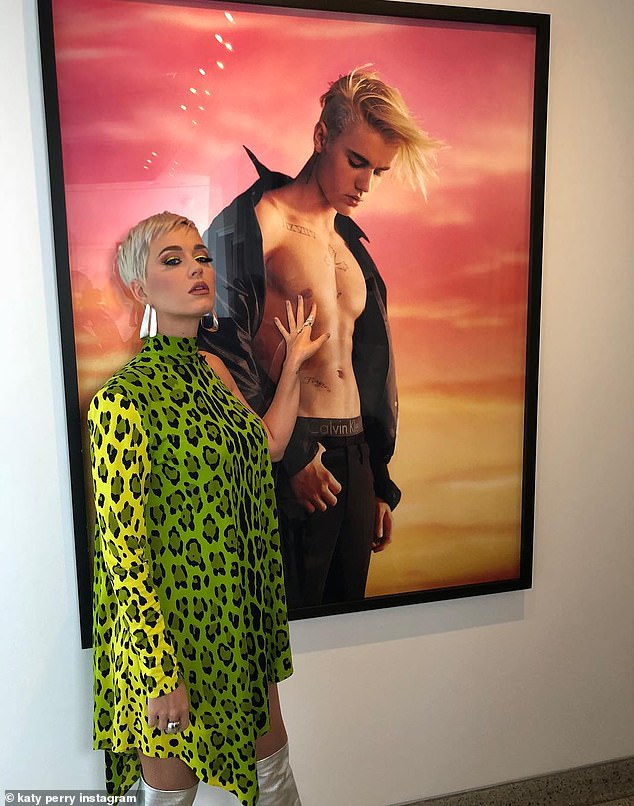 Too much? Orlando recently dubbed girlfriend Katy Perry ‘thirsty’ as she posed with Justin Bieber picture on her 34th birthday on Instagram

A few days ago, Orlando labelled Katy ‘thirsty’ after she posted a series of sultry shots of herself caressing a poster of Justin Bieber.

Katy, who was celebrating her 34th birthday, posted the pictures with the caption ‘teen idol/american idol’.

Four hours later her on/off lover wrote: ‘Thirsty’ – despite the fact that he once punched him.

Back and forth: Orlando and Katy first began dating in 2016 before parting ways, only to rekindle their romance earlier this year 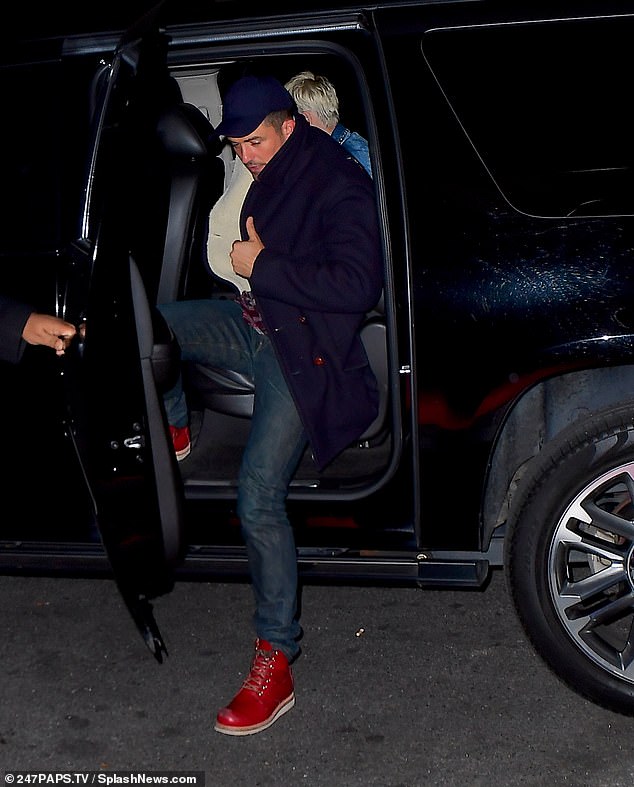 And they’re off: Katy and Orlando were pictured getting into a car together after the show