A young mother welcomed her long-lost brother into her home before discovering he was a serial rapist who had held two women hostage and subjected them to a terrifying and brutal assault.

Emily Angus from Herne Bay in Kent, tracked down her stepbrother Anthony Hutchings through Facebook in 2014.

The 27-year-old was her stepfather Steve Airey’s son, but the pair lost contact when Anthony was young.

Ms Angus, 29, said: ‘I’d never met Anthony and really wanted him to be part of my life.

‘I discovered he was living in Northampton. I felt a strong bond when we spoke on the phone and arranged for him to visit me – even paying for his train tickets.’

Anthony repeatedly let her down but the pair finally enjoyed an emotional meeting in March 2015.

Ms Angus added: ‘I hugged him and took him straight to my parents’ home. We all had a massive bear hug. Anthony was overwhelmed.’

A few days later the family received a distressing call saying Anthony was critically ill in Northampton General Hospital after smoking a legal high. But he pulled through and vowed to ‘turn over a new leaf’.

When Ms Angus gave birth to her daughter Elsie in August 2016, her stepbrother was ‘delighted’ and became a part of the family.

She said: ‘He loved being an uncle. He moved to Kent, lived with Mum and Dad and we enjoyed walks on the beach.’

However in May 2017 Anthony’s 22-year-old half-brother Stuart Hutchings died after he was mown down on his motorbike. 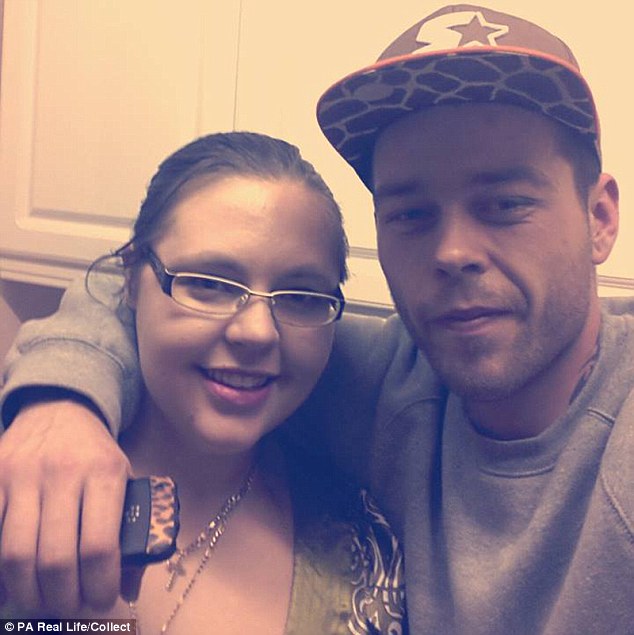 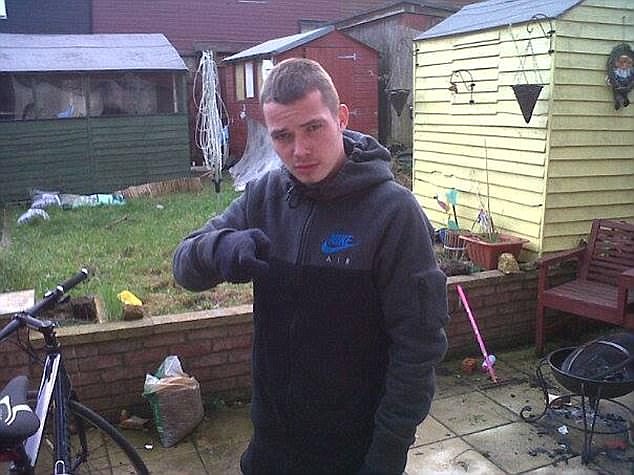 He had been chased by David Barnes, 28, who wrongly believed Stuart had stolen his brother’s motorbike. Barnes was jailed for nine years after he admitted manslaughter.

But Anthony’s grief after his brother’s death ‘unleashed a monster within’.

On July 21, Ms Angus said he appeared ‘edgy, jittery and troubled, as if something was wrong.’

The next morning a friend informed her Anthony had held two women hostage, stabbed and raped them.

She said: ‘He appeared at my door and said, “Love you sis – I had the best sex last night.”

‘Then he got down on his knees and literally begged to stay, but I didn’t let him.

‘He made a frantic call on my phone, changed his clothes and fled over the garden fence.’

Ms Angus dialled 999 and reported her brother to police.

‘I learned from the police, over the next few hours, that he’d held two women hostage, refusing to let them leave an outbuilding,’ she added. 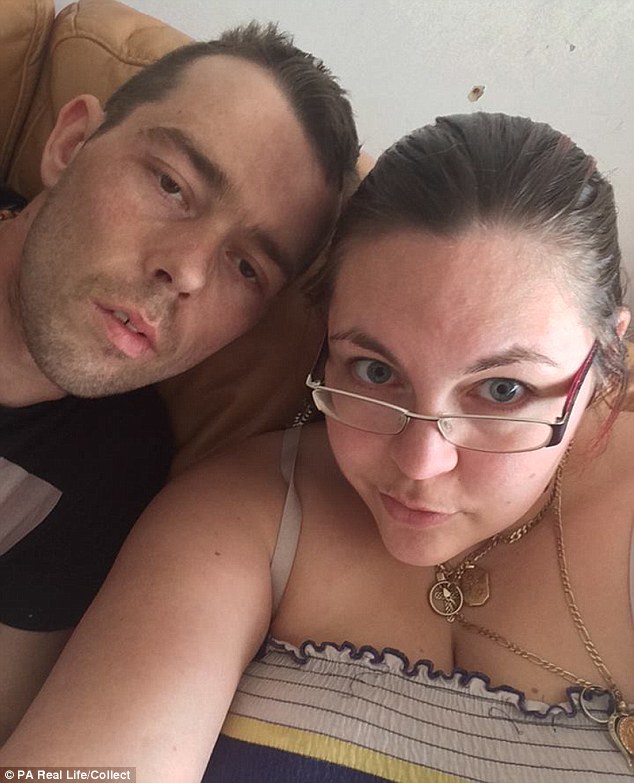 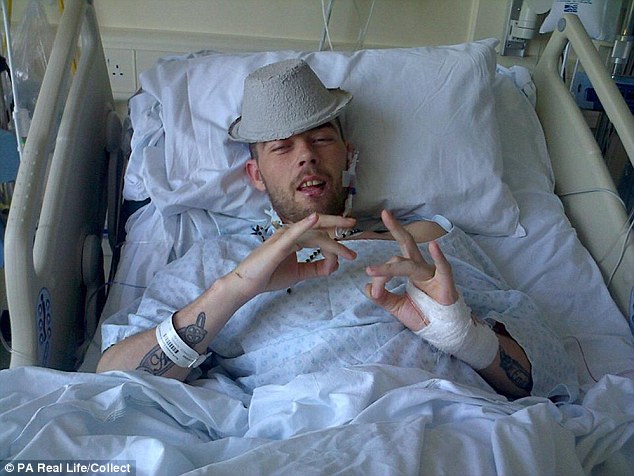 A few days after they met, the family received a distressing call saying Anthony was critically ill in Northampton General Hospital after smoking a legal high. But he pulled through and vowed to ‘turn over a new leaf’ 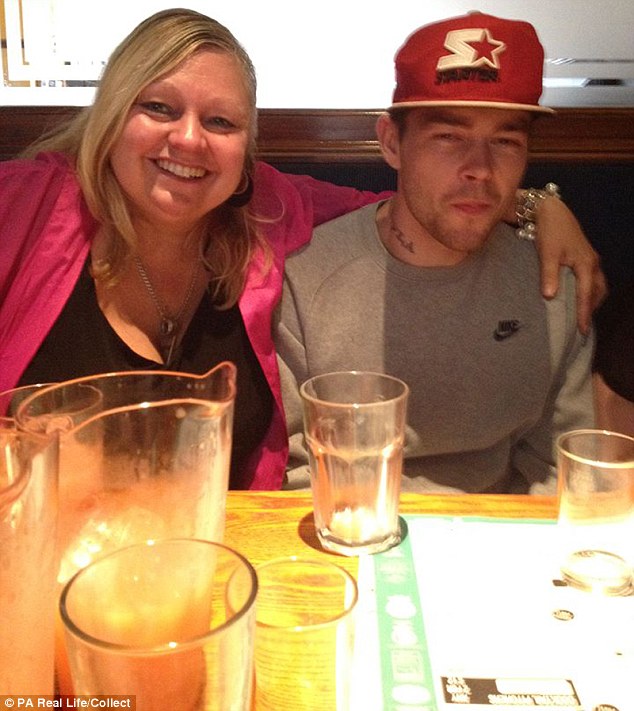 Emily’s mother Maxine with Anthony, who she let into her home in Kent

‘He’d repeatedly kicked and punched both of them, holding a machete to one woman’s throat.

‘Then, he’d handed one of them a kitchen knife, forcing her to stab the other in the leg, before also hitting her across the face with a saw. 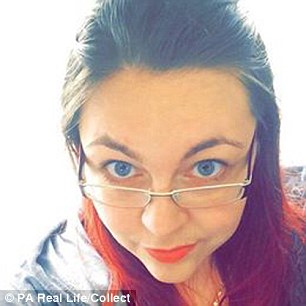 Emily’s statement was read out in court, which helped to convict her stepbrother

‘The woman who was stabbed eventually managed to leave, but he subjected his other victim to further violence and abuse, making her swallow medication that wasn’t hers, raping her and assaulting her with a hammer.

‘The details were sickening. Anthony was a monster.’

Following the attacks, Hutchings stole a car and fled to Northamptonshire, where he was arrested three days later.

He appeared at Canterbury Crown Court in December 2017 where he pleaded guilty to two counts of assault and one of perverting the course of justice.

After a trial he was convicted of three counts of rape, two counts of false imprisonment, encouraging an offence, sexual assault, taking a vehicle without authority and breaching a suspended sentence. 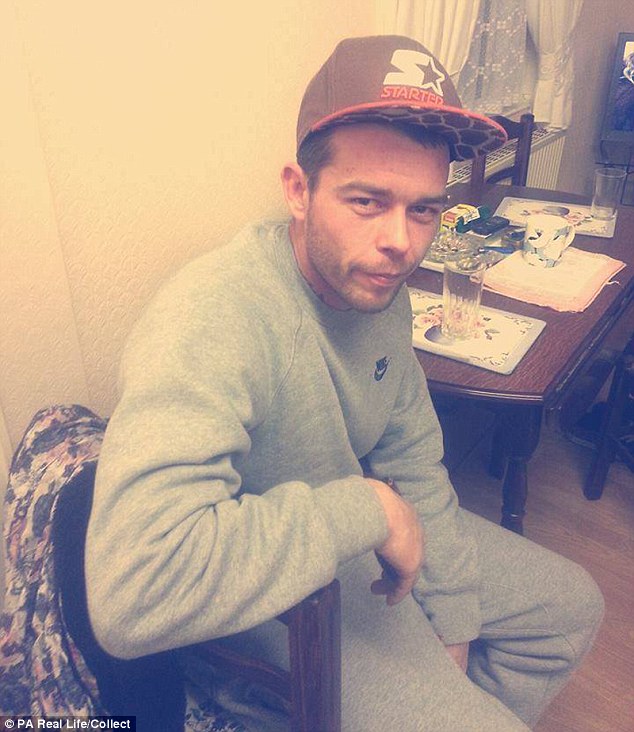 Emily’s statement was read out in court, which helped to convict him.

Last month Hutchings was given an immediate 16-year-prison sentence at Canterbury Crown Court but told he would only be released if the Parole Board ruled it was safe.

The judge said Hutchings posed a serious risk to women and failed to show remorse throughout his trial.

He added another four years which Hutchings will serve on licence when he is finally released.

Ms Angus said: ‘I don’t regret my part in shopping and convicting my brother.

‘He’s a monster. I couldn’t let him get away with what he did – family or not.’