Miracle and Journee Brooks beat the odds when they were born as conjoined twins.

The two were attached from their chest down to their belly button, which is known as a thoraco-omphalopagus.

At just seven weeks old, the pair went through a surgery to separate their bodies, something that only five to 25 percent of conjoined twins survive.

Two years later, they are still alive but Journee remains in the hospital while Miracle was able to go home because she recovered faster. If the family wants to bring Journee home, they have to pay for two more at-home nurses.

Both are without a sternum meaning they need to be on a ventilator for the foreseeable future in order to breathe and are unable to eat on their own.

Single mother Jasmine Brooks has done everything to keep her twin girls alive, but the growing medical expenses have proven to be difficult. 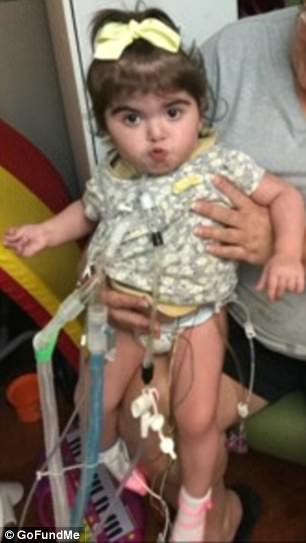 Miracle (left) and Journee (right) were born conjoined at the chest cavity. They shared an abdomen, chest, liver and some heart chambers before having surgery at seven weeks old 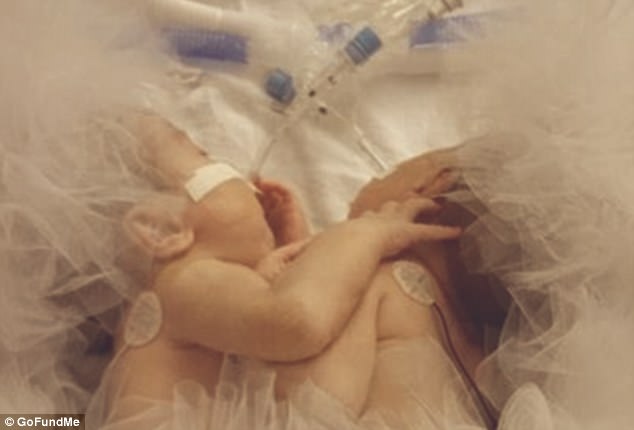 Pediatric surgeons at the twins’ hospital in Louisville, Kentucky, were worried about doing the surgery. But both twins survived, a feat that only happens in five to 25 percent of cases

When Miracle and Journee Brooks were born as conjoined twins in September 2015 in Shelbyville, Kentucky, doctors at Norton Children’s Hospital in Louisville were unsure if they would be capable of separating them.

‘Initially, we weren’t sure they would be able to be separated,’ said Zaria Murrell, a pediatric surgeon at Norton Children’s Hospital, to WDRB.

The muscles in their backs are constantly being flexed and they often have a difficult time bending their backs forward and backwards and sitting up straight.

The girls shared an abdomen, chest cavity, liver and some of the same heart chambers, which made it for a difficult separation for the surgeons.

Thoraco-omphalopagus is when conjoined twins are attached from their upper chest to their lower abdomen.

This occurs in 28 percent of cases and usually means the twins share part of their heart, liver and other areas of the digestive system.

Miracle and Journee underwent their eight-hour surgery at only seven weeks old.

Conjoined twins happen every one and 200,000 births, but only 35 percent of these twins survive more than one day.

More than 70 percent of conjoined twins are female and are three times as likely to survive outside of the womb than males.

Jasmine, the girls’ mother, gave Miracle her name because she was the twin that had the lower chance of survival.

But Miracle is no longer in the hospital.

She requires around-the-clock care from a nurse because she still requires a ventilator in order to breathe and needs assistance eating.

Journee remains in the hospital, but the family is hopeful that she soon will be able to come home for good.

The family set up a GoFundMe page to help cover the medical expenses for the twin girls.

They both require medication and nurses in order to give them the proper care that they need.

Journee would be home now, but that would require for the family to hire two more nurses which is something they can’t afford at this time.

‘It’s been chaos all over the place trying to get everything figured out for Miracle being here, and then going to Louisville to see Journee, and all their medications and support they have to have,’ said Jasmine to WDRB.

Jasmine is a single mom and claims she has lost jobs because she has had to go back and forth between the hospital to help care for her daughters.

She said that she plans to return to work once both daughters live at home. 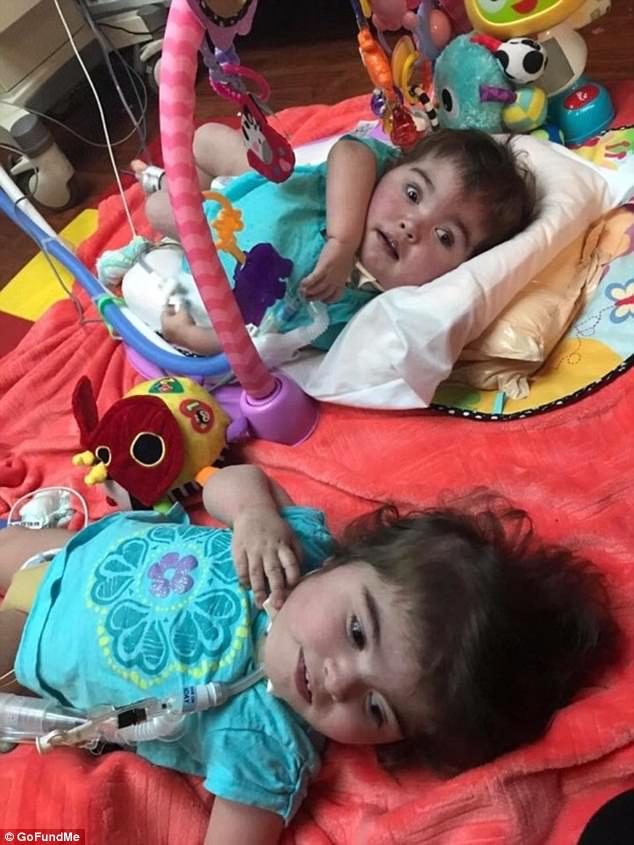 Their mother, Jasmine Brooks, is a single mom who is raising them on their own. The twins being in the hospital has made it hard for Jasmine to work and pay for medical expenses