Joel Pflum, 32, was killed by police on Tuesday in Georgetown, Kentucky

Police have fatally shot an armed man who barged into his ex-wife’s home with two handguns and hunting knives while their six-year-old son was asleep inside.

Joel Pflum, 32, was killed by a single shot early on Tuesday on the porch of his ex-wife’s home in Georgetown, Kentucky, about 15 miles northwest of Lexington, the coroner’s office confirmed.

The horror scene unfolded at about 12.30am on Tuesday, when Pflum kicked in the door of a home on Echo Path, in a quiet development on the edge of town favored by retirees.

Inside the home were Pflum’s ex-wife, their six-year-old son and another adult male whom police say Pflum was seeking.

The male escaped out of a rear window and ran away, cops said. Once outside he called 911.

The ex-wife also managed to call 911 in the confusion and whispered a plea for help. 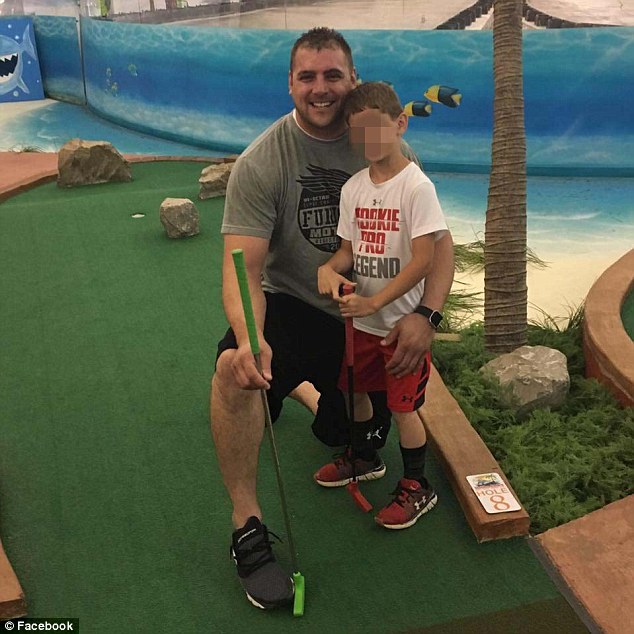 Pflum (pictured) kicked in the door of a home, and inside were his ex-wife, their six-year-old son and another adult male whom police say Pflum was seeking 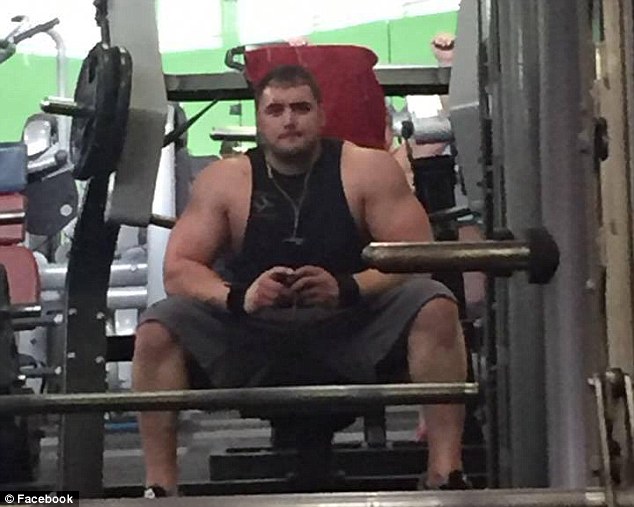 Police said Pflum (pictured) was armed with two handguns, four extra magazines and two hunting style knives, and had a semi-automatic rifle with additional magazines in his car

Police rushed to the scene. When they arrived, they confronted Pflum on the front porch of the home and ordered him to drop his weapon.

Instead, Pflum raised the handgun and pointed it at officers, police said. A Georgetown Police officer fired a single shot, hitting the suspect in the upper body.

Officers rendered first aid on the scene and Pflum was rushed to a hospital, where he succumbed to his injuries and was pronounced dead.

Police said he was armed with two handguns, four extra magazines and two hunting style knives, and had a semi-automatic rifle with additional magazines in his car.

No police officers were injured in the incident and the woman and child were found safe inside the home. The child slept through the entire ordeal. 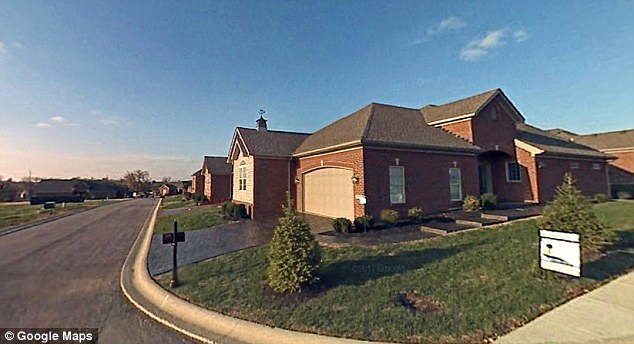 The shooting occurred on this block of Echo Path at around 12.30am on Tuesday (file photo)

Georgetown Police Chief Mike Bosse said at a press conference on Tuesday that the victims ‘had made police reports in the past indicating their concerns with this individual’s behavior and their safety’, according to WKYT.

He said the ex-wife had sought an emergency order of protection against Pflum in another county, but the court denied it.

‘The preliminary investigation indicates that the officers responded appropriately and that the use of force was justified, and we have every reason to believe that the actions of the officers saved the lives of at least two Georgetown citizens,’ Bosse said.

Pflum’s body will be transported to his hometown of Brookeville, Indiana.