KEOWN: Ajax in full flow can be like watching the Harlem Globetrotters

A Dutch of class from a young team! In full flow, Ajax can be like watching the Harlem Globetrotters… it is football at its very best

You have to admire the way this Ajax side go about their business. When in full flow, it can be like watching the Harlem Globetrotters.

The way they pass the ball has been described as ‘five-a-side’ but it is far better than that. What we saw was 11-a-side football at its very best.

The way these young Ajax players handled the occasion was amazing. Five of their starting line-up were 23 or under. 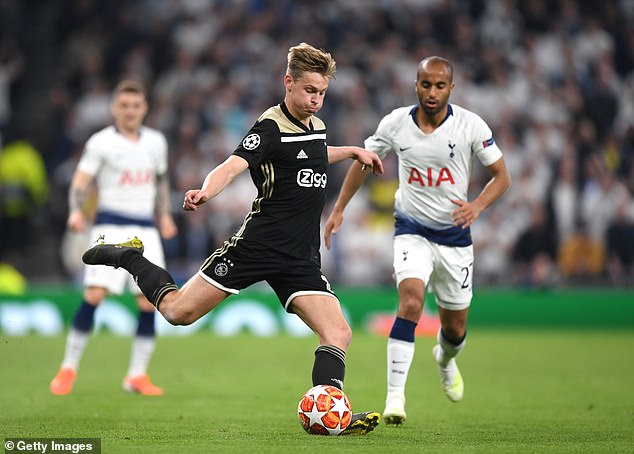 These Ajax players are so well educated that they know what to do against whatever system they face.

We witnessed a system failure from Spurs in the first half with their back three.

Ajax’s two wide players, Hakim Ziyech and David Neres, played high and central and close to Dusan Tadic, which effectively made it three against three.

Donny van de Beek showed how clever he is, while Frenkie de Jong was executing piercing passes from midfield. When they lost the ball, the visitors hunted after it until they got it back.

It was no fluke that they beat Real Madrid and Juventus. We saw proof of that on Wednesday night. 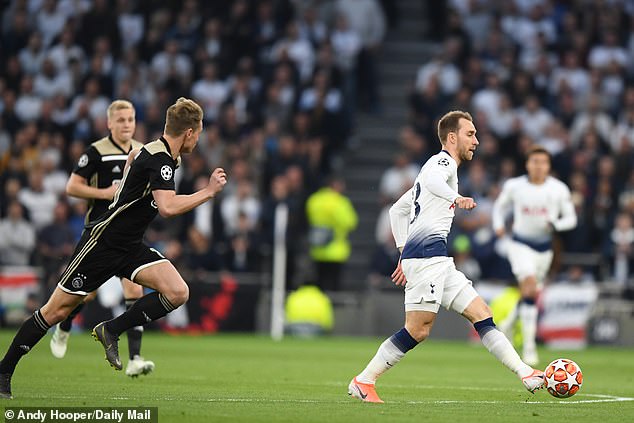