They’ve been working to get past allegations of him cheating while she was heavily pregnant.

And Khloe Kardashian and  boyfriend Tristan Thompson put on a united front at the launch of the make-up line from her youngest sister, Kylie and pal Jordyn Woods.

Khloe, 34, and her baby-daddy, 27, held hands at the lavish bash in Studio City, California, on Friday.

Holding hands: Khloe Kardashian and boyfriend Tristan Thompson put on a united front at the launch of the make-up line from her youngest sister, Kylie and pal Jordyn Woods

The reality television star, who shares daughter True with the Cleveland Cavaliers player, showed off her curves in a skin tight black outfit.

Her blonde hair was looking voluminous and worn in a centre parting with beach waves framing her pretty face. 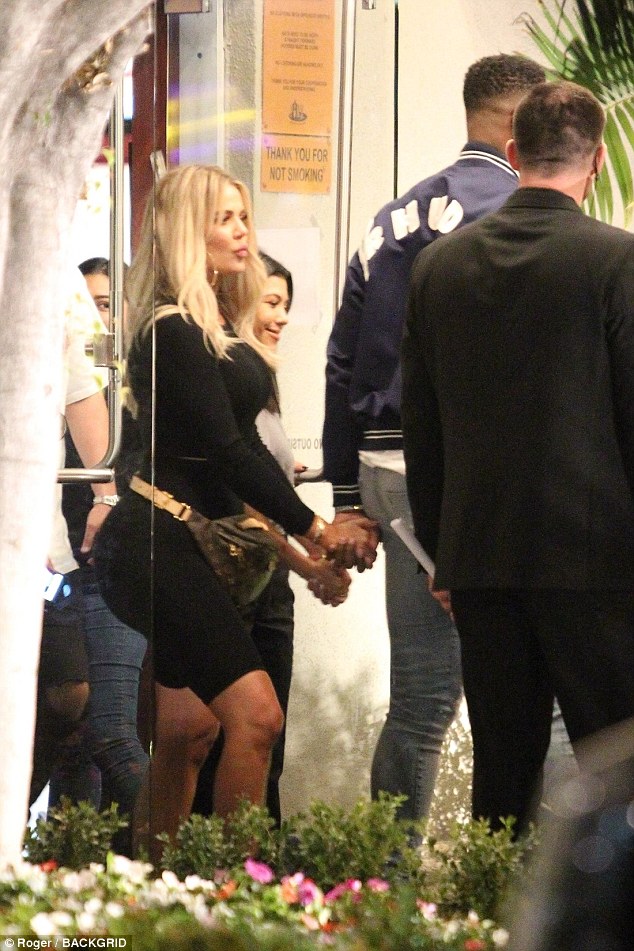 Keeping up: Khloe, 34, and her baby-daddy, 27, held hands at the lavish bash in Studio City, California, on Friday

The outing comes days after People claimed that she will soon moving back to Cleveland, Ohio to be near her baby daddy Tristan Thompson of the Cleveland Cavaliers.

She is expected to make the trek with their five-month-old daughter True Thompson in the near future.

‘He has games in October. They are all moving back to Cleveland, and it’s hard for Khloe. She will really miss Kris [Jenner] and her sisters,’ said a source.

The Keeping Up With The Kardashians star now feels confident about her relationship with the Cleveland Cavaliers player after he cheated on her with several women just before she welcomed their daughter in April.

She had been living with the 27-year-old athlete earlier this year in Ohio, but then returned to LA in early summer after basketball season was over.

Ever since the two have looked in love as they have enjoyed time with her family.

‘Khloe and Tristan are great,’ the source said. ‘Ever since they have both been in LA with True, they have really worked on relationship issues. They had an amazing summer together and a gorgeous family vacation.’

But Khloe will miss Kim, Kourtney, Kendall and Kylie as well as mom Kris. And True will no doubt miss her cousins Stormi and Chicago who are about her age.

She always planned on going back to Cleveland with Thompson, it has been claimed.

‘It’s their home,’ the second source says. ‘But True will still spend plenty of time with her cousins and family in L.A. They’ll travel back and forth.’

‘She can go out without being photographed. No one judges her. She loves it! Khloe found it much more stressful to be pregnant in Los Angeles,’ a source told People earlier this year. 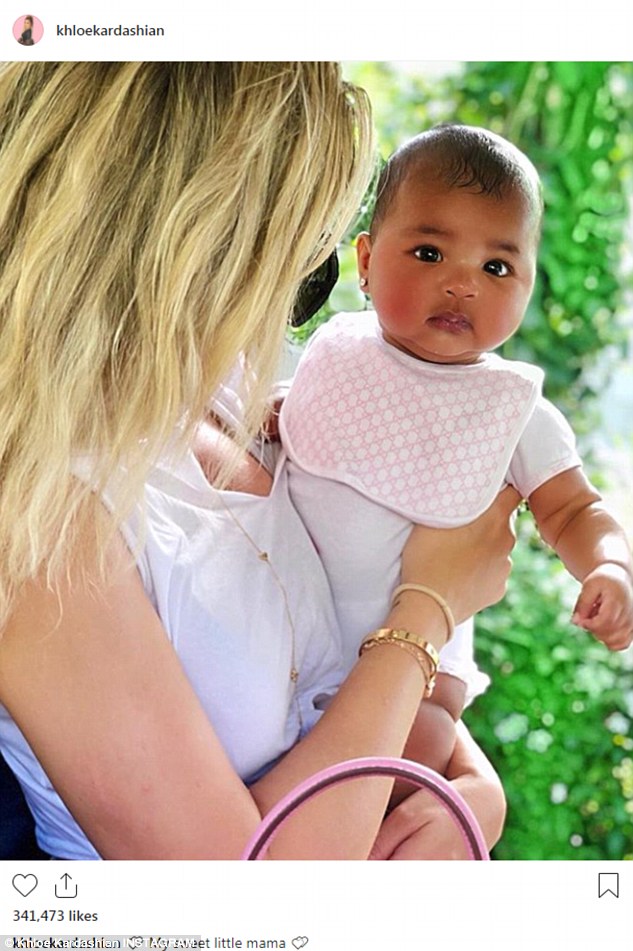 Her pride and joy: She is expected to make the trek with True Thompson in the near future