Eibar striker Kike Garcia scored one of the goals of his life against Real Madrid on Sunday and proceeded to tell one of his team-mates in the stands to shut up.

Eibar were 2-0 down after just 13 minutes in the LaLiga clash before Kike got his side back in the game with a stunning curling strike from outside the box midway through the first half.

Instead of celebrating, however, he proceeded to make his way towards the stands in search of somebody. 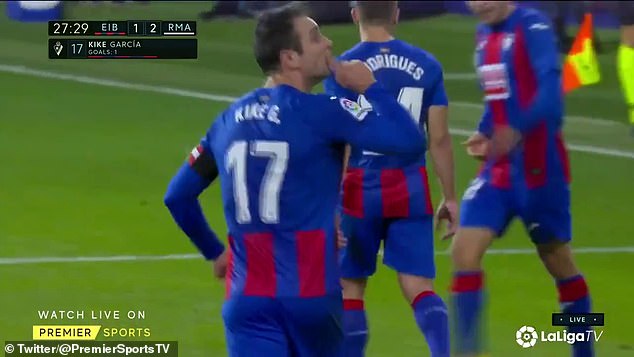 Spotting who he was looking for, the Spaniard pointed and put his finger to his lips before shouting something.

It turns out Kike’s actions were directed at injured team-mate Jose Angel, who he says gives him a hard time in training.

Providing an explanation following the 3-1 defeat, Kike said: ‘When we are training he is like the coach. He voices a lot and is very aware of me. 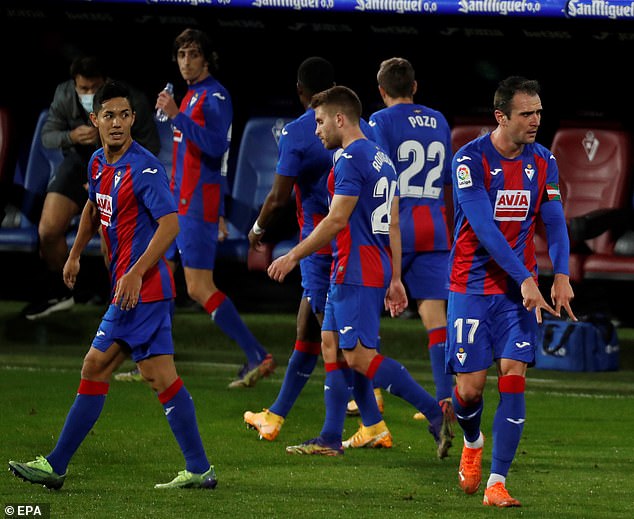 ‘We have a very good relationship and he is always picking on me. It annoys me a lot. We want him to be on the pitch because everything looks very easy from the outside.’

Lucas Vasquez ultimately wrapped up the three points for Madrid in the 92nd minute, following the early goals from Karim Benzema and Luka Modric.

Madrid sit second, level on points with Atletico, while Eibar are 14th.