Films starring Kim Kardashian, Oscar-winner Jon Voight and Paris Hilton have been ranked among the worst-ever on movie website IMDb.

The most atrocious ten of the ‘Bottom 100 Lowest Rated’ movies include Birdemic: Shock And Terror, in which a flock of mutated birds wreak havoc on a quiet town; and Code Name K.O.Z – a Turkish political propaganda film that fared so poorly, cinemas showed it for free a few days after it was released.

Taking the ignominious No.1 spot is 2008’s aptly named Disaster Movie, about a group of friends trying to avoid natural and man-made disasters.

A sabre-toothed Amy Winehouse-lookalike confronts a caveman in the opening dream sequence and, later, Kim Kardashian and Carmen Electra’s scantily clad characters wrestle each other.

Disaster Movie takes the No. 1 spot in the ‘Bottom’ list of films, as voted by IMDb users. In one scene, Kim Kardashian and Carmen Electra’s characters face off in a wrestling ring

Elsewhere in the film – written by the team behind Scary Movie – ‘Iron Man’ is crushed by a cow and US teen sitcom pop singer ‘Hannah Montana’ is killed by a meteorite.

The Internet Movie Database has 83million registered users who can cast a vote (from 1 to 10) on every released title in its directory, which comprises almost 600,000 films, and millions of TV series.

There are many different film ranking lists on the site.

A spokesperson for IMDb told MailOnline: ‘The reason for the discrepancy between the official Bottom Chart and any other list/search is that the Bottom chart is based on, and only includes, votes from IMDb regular voters. Other pages that reference the chart might be lists or search pages that include titles in the Bottom chart as one of the filters or sort criteria.’

Plot: A group of twentysomethings face a series of catastrophic events, including a tornado, earthquake, city-wide freeze and meteor shower. Knock-off versions of Batman, Hulk and Alvin and the Chipmunks also feature. During one scene in a museum, it is revealed that only a Crystal Skull can prevent the end of the world. 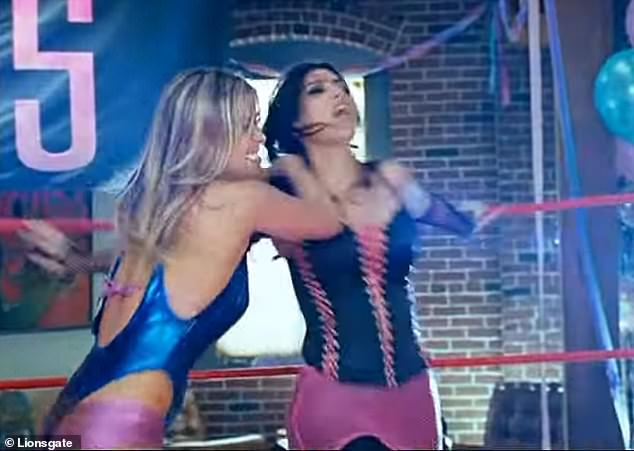 Kim and Carmen fight during a wrestling scene in Disaster Movie, which also features evil chipmunks and a crystal skull. Regular IMDb users have given it a rating of 2.0/10 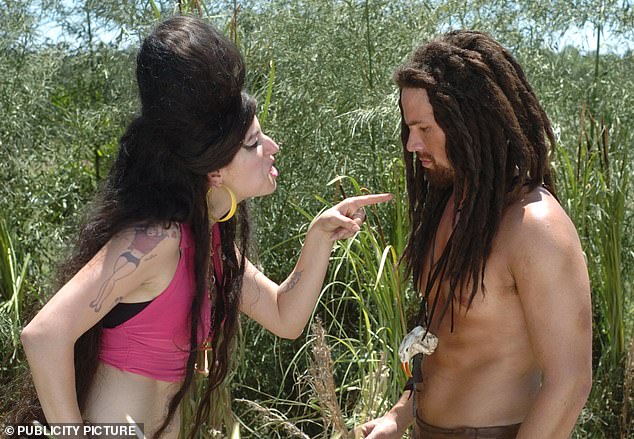 A sabre-toothed ‘Amy Winehouse’ tells a caveman in 10,001 BC that the world will end in 2008 in the opening dream sequence of the parody movie 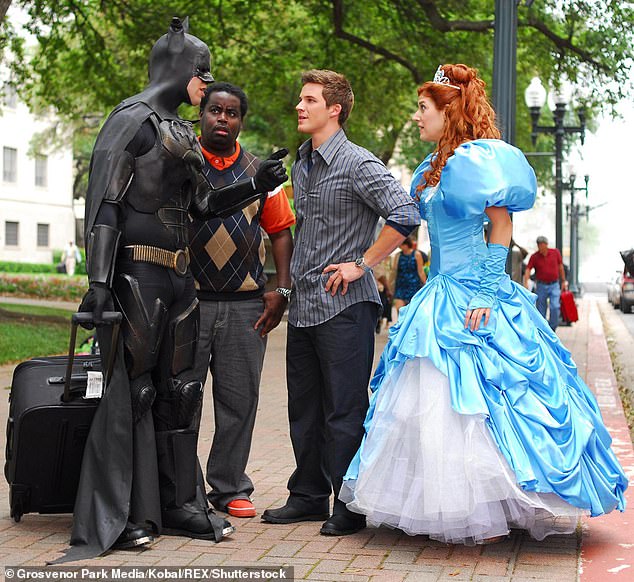 In one scene, some of the group encounter Batman (with a wheeled suitcase), who tells them they must head towards evacuation buses if they want to survive

Plot: Rod, a successful software salesman in Silicon Valley, hooks up with his old classmate, Nathalie, who is now a wannabe lingerie model. The relationship blossoms – but evil is lurking on the doorstep of their quaint California town. Soon, they and other townsfolk come under attack from mutant acid-spitting eagles and vultures. 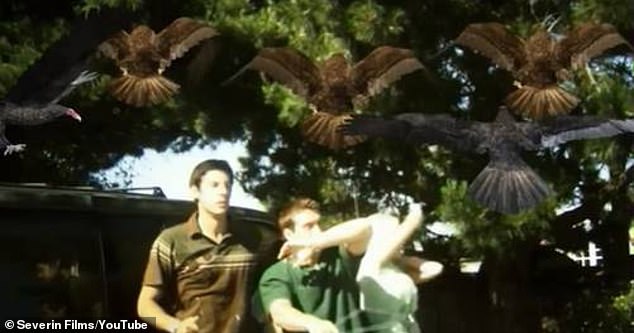 Birdemic: Shock And Terror (above) was mainly filmed in Half Moon Bay, California, and was inspired by Alfred Hitchcock’s 1963 classic The Birds. Its wooden acting and avian SFX – which don’t look that special – helped propel Birdemic to number 6 on the Bottom List on IMDb

Plot: Super-smart infants find themselves embroiled in a dastardly plan devised by media mogul Bill Biscane (played by Jon Voight) to crack the code of baby talk. In a race against time, the babies – Brain Boy, Cupid Girl, Bouncing Baby and Baby Courageous – have to stop the atrociously German-accented Biscane from using his state-of-the-art satellite system to control the minds of the world’s population. 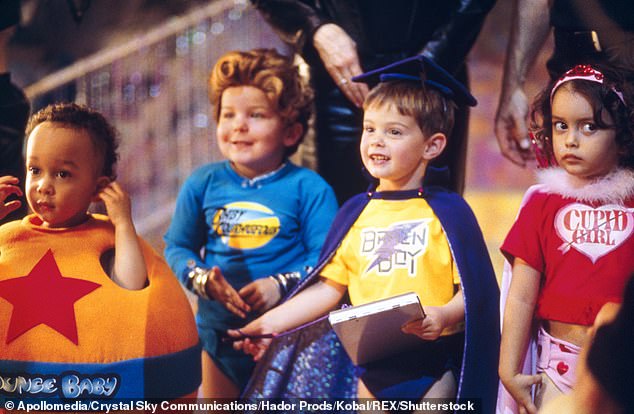 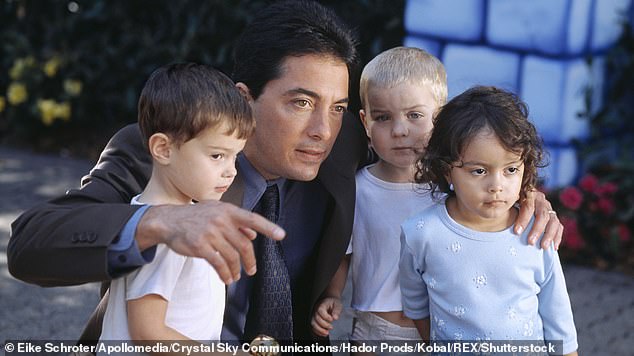 Plot: A vacationing family – Michael, Margaret and their young daughter Debbie – lose their way on a road trip in the Texas desert. They chance upon a lodge, where they soon become trapped. It is home to a pagan cult, led by a man known as The Master who has many wives. When the family try to escape, the cult members stop them. The Master demands that Michael be sacrificed to the deity Manos – and he intends to take Margaret and Debbie as his new wives…

Plot: Code Name: K.O.Z. focuses on the crumbling relationship between the Turkish government, under President Recep Tayyip Erdogan, and forces aligned with a villainised Fethullah Gulen. A thinly veiled take on a 2013 corruption scandal, it features a fictionalised PM modelled on Erdogan, and is told from his government’s perspective. A real-life Islamic cleric, Gulen was once Erdogan’s ally but, in 2014, he was accused of plotting to overthrow the government. He now lives in self-imposed exile in the US.

The second-worst film on the list is Superbabies: Baby Geniuses 2, with Jon Voight as a media mogul whose evil plans are ruined by super-tots called Brain Boy, Cupid Girl, Bouncing Baby and Baby Courageous.

Voight, who has starred in such classics as Deliverance and Midnight Cowboy, won an Academy Award for Best Actor in 1978’s Coming Home, where he played a paraplegic Vietnam veteran.

His character in Superbabies has a Teutonic accent which has been slated by movie fans – with one IMDb reviewer calling it, ‘a simply dreadful German accent that has to be among the worst ever accents in film history’.

At the other end of the acting spectrum, Paris Hilton, who stars in two films on the list – Pledge This! and The Hottie & The Nottie – won a Golden Raspberry (‘Razzie’) Award in 2010 for Worst Actress of the Decade.

It’s the story of a family who get lost on a road trip in Texas and end up at the mercy of a pagan cult whose Master wants to add someone to his wife collection.

The film’s director, Harold P. Warren once said: ‘Always give 110% in everything you do. If you don’t give it your all, there is no sense in doing it at all.’

However, one IMDb reviewer had this to say about Manos: ‘Some films are so bad, they’re good. Meaning “fun” or “entertaining” or at least “interesting”… But few films can claim to be so dreadful, you actually feel physical pain while viewing them.’

Plot: In this faith-based American comedy, Kirk Cameron (a former child actor, now evangelical Christian) is concerned that his sister’s annual festive gathering is about to be ruined by Christian, his brother-in-law. Kirk makes it his mission to show him how crucial Christ is to the holiday season. 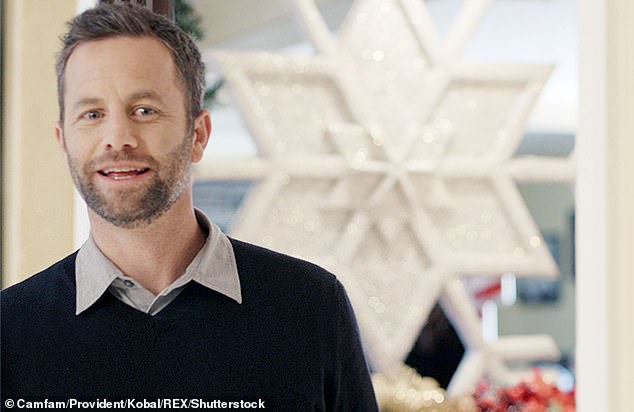 Christian (played by the director, Darren Doane, above) stars in Saving Christmas as a brother-in-law who doesn’t embrace festive cheer

Plot: Paris Hilton stars as Victoria English, the leader of Gamma Gamma – a sorority at South Beach University which pledges a group of outcasts… but she has ulterior motives. Due to an exploding toilet incident, the gaggle of female freshman misfits has nowhere to live and they end up on the radar of English. Her real reason for welcoming them? To try to win the title of Hottest Sorority in a men’s magazine.

Plot: Nate Cooper (Joel David Moore) has trouble connecting with women – and has never forgotten his elementary school crush, Cristabel (Paris Hilton). When Nate meets up with her on an LA beach, he tries to date her – but she says she won’t go out with anyone unless her ugly best friend June Phigg (Christine Larkin) also has a date. Everything changes when June gets a makeover… 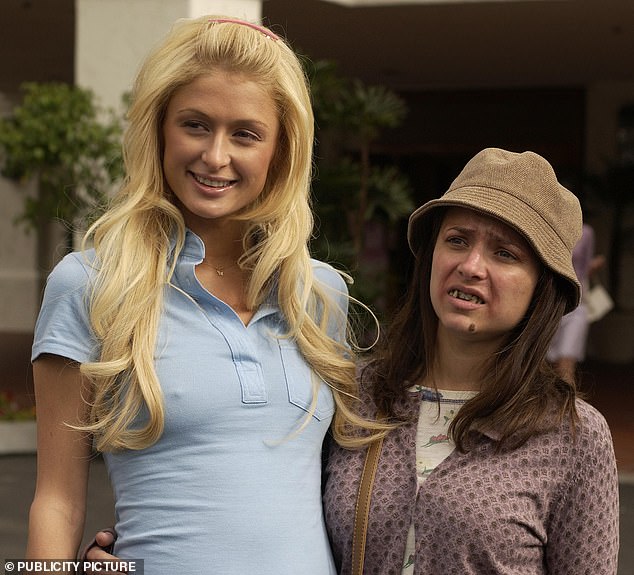 Paris Hilton and Christine Lakin (above) in The Hottie & The Nottie. One of two Hilton movies on the list, this effort features a fungal toenail gag 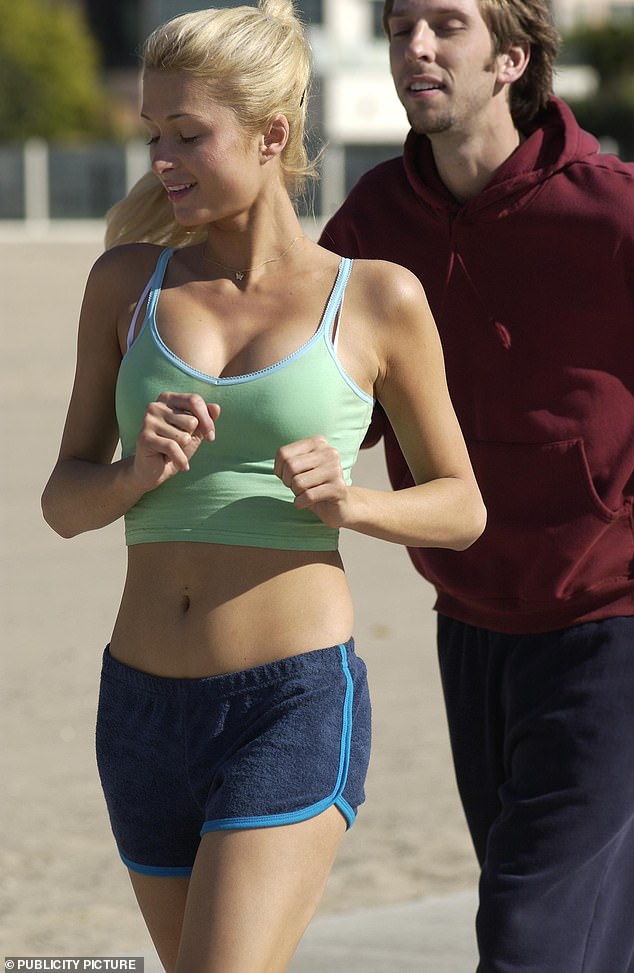 Joel David Moore (as Nate Cooper) and Paris Hilton (as Cristabel Abbott). In the movie, Nate has trouble forming relationships with women – and can’t forget his first crush, Cristabel, from his elementary school days

Plot: Five college students head for a remote island with the ominous name Isla del Morte (Island of Death) for a rave. After missing their ferry, they travel there on a smuggler’s boat instead – only to find the island deserted. All the other partygoers have been killed by zombies. Escape is not going to be easy…

Plot: Radhe is a smart, tough cop, on a mission to stop ruthless gangster Rana, who has set up a drugs racket in Mumbai. Rana starts selling drugs to college students – and also school children. As a result, several of the drug addicts kill themselves. Radhe fights (and dances) his way through the high-octane action in his efforts to put an end to Rana and his crime syndicate.

What are IMDb ratings?

IMDb registered users can cast a vote (from 1 to 10) on every released title in the database.

Individual votes are then aggregated and summarised as a single IMDb rating, visible on the title’s main page.

Here, ‘released title’ means that the movie (or TV show) must have been shown publicly at least once (including festival screening).

Users can update their votes as often as they like, but any new vote on the same title will overwrite the previous one, so it is one vote per title per user.

Are ratings the only tool IMDb offers to assess viewers’ opinion of a title?

No. When available, IMDb title pages also include a Metacritic Score for a title, as well as user reviews and links to professional critic reviews from newspapers, magazines and other publications.

[The] aim is to offer a variety of opinions on a title so users can make informed viewing decisions. IMDb also always displays the breakdown of the ratings so users can see the distribution of votes and determine how uniform or polarised the opinion of a movie is.

How does IMDb calculate the rating displayed on a title page?

IMDb takes all the individual ratings cast by registered users and uses them to calculate a single rating. We don’t use the arithmetic mean (i.e. the sum of all votes divided by the number of votes), although we do display the mean and average votes on the votes breakdown page; instead, the rating displayed on a title’s page is a weighted average.     (Source: IMDb.com)