Heartless woman left father’s body in morgue for 18 MONTHS while she claimed more than $75,000 in Centrelink benefits paid to her dad

A woman has been jailed for two years after leaving her father’s body in a morgue for 18 months while claiming more than $75,000 in his pension and carer payments.

Kim Marie Ramsay, 49, pleaded guilty to multiple charges in Western Australia’s District Court last week, after admitting she had failed to advise Centrelink that her father, Edward, who had dementia, had died in June 2017.

Ramsay claimed more than $40,000 in carers payments and $35,000 of his aged care pension for almost two years, using the funds to pay for dental work, motor vehicle bills, and the vet care of her 45 rescue animals.

The court heard her actions were uncovered by authorities in January 2019 after the WA’s Coroner’s Court alerted the Public Trustee to an ‘unclaimed body’ at the morgue, The West Australian reported.

Kim Marie Ramsay, 49, has been jailed after claiming Centrelink payments for her late father for 18 months while his body laid unclaimed in a Western Australian morgue (stock)

The Department of Human Services subsequently contacted Ramsay, who initially denied her father had died and insisted she was still his care giver.

When asked by the representative to put him on the phone, Ramsay said he was ‘unavailable’. She later admitted he was dead.

After disclosing her father’s death, Ramsay told Centrelink she was under financial pressure due to a $16,000 debt while also paying for the care of 40 cats, three ponies, and two horses.

She was charged with dishonestly obtaining a benefit and dishonestly appropriating property from the government agency.

Defence lawyer Sharon Auburn reportedly told the court that Ramsay had a ‘very traumatic background’ and was the only one who could look after her father throughout his illness.

She said her client was suffering from mental health issues, including anxiety and depression, and felt ‘overwhelmed’ when she was left to look after his property and the animals after his death. 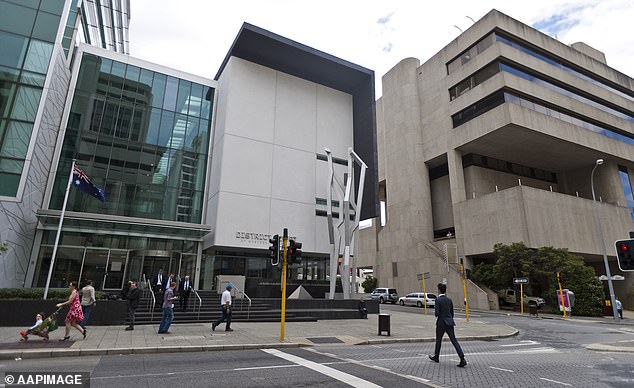 But Judge Michael Gething said Ramsay ‘knew what you were doing was wrong at the time’.

However, Judge Gething accepted Ramsay was now remorseful. She has since paid more than $2000 back to Centrelink, The West Australian reported.

Judge Gething was sentenced to two years behind bars, to be released after one year on a $5000 good behaviour bond.