The dark comedy series set in 1992 follows Krystal as she schemes her way up the ranks of cultish pyramid scheme Founders American Merchandising.

Dark comedy: Kirsten Dunst was shown in a new trailer Monday for her upcoming Showtime series On Becoming A God In Central Florida

The trailer showed Krystal pushing a baby stroller and then attending a FAM recruitment seminar.

‘Those f***ing tapes told us we’d get rich,’ Krystal yelled at him.

‘This system works. Look at where you are and think about where you want to be,’ Obie told her. 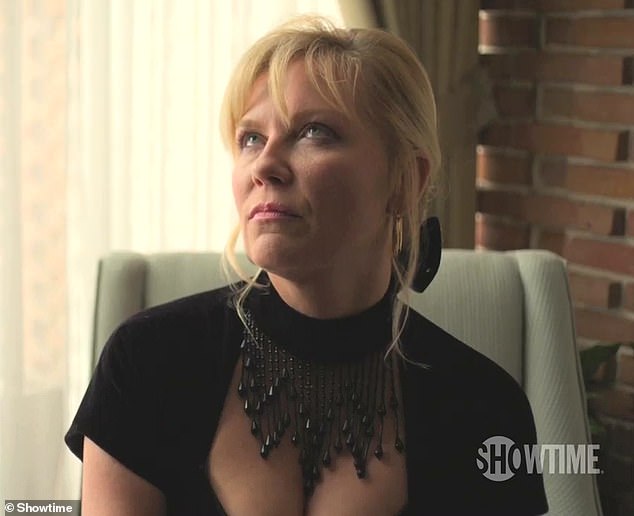 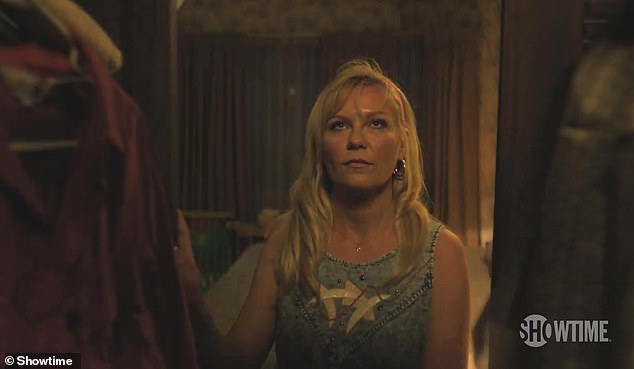 Coming soon: On Becoming A God In Central Florida is set to premiere on August 25 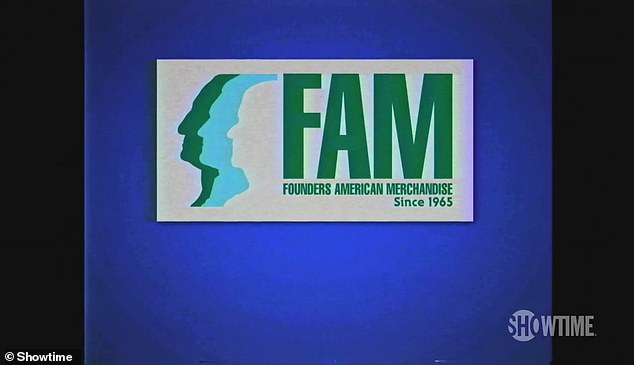 Pyramid scheme: The series is set in 1992 in a town near Orlando, Florida 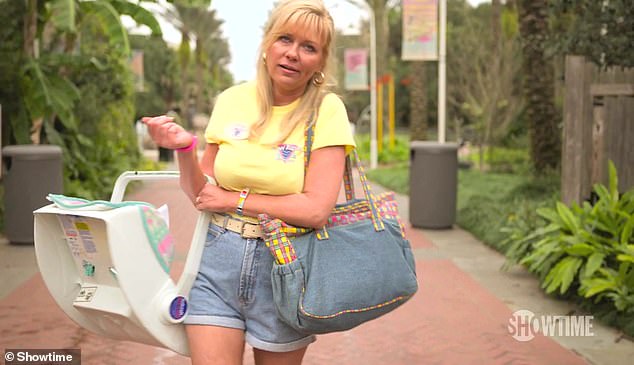 Working mother: Krystal earns minimum wage at a water park in the series 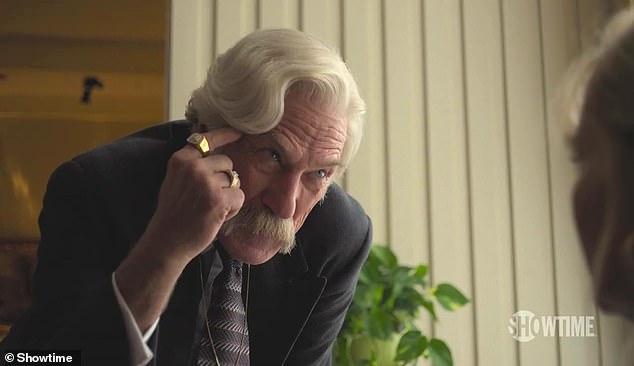 It works: Garbeau told Krystal that his system works after she confronted him

Krystal then pulled of her braces and embraced the FAM model.

She was shown leading a pool dance class before a man pulled the plug, saying it was a ‘perversion’ of the Garbeau system. 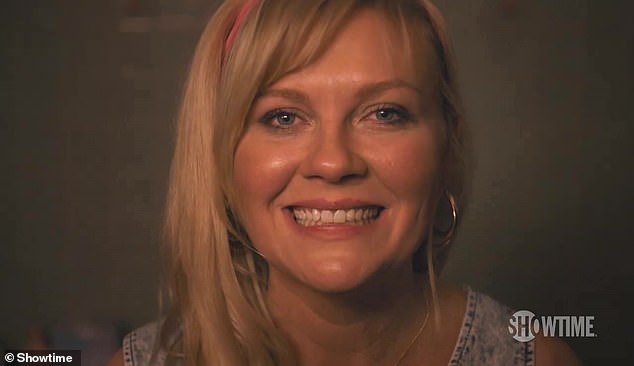 All in: Krystal took off her braces as she embraced the FAM model 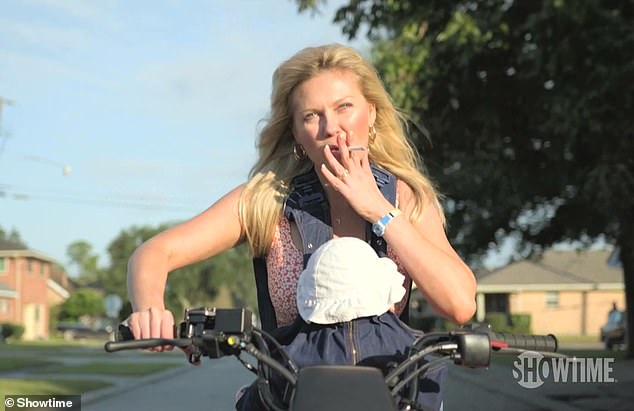 New determination: The Florida woman smoked while riding a motorbike with her child 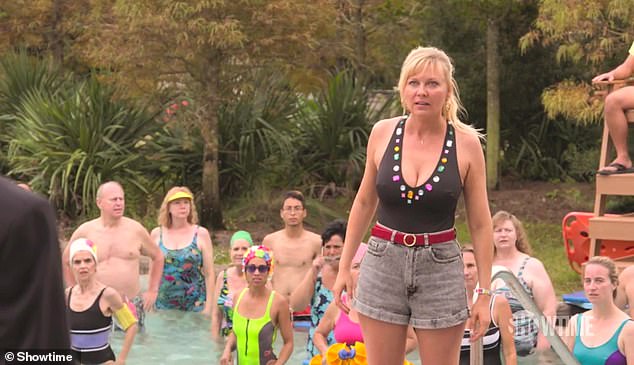 Pool session: Krystal was leading a dance class at a pool as part of her business 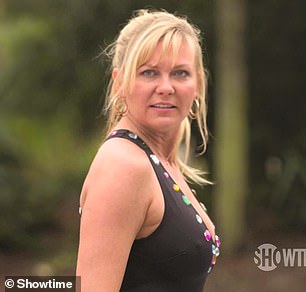 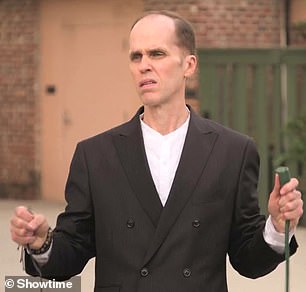 Plug pulled: A man pulled the plug on the pool dancing and called it a ‘perversion’ of the Garbeau system

Krystal then decided to call her own shots as her decisions started to affect her water park boss Ernie, played by Mel Rodriguez, and those close to her.

The trailer toward the end showed Krystal firing a rifle and a yacht blowing up. 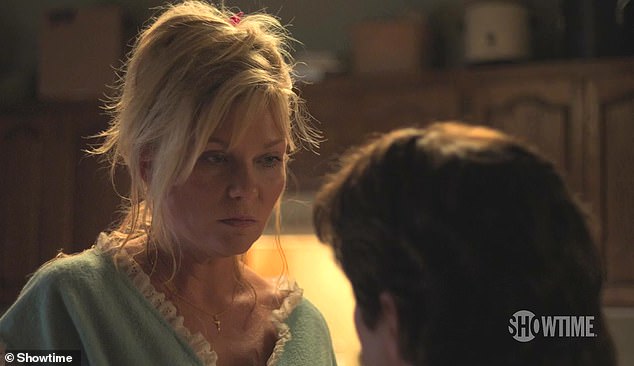 Never again; Krystal declared that she would never be poor again 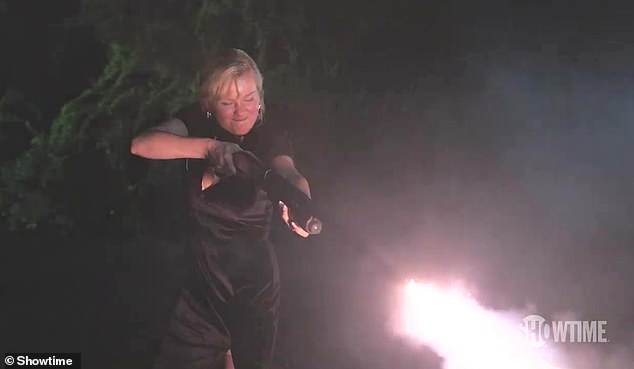 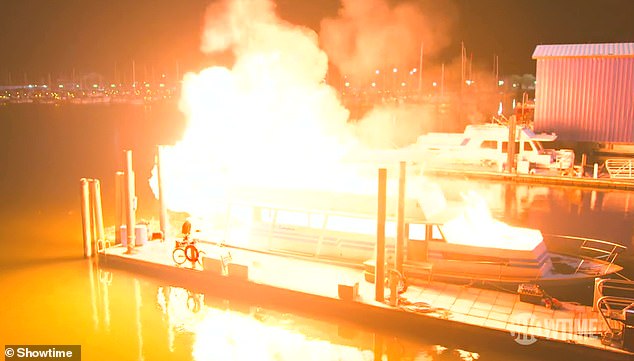 Blown up: A yacht was blown up toward the end of the trailer

‘You are a demon,’ Garbeau told her.

‘No, I’m a businessman,’ Krystal said.

On Becoming A God In Central Florida is set to premiere on August 25 on Showtime. 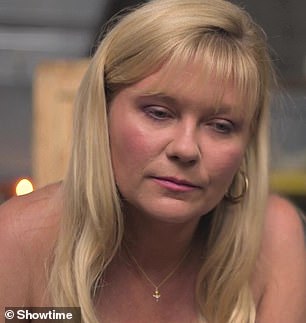 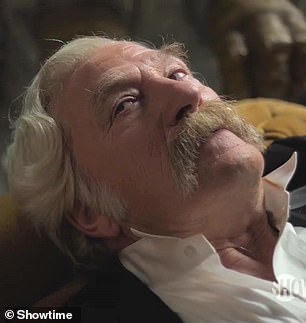 Just business: Krystal was called a demon by Garbeau, but she replied that she was a ‘businessman’