They don’t miss a TRIC! Kirsty Gallacher, Alex Jones and Lizzie Cundy lead the red carpet arrivals as the Television and Radio Industries Club kicks off its annual Christmas luncheon


A host of familiar faces enjoyed an early festive spread on Tuesday as the Television and Radio Industries Club (TRIC) hosted a celebratory Christmas lunch in London.

The annual event gives supporters of the fundraising organisation an opportunity to wine and dine with popular figures from the world of TV, Radio and online, with entertainment provided by West End performers and the Salvation Army band.

With this year’s party held at 8 Northumberland Avenue, guests including TV presenters Kirsty Gallacher, Alex Jones and Lizzie Cundy were among the first to arrive – and wasted no time in seizing a photo opportunity.

Kirsty, 45, cut a chic figure in a black halterneck jumpsuit which she teamed up with a coordinating pair of heels featuring silver embellishments.

The Edinburgh-native tied her glossy brunette tresses into a sleek ponytail as she greeted onlookers before making her way inside.

Joining Kirsty, fellow presenter Alex, 44, opted for a loose-fitting lilac dress with a floor-length hem and pinched shoulders as she made her way into the central London venue’s cavernous Victorian ballroom. 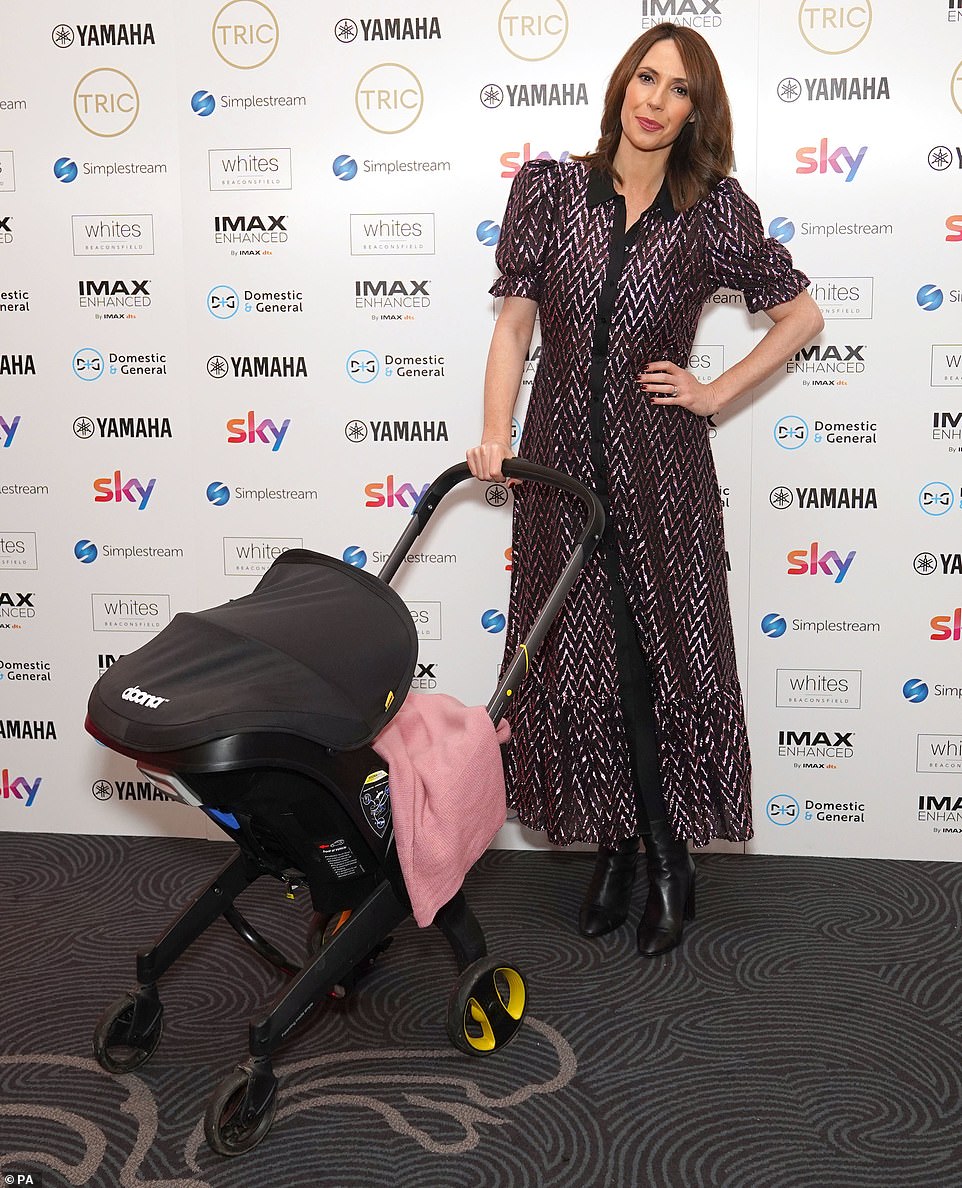 In good company: The One Show host Alex opted to bring along her baby daughter Annie – her youngest child – little more than three months after giving birth

The One Show host opted to bring along her baby daughter Annie – her youngest child – little more than three months after giving birth.

Elsewhere Lizzie, 53, sent temperatures soaring as she flashed her bronzed legs in a dazzling silver minidress, which she teamed up with a matching pair of heels.

She showcased her assets in the plunging number and accessorised her ensemble with a pair of glittering drop beaded earrings. 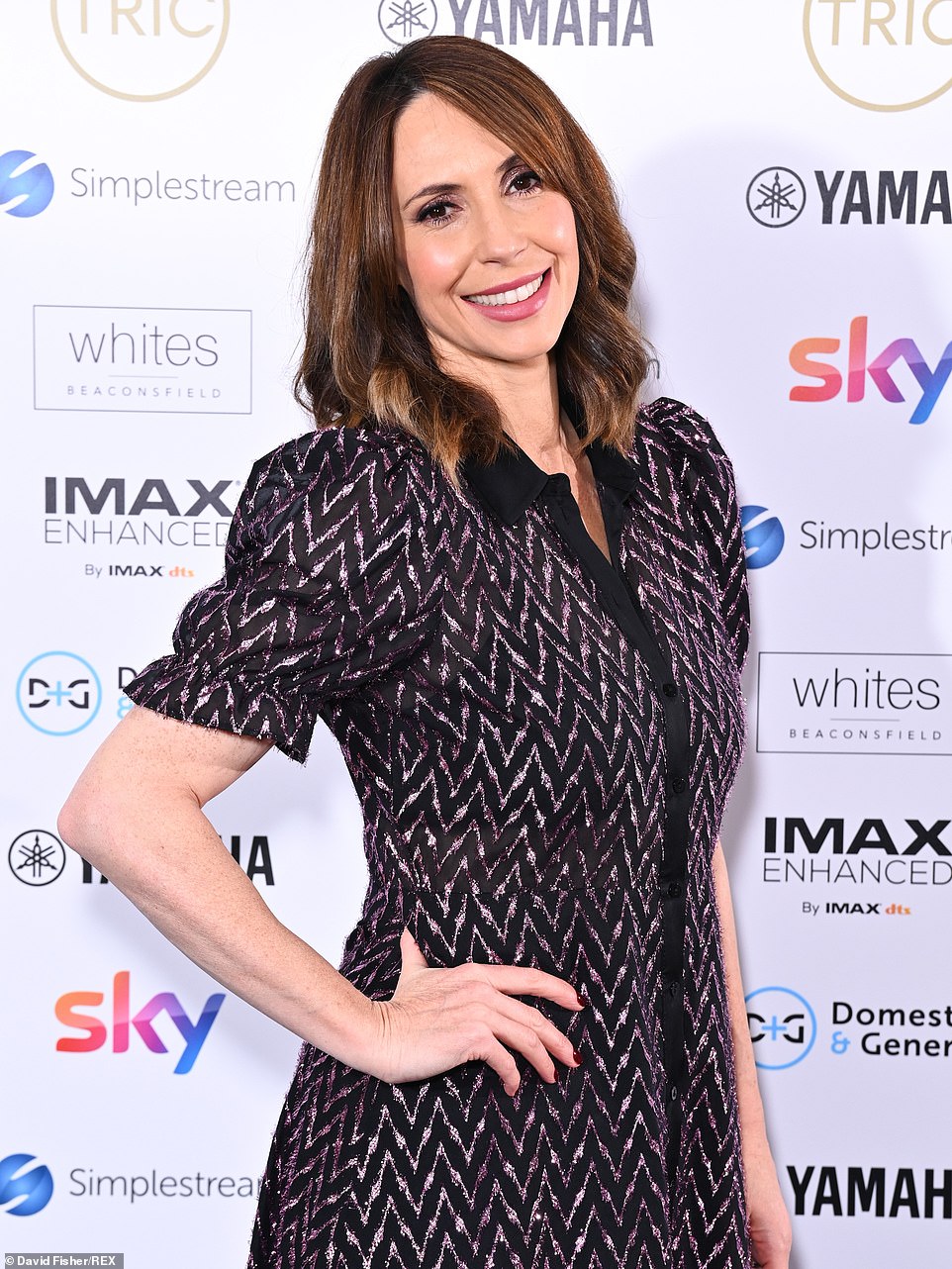 Tasteful: The presenter opted for a loose-fitting lilac dress with pinched shoulders as she made her way into the central London venue’s cavernous Victorian ballroom

Wow! Meanwhile Lizzie showcased her ample assets in the plunging number and accessorised her ensemble with a pair of glittering drop beaded earrings 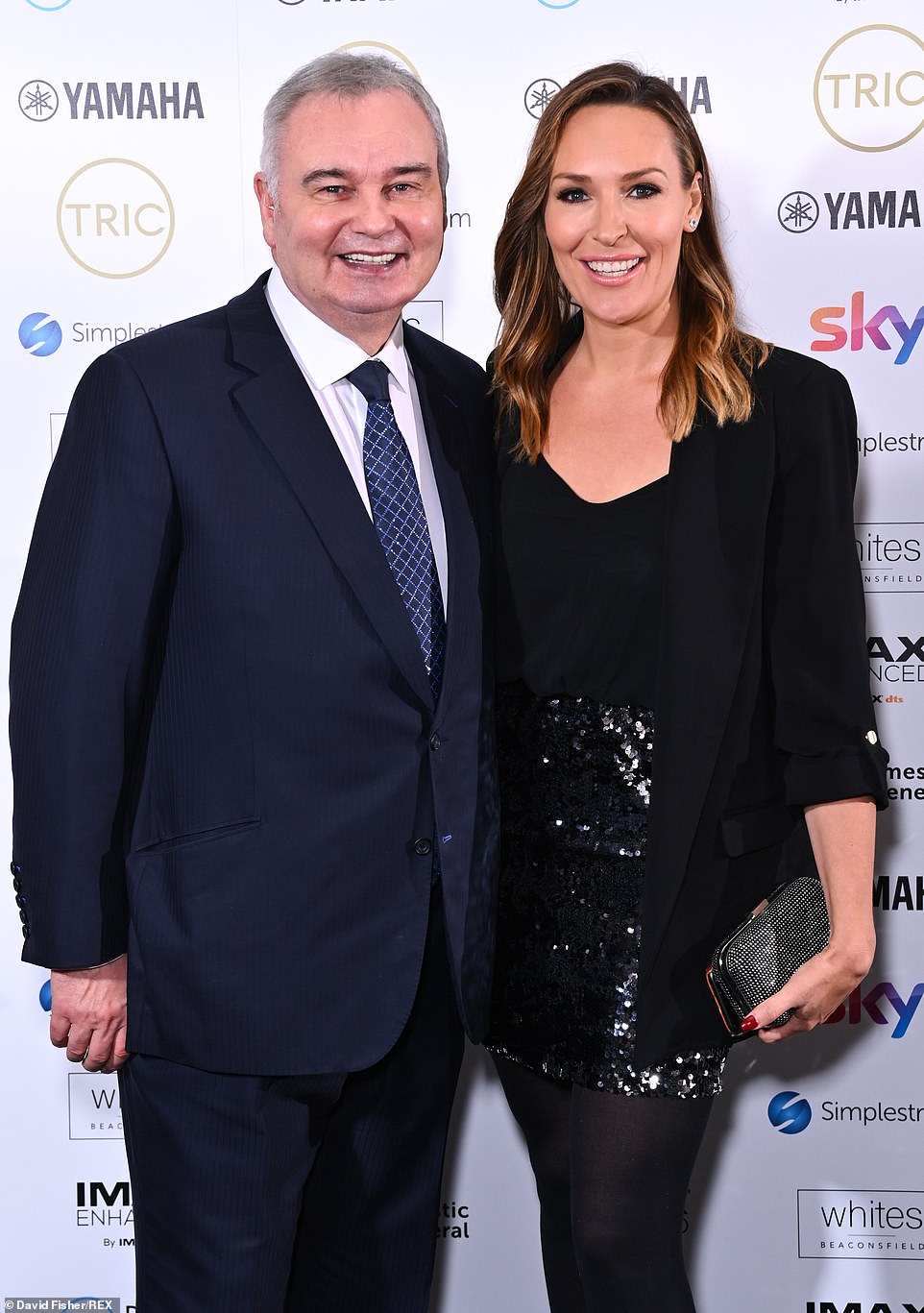 Lorraine Kelly was also in attendance, with the breakfast TV regular evidently in high spirits as she shared a joke with her mother, Anne.

The presenter, 62, embraced the seasonal theme by wearing a festive red sweater emblazoned with a sequinned gold bow while posing for photos. 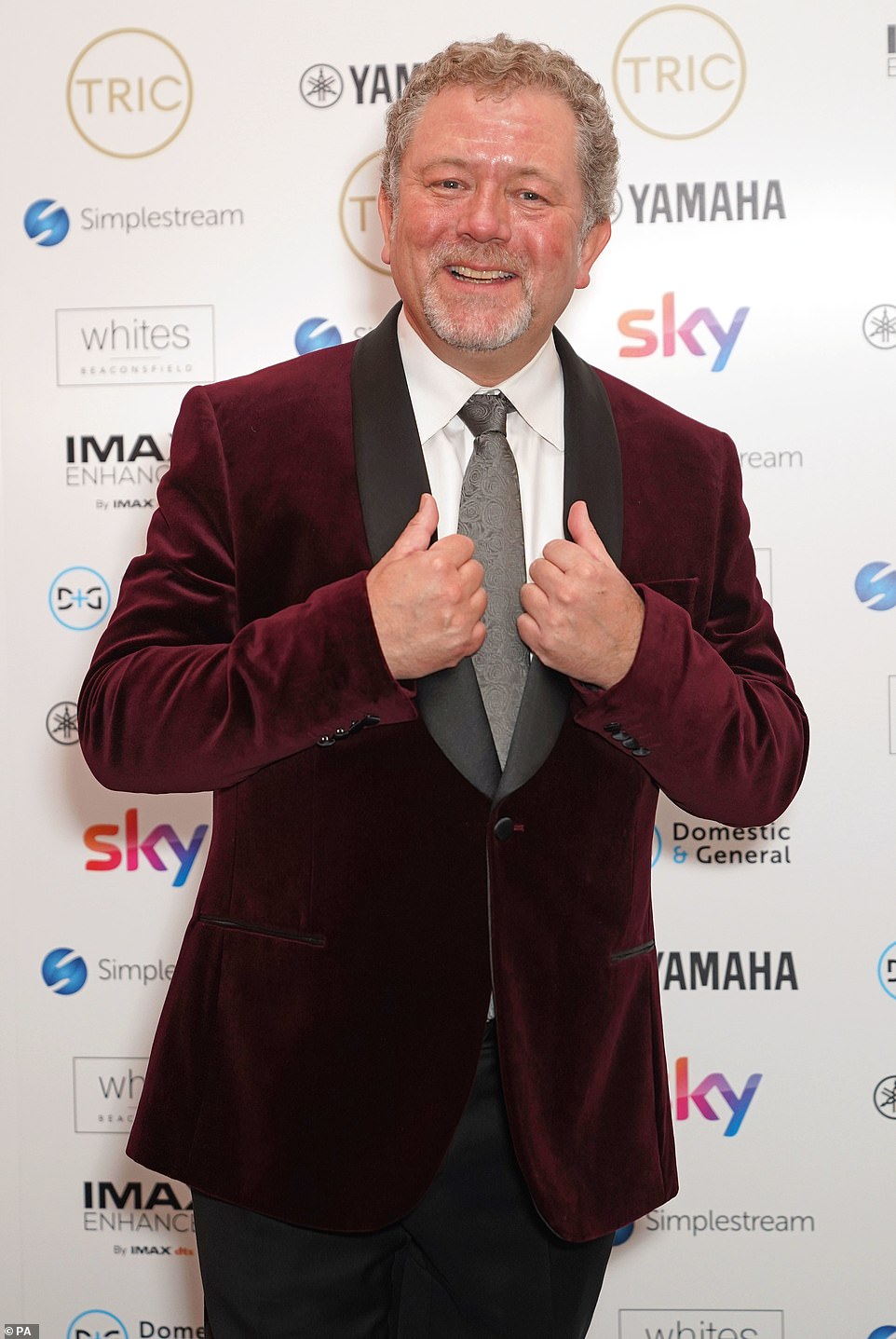 Making an impression: Jon Culshaw looked dapper in a maroon tuxedo and black dress trousers at the event 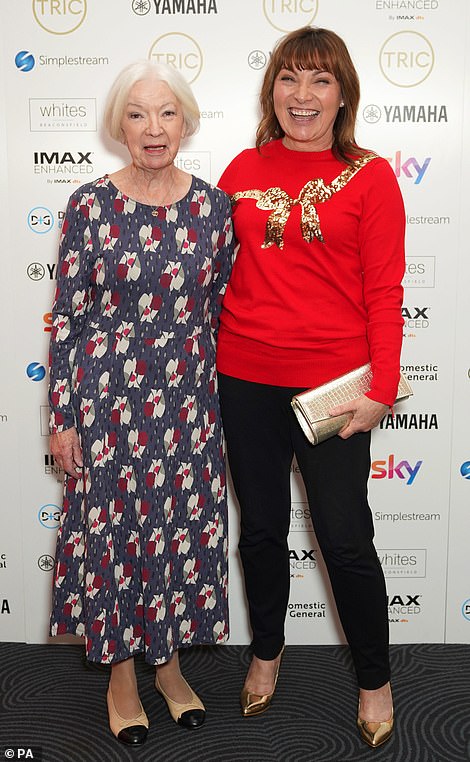 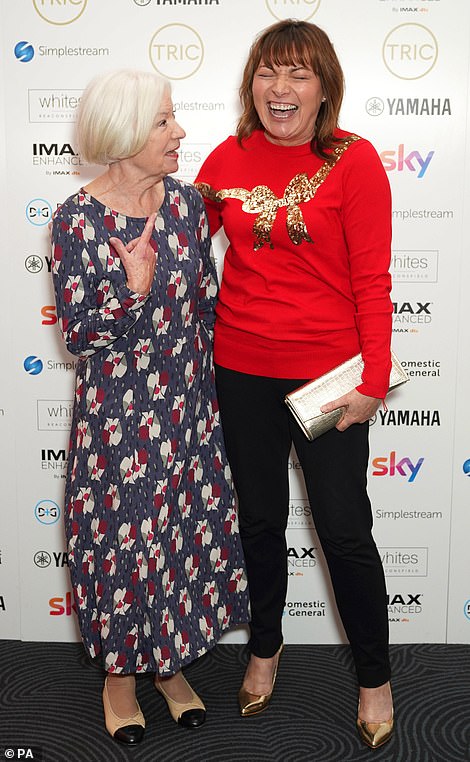 Chip off the auld block: Lorraine Kelly was joined by her mother Anne at the annual event on Tuesday afternoon 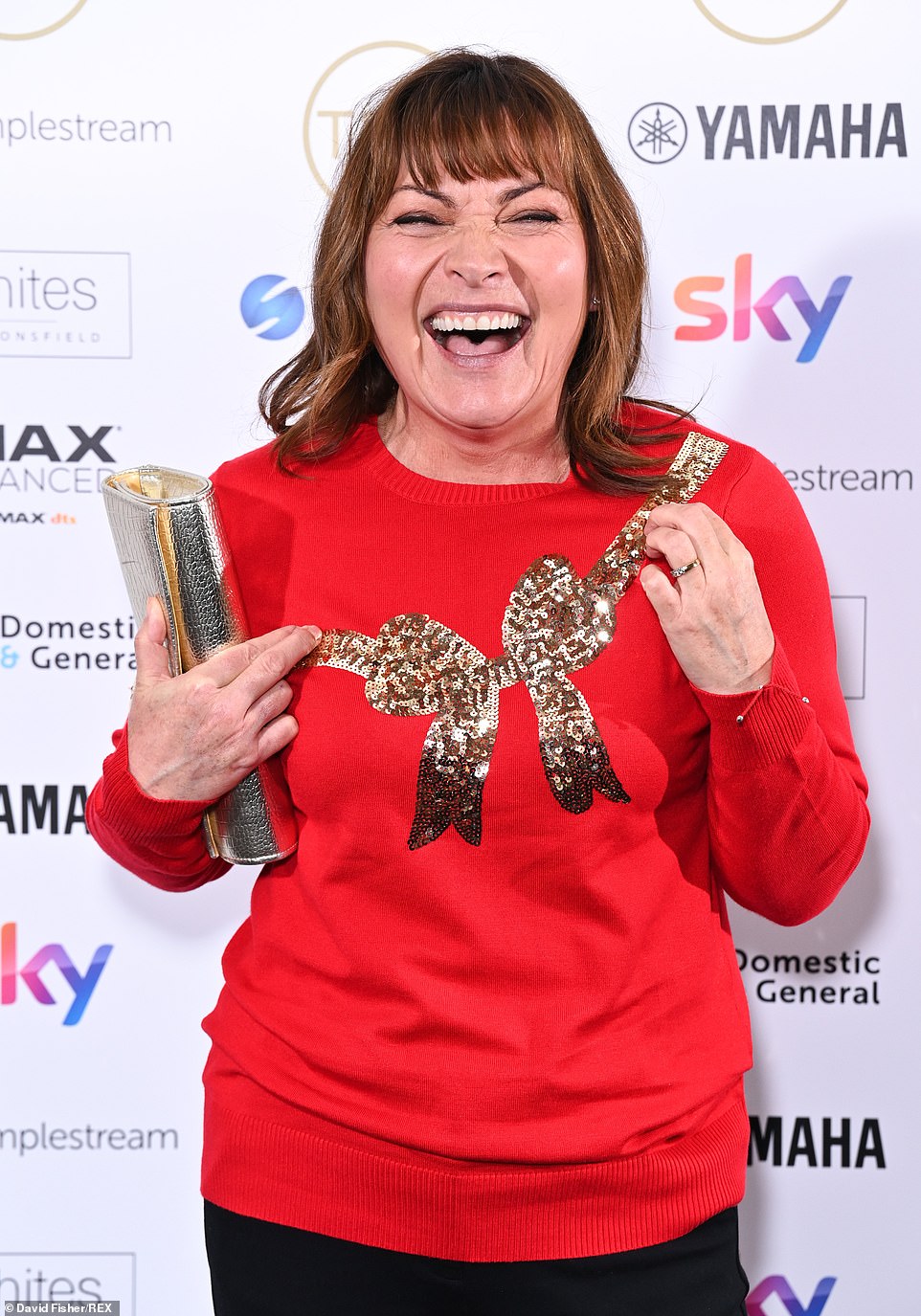 High jinks: Lorraine was clearly ticked during her latest public appearance at the TRIC Christmas luncheon 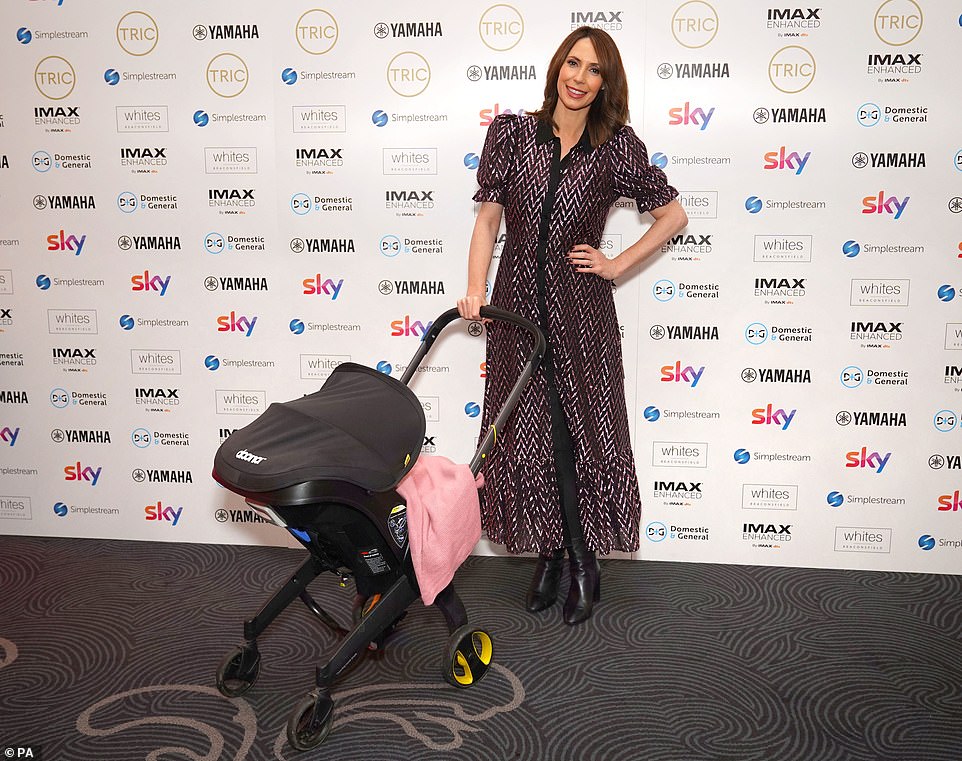 Held since 1969, the TRIC Awards recognises talent from throughout every facet of the entertainment industry and celebrates the achievements of online and on screen productions, with proceeds raised at the event support nominated charities. 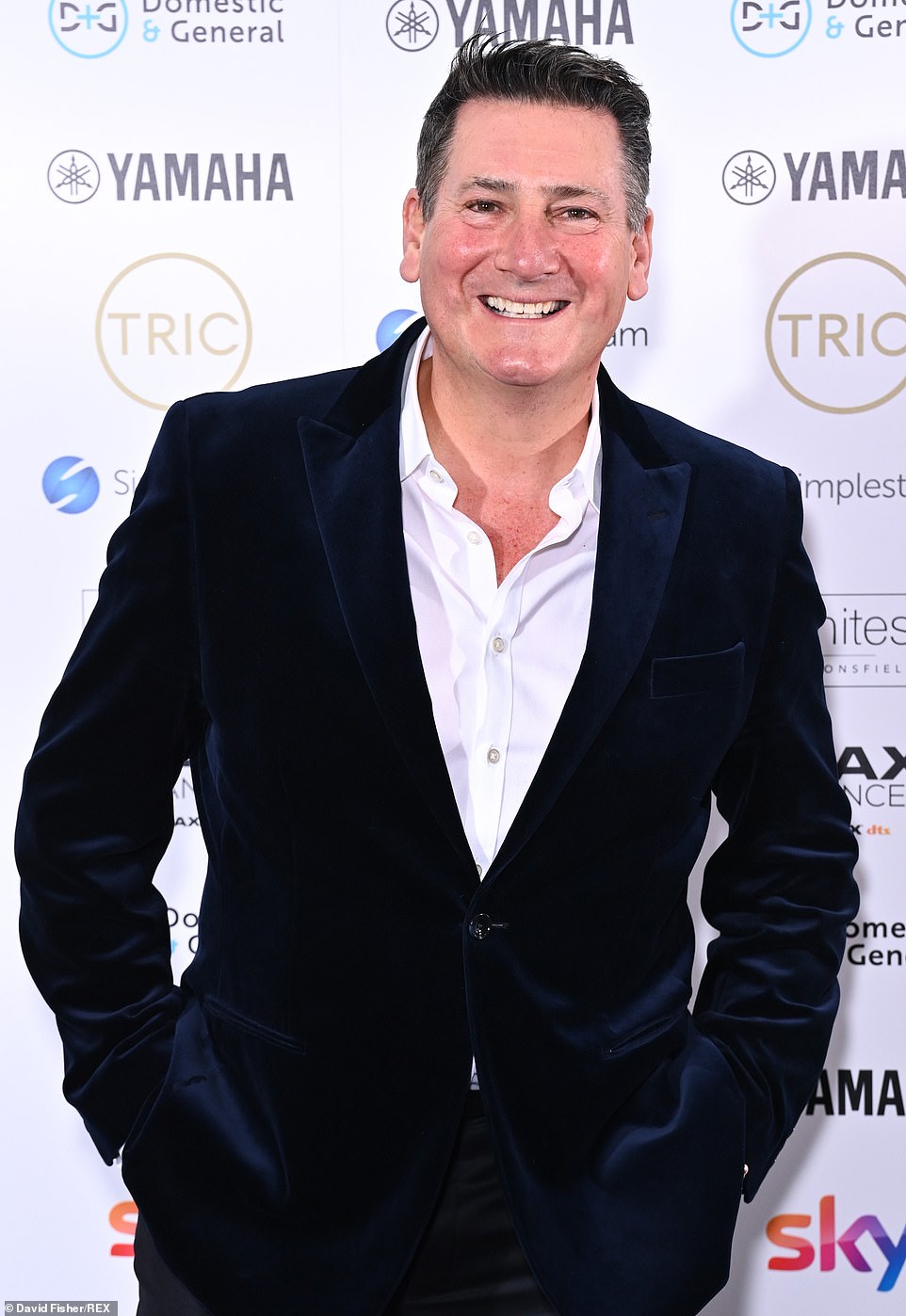 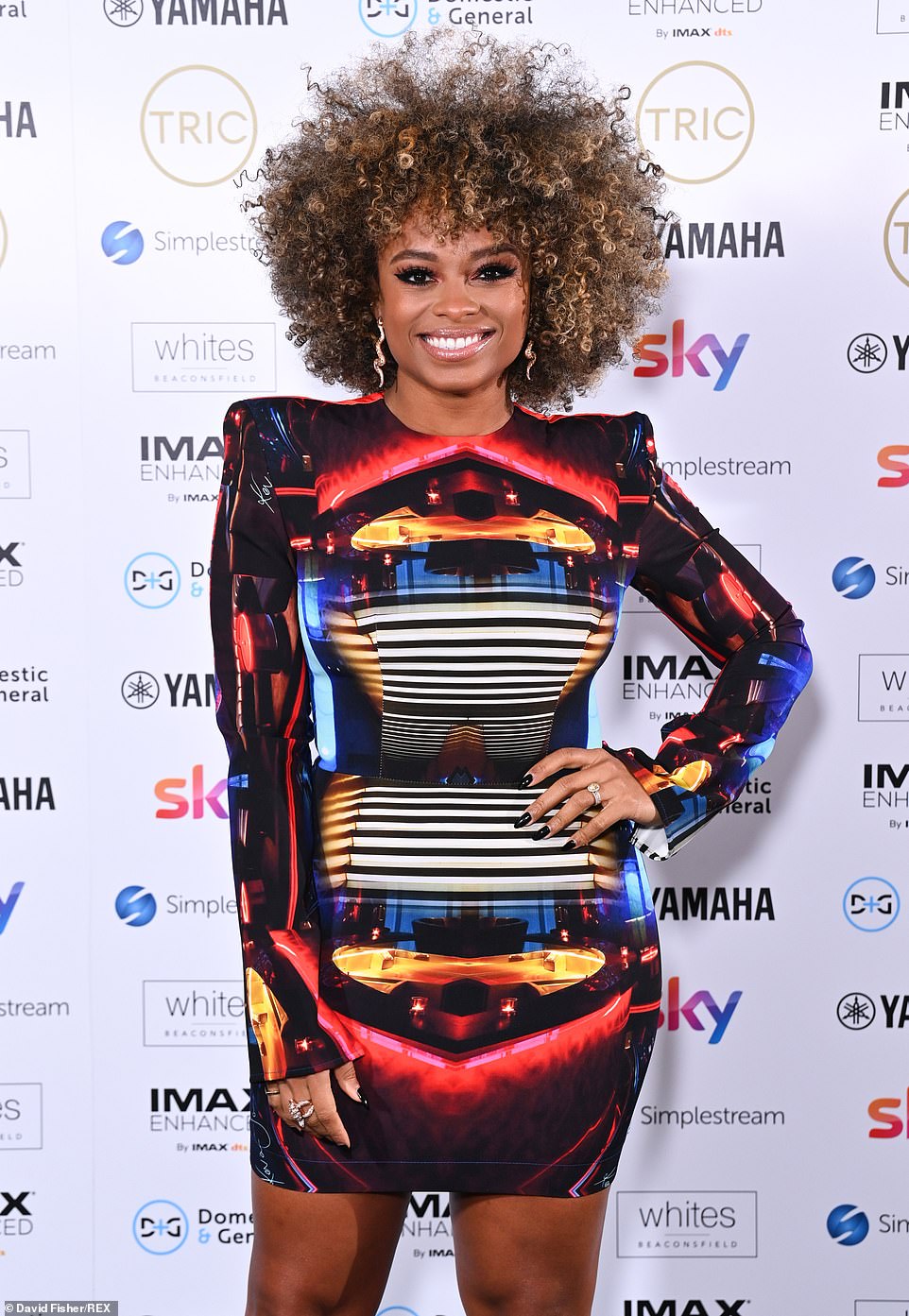 Lovely: Fleur’s vibrant statement dress ensured she stood out as she posed for photos on the red carpet 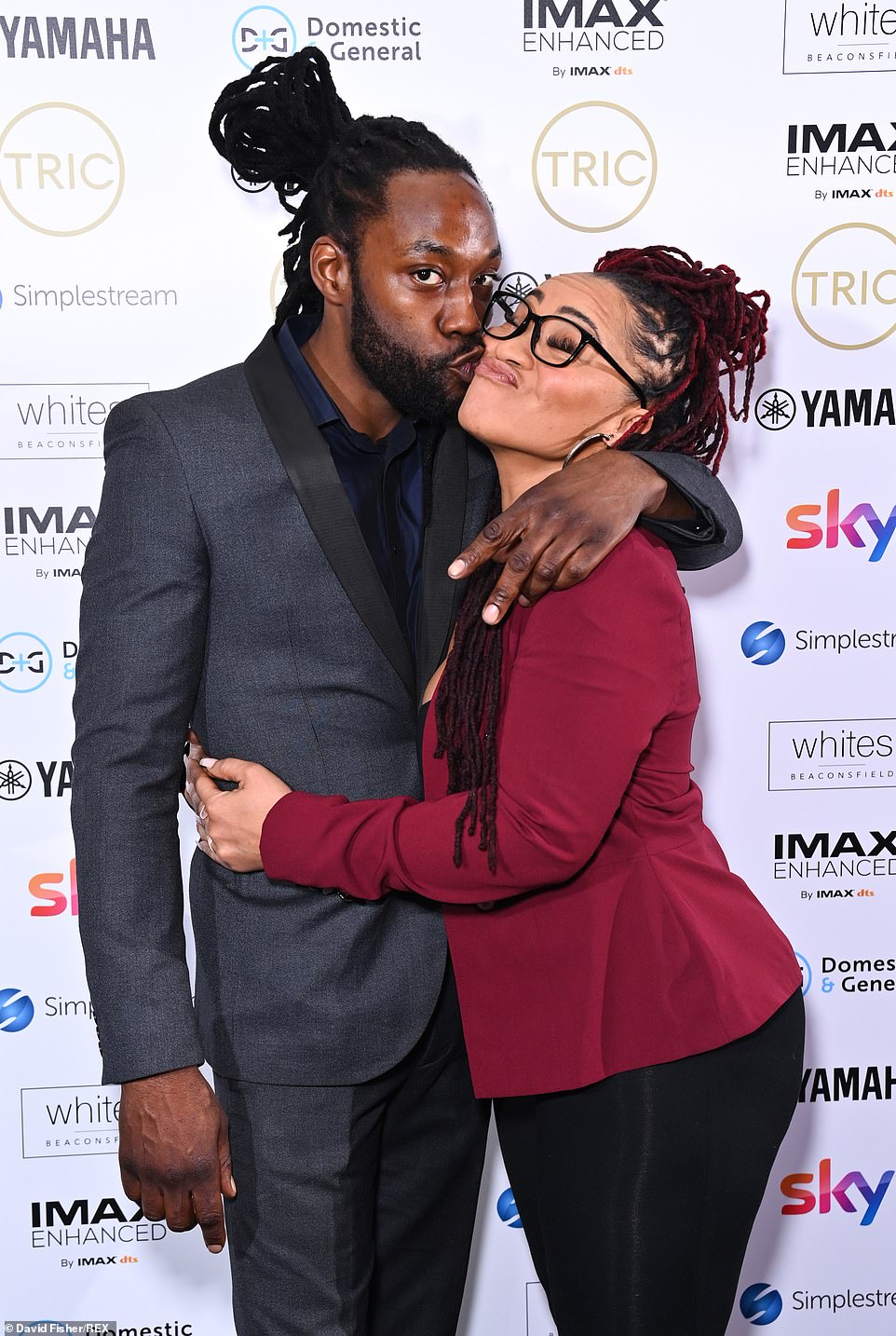 Close: Marcus Luther and Mica Ven shared a kiss as they posed for photos on Tuesday afternoon