‘You on some weird s***, you supposed to call me, not drag me so your podcast can grow’: Furious Kyler Murray fires back at former teammate Patrick Peterson after he said Arizona Cardinals QB only cares about himself

Arizona Cardinals quarterback Kyler Murray calls out Minnesota Vikings all-pro cornerback and former teammate Patrick Peterson for saying he only cares about himself.

Murray has been under a more intense microscope this week after saying Arizona was ‘schematically F***ED’ in loss to Chargers, and brought more attention to the rift between him and head coach Kliff Kingsbury.

‘Kyler Murray don’t care about nobody but Kyler Murray. That’s just a matter of fact,’ said Peterson on the All Things Covered podcast. 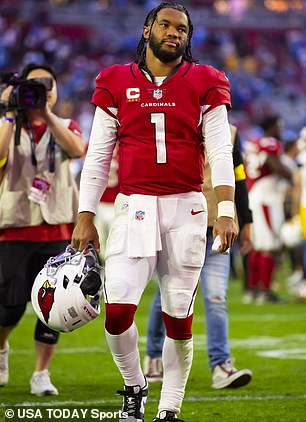 ‘This is the same guy that y’all put in his contract: you got to study four hours a week … But the system messed up?’

The ‘study clause,’ Peterson referred to was eventually removed from Murray’s contract after the team faced several days of backlash. The team then released a statement reading in part ‘it was clearly perceived in ways that were never intended’.

Murray himself had called the clause ‘disrespectful’ and ‘almost a joke’.

He said: ‘I’m not one of those guys that’s going to sit there and kill myself watching film. I don’t sit there for 24 hours and break down this team and that team and watch every game because, in my head, I see so much.’ 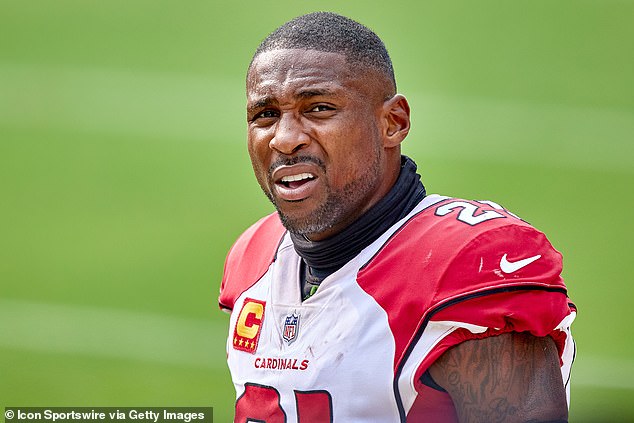 ‘This isn’t true…you on some weird s*** @p2 you got my number, if you really felt like this as a “big bro” or “mentor” you supposed to call me and tell me, not drag me so your podcast can grow.’

Murray and the Cardinals have struggled this season and performed well below expectations en route to a 3-7 record to this point in the season, drawing questions to the status of Kingsbury’s job security.

The ever-apparent rift between Murray and Kingsbury will do nothing to help quiet those rumors, as it is not the first time the two have shown they are not on the same page.

The duo got into a tense exchange in an October win over the New Orleans Saints in which the quarterback screamed at his coach to ‘calm the f*** down.’ 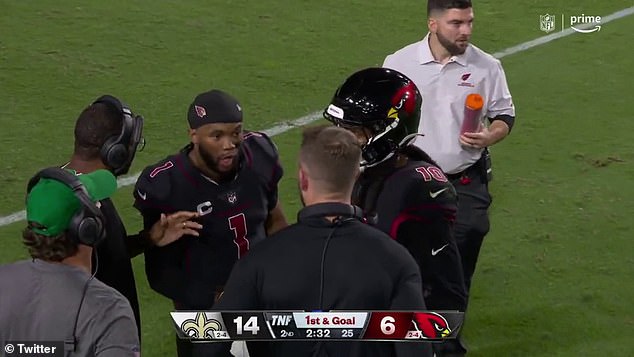