Kylian Mbappe will have learned a tough lesson at Anfield

The only compliment you can pay Kylian Mbappe is that he knew exactly what he had done and how much it meant. Having seemingly earned his team a valuable and unlikely point with a late goal at fortress Anfield, the young Frenchman played a pivotal point in handing it straight back again ten minutes later.

At full-time, the horror of culpability was written all over his face. Jurgen Klopp, the Liverpool manager, offered an embrace that was all but refused and with that he was gone, straight down the tunnel with only his thoughts for company.

His sin had been a simple one and one typical of many a young player, no matter how gifted. 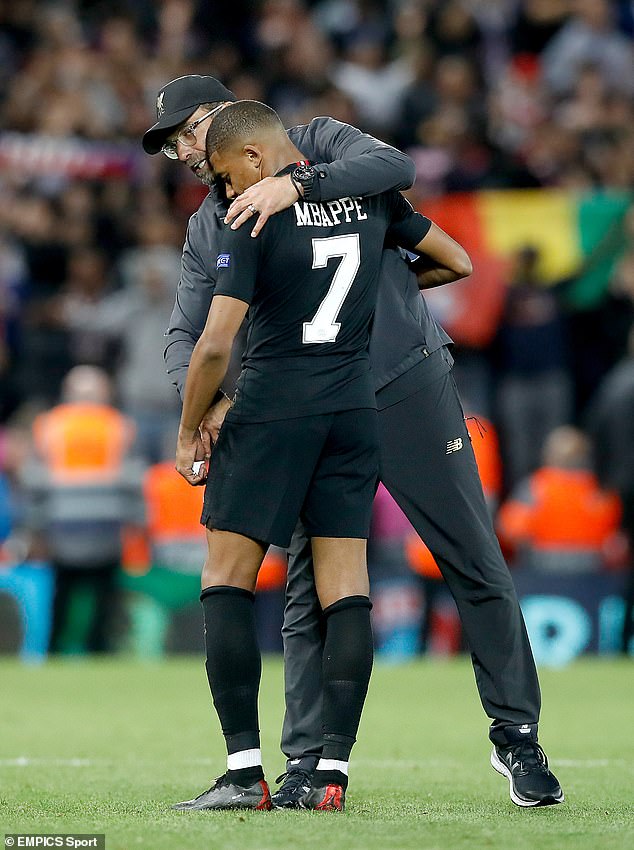 When the ball fell to him five yards outside of the Liverpool penalty area with only a minute of added time to go, there was only one of two places it should have gone. Upfield or out of play.

Instead, Mbappe – a young man whose game is constructed around an inner core of confidence – tried to play a cute pass in the wrong area and in that instant he handed possession back to Liverpool.

There was still much to be done for the Premier League team. Nine times out of ten, Klopp’s side would not have turned Mbappe’s small error in to a goal and with it one point in to three.

But at Anfield small mistakes can grow in to something much more significant very quickly and by the time Roberto Firmino had driven the ball across goalkeeper Alphonse Areola and in to the far corner Mbappe’s world had collapsed around his ankles pretty quickly indeed.

So no wonder, the19-year-old wasn’t quite ready for a cuddle and some words of consolation from Klopp, no matter how well intentioned. No wonder he didn’t join his team-mates in thanking to their fantastic support behind the goal. 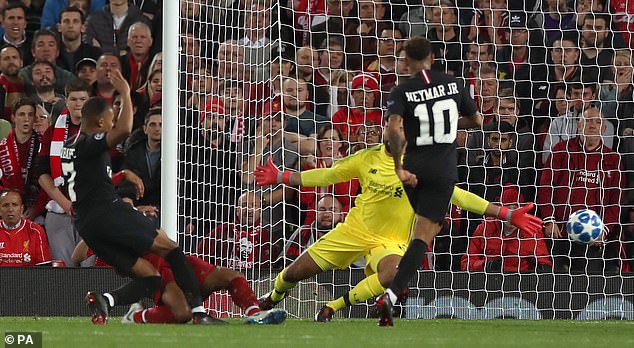 When you get it wrong like this, there really is no other place to go but home.

Mbappe, then, will have learned a small lesson on Merseyside and also maybe a bigger and equally important one. That being that teams like PSG will not be a match for teams like Liverpool – not away from home anyway – until they can equal them for collective spirit and will.

If that sounds a little trite then it shouldn’t be taken as such. PSG have many talented players but here on another memorable Anfield evening they did not turn the sum of their parts in to anything anywhere near as significant as that of their opponents.

When Mbappe equalised with seven minutes of normal time left it was notable not just because it was a goal the French champions hadn’t really deserved but also because it was just about the only time the teenager and team-mate Neymar had got free of the Liverpool midfield stranglehold all night.

It is natural that Liverpool’s attacking players get so much attention these days. It is hard to score 42 goals – as Mo Salah did last season – and fly under the radar.

But this was a victory that was earned on the back of Liverpool’s ferocious midfield work, a collective effort that ensured the likes of Mbappe, Neymar, Angel di Maria and Edinson Cavani were never allowed the time or the encouragement to leave a lasting imprint on the game. 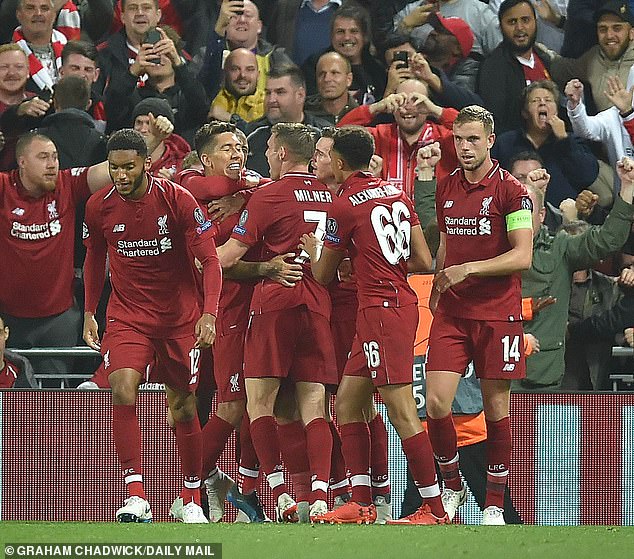 At some point, other teams are going to have to try to match this or they will just keep losing. Here, Thomas Tuchel asked his team to simply play through and round the hurricane and they failed.

Neymar and Mbappe did finally combine to bring PSG their equaliser and that is why both were left on the field when Tuchel made a double substitution just minutes sooner.

But as Neymar fed Mbappe for that goal it was James Milner who was chasing him and that was fitting. In only the eighth minute, Milner had tackled Neymar with such ferocity by the dug outs that his opponent seemed rather unwilling to stand up for more and when Neymar awoke this morning, he may have been minded to check that the Yorkshireman was not actually in the room.

Milner, 32 now, was not man marking Neymar. He was not technically even playing on the same side of the field. But that doesn’t really matter in a Klopp team and if Neymar felt that the Liverpool number seven was there every time he lifted his head then he could be forgiven the illusion.

This was not Neymar or PSG’s night. The French were fortunate to lose only by one and Neymar was not influential. The French champions still have to prove that they are a match for Europe’s really big teams and Neymar, when it really matters, continues to look like a rather uncomfortable fit.