Labour’s local election campaign has descended into shambles after another candidate was suspended for spreading conspiracy theories about Jews.

Lesley McLean, a candidate in North Devon, shared offensive messages about the Rothschilds and accusing Labour MPs of being directly influenced by the Israeli government.

The party also launched an investigation into a separate candidate who backed Ken Livingstone over what he called the ‘anti-Semitism witch-hunt’ – and accused opponents of Jeremy Corbyn of using the issue as a ‘political weapon’ to attack him.

And they reminded another councillor of the conduct expected of her after she accused the media of ‘lying’ about the extent of anti-Semitism in Labour.

The punishments were doled out after the Mail approached the party with screen grabs of the offensive messages.

The new revelations come as Labour waits to hear whether the Equality and Human Rights Commission is to launch a full investigation into whether it has discriminated against Jews.

Last week a Labour candidate in Brighton and Hove was suspended after the Mail revealed their previous online behaviour. Like Ms McLean, she will still be able to stand in the election but if she wins she will have to sit as an independent.

Euan Philipps, spokesperson for Labour Against Anti-Semitism, welcomed the suspension but criticised the fact that the other two had been let off – saying that was not ‘zero tolerance’.

He said: ‘Once again, we find Labour Party candidates reportedly holding anti-Semitic views that are totally at odds with the British public.

‘They should be nowhere near public office, yet they are standing for election, an apparent sign of the contempt with which Jeremy Corbyn holds the British electorate.

‘We have called on Mr Corbyn time and again to root out the racism problem in his party and each time he has seemingly failed to do so.’ 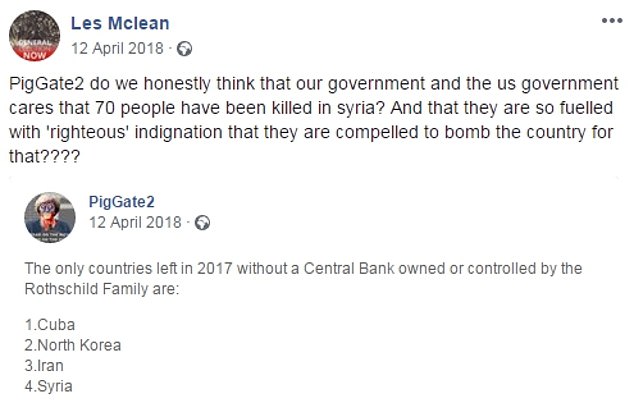 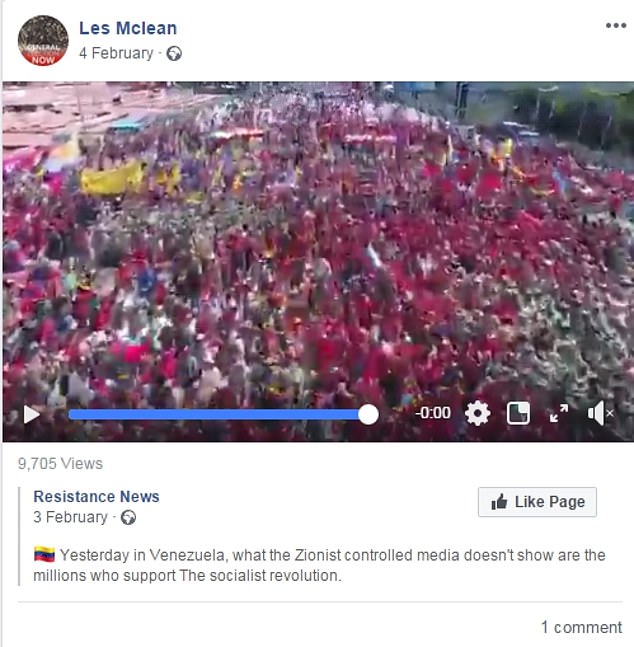 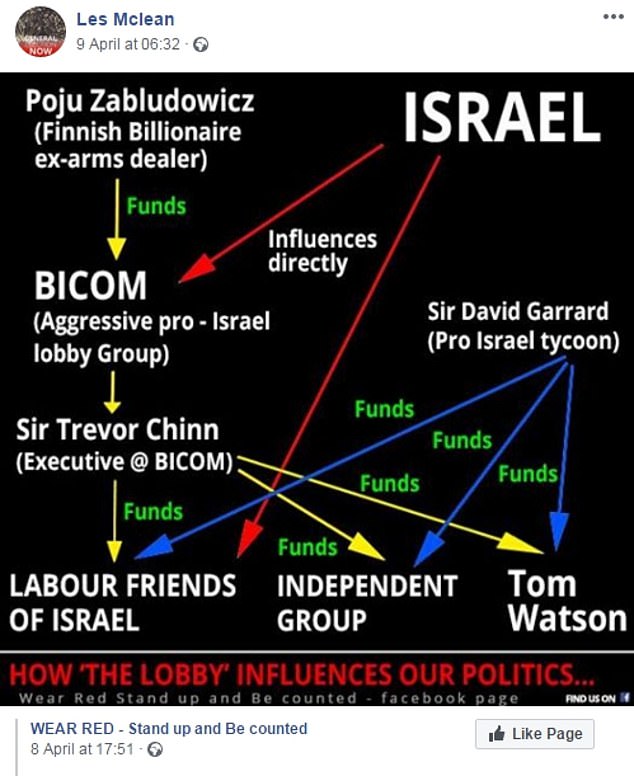 Action was taken against the three candidates following an intervention by the Mail.

Lesley McLean, a candidate in North Devon, was suspended after retweeted a series of messages including suggesting Labour MPs were being influenced by the Israeli government.

It said: ‘When you look at the direct influence the racist far right wing Israeli Likud government has on some of our politicians in the Labour Party via groups like Labour Friends of Israel and Jewish Labour Movement, is it any wonder these people agitate against the members and leadership using anti-Semitism as a weapon to stifle legitimate criticism of Israel.’

She retweeted someone writing: ‘So the Jews get a homeland – they want more, so they take it, and then when anyone says hey that isn’t right, they scream anti-Semitism. So they think Jews are above criticism: above international law?’

The candidate retweeted an article saying the media were not reporting how popular socialism is in Venezuela because they were controlled by the Zionists.

The tweet read: ‘Yesterday in Venezuela, what the Zionist controlled media doesn’t show are the millions who support the socialist revolution.’

Ms McLean also retweeted a Rothschild conspiracy theory. She retweeted someone who had written: ‘The only countries left in 2017 without a central bank owned or controlled by the Rothschild family are Cuba, North Korea, Iran and Syria.’

Sam Gorst was handed a ‘notice of investigation’, a lesser punishment which means he could be suspended in future – but only after the local elections.

Mr Gorst spoke out in support of Ken Livingstone even after he had spoken of links between Hitler and Zionists, tweeting: ‘Ken must remain defiant throughout this anti-Semitism witch hunt.’

In another message, Mr Gorst urged people to join the group Jewish Voice for Labour, which denies the party has an anti-Semitism problem.

‘It sickens me that some MPs and corrupt groups are still using anti-Semitism as a political weapon to call out our twice democratically elected leader,’ he wrote.

He also retweeted someone who posted an image of barbed wire fences in Germany and Palestine and wrote: ‘I can’t differentiate between Nazism and Zionism as two criminal regimes in this picture.’

Cheryl Raynor, a candidate in Wyre in Lancashire, also said she did not agree Labour had an anti-Semitism problem.

She accused a Tory councillor of saying she was a Holocaust denier because she had ‘said the media are lying about anti-Semitism in the Labour Party, even when I presented him with the facts.’

Last night Ms Raynor was reminded of the conduct expected of Labour candidates – but escaped the threat of suspension.

A Labour spokeswoman said: ‘The Labour Party takes all complaints of anti-Semitism extremely seriously and we are committed to challenging and campaigning against it in all its forms.

‘All complaints about anti-Semitism are fully investigated in line with our rules and procedures and any appropriate disciplinary action is taken.’