Actress Lake Bell is opening up about the nearly deadly home birth of her second child in 2017.

The Secret Life of Pets 2 star had a home birth for both of her children with husband Scott Campbell, daughter Nova and son Ozgood – but one went more smoothly than the other.

Bell says that when she gave birth to her son in May 2017 at her house in Los Angeles, he had the umbilical cord wrapped around his neck and he wasn’t breathing.

‘He was not coming to. Now you’re in really f*****g life and death,’ she told actor Dax Shepard on his podcast, Armchair Expert.

‘Your child is there and the entire room is trying to resuscitate him and they can’t. Paramedics are on their way, he’s still there. This person you don’t know.’

Actress Lake Bell, 40, gave birth to her son Ozgood at her Los Angeles home in May 2017. Pictured: Bell with her son at the PS Arts Express Yourself 2018 in Santa Monica, California, October 2018 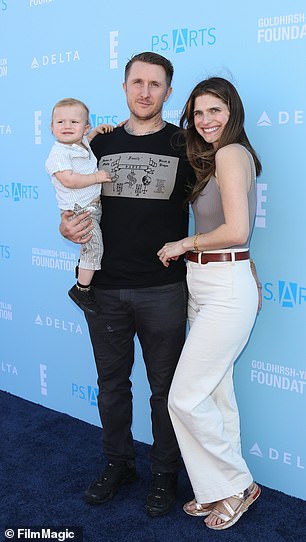 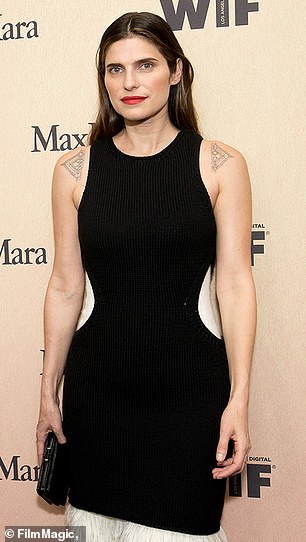 Ozgood was born with the umbilical cord wrapped around his neck and he wasn’t breathing. Paramedics were called and the baby was taken to Children’s Los Angeles hospital. Pictured, left and right: Bell and her husband Scott Campbell with their son Ozgood, October 2018, and Bell at the Women in Film Annual Gala 2019 in Beverly Hills, June 2019

Bell said that when her daughter was born in October 2014, the umbilical cord was also wrapped around her neck.

However, after the midwife performed three rescue breaths, the baby started breathing normally and there were no other complications.

‘I felt very empowered by that experience,’ she said on the podcast, which is why she wanted to do a home birth again.

However, her son wasn’t revived as easily.

‘The paramedics come in, the cord is still [attached] so he has oxygen through my blood,’ Bell said.

‘They cut the cord and Scott ran out half-naked [with Ozgood] and I was naked after my seven hours of laboring.’

As she was being sewn up, she said her husband sent a video of their son taking tiny breaths with an oxygen mask.

Ozgood was in the neonatal intensive care unit at Children’s Hospital Los Angeles for 11 days. 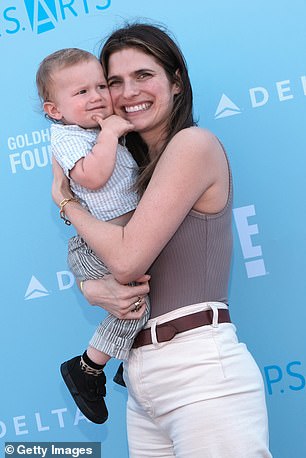 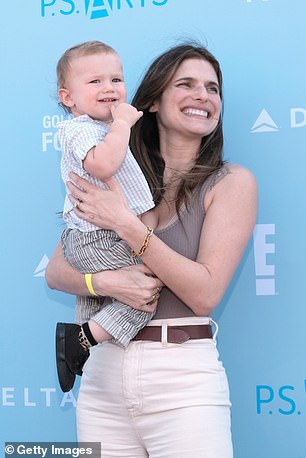 He was in the NICU for 11 days, and doctors told Bell and her husband that he went without oxygen for so long that he may never walk or talk. Bell said she was on anti-depressants over the incident for more than a year. Pictured, left and right: Bell with her son Ozgood, October 2018 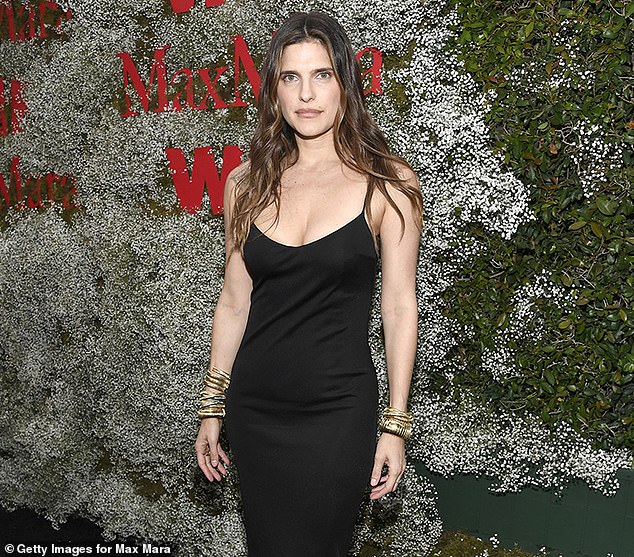 Ozgood, now 2, is in good health, according to Bell, and hitting his developmental milestones. Pictured: Bell at the 2019 Women In Film Max Mara Face Of The Future, in Los Angeles, June 2019

‘He was hypoxic, he was without oxygen for longer than the four minutes that is associated with being okay,’ Bell told Shepard.

‘We were told that he could [have] cerebral palsy or never walk or talk. That was our reality.’

Luckily, her son was discharged with no major health issues, but Bell says she felt guilty for a long time after his hospitalization.

‘I took it on because I insisted on having a home birth. I’ve dealt with that since,’ she said. ‘I did wean myself off, but I was on antidepressants to help kind of regulate.’

She says that Ozgood, now two, is not only happy and healthy – but hitting all his developmental milestones.

‘I have this incredible little boy who rolled over at two months and walking at nine months as if to say: “Mom, I got this. I’m working these milestones early so you can chill the f**k out”,’ Bell said.