In a shock interview, the reality TV star said the actress the ‘type of chick’ who would have sex with Harvey Weinstein.

Kent made the comment on Tuesday in an interview with Heather McDonald on her Juicy Scoop podcast. 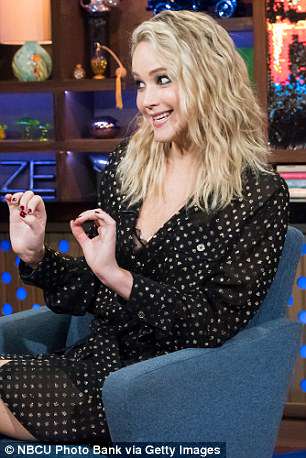 During the course of the interview on Tuesday, McDonald asked Kent if she thought Lawrence had had sexual relations with disgraced movie mogul Weinstein.

Weinstein produced Silver Linings Playbook; Lawrence won her Oscar for her role in the film in 2013.

According to TooFab, Lala replied: ‘Yeah, I think she’s that type of chick.’

She continued: ‘Well, here’s the thing. Now any time you bring her up, like, I’m going to have nothing nice to say about her. I’m going say that she sucked everyone’s d–ks to get to where she is.

‘I’m going to say that her hair sucks, her face is a little too pudgy, like she needs to stop the drinking, you know? I said it, you don’t have to worry.’