A law firm worker cried in court as she was told she faces jail after her fake rape claims saw two innocent men locked up.

Laura Hood, 27, claimed a taxi driver had sexually assaulted her in the back seat of his cab after giving her a lift home following a night out drinking.

Detectives investigating her claims arrested Haroon Yousaf and also the driver of a different taxi with a similar number plate.

Mr Yousaf, 29, was detained in front of colleagues and spent 20 hours in custody, hanging over samples before he was released without charge.

Police suspected Mr Yousaf had been falsely accused when he shared GPS data which showed his cab went straight to Hood’s home without stopping.

There was also no evidence of physical contact between them and Hood gave a statement claiming her attacker was 58.

The other suspect was also cleared of any wrongdoing and Hood, of Stockport, Greater Manchester, was subsequently charged with faking her account.

The court heard she made her false claims after becoming separated from friends which she drinking Prosecco, ciders and vodka shots in Manchester city centre.

In a statement Mr Yousaf, a married father-of-two, said: ‘This still affects me in my day-to-day life and I don’t know if I will ever come back fully from this.

‘Before this incident I was a strong person. However I’m now negative and worry that things can go wrong. 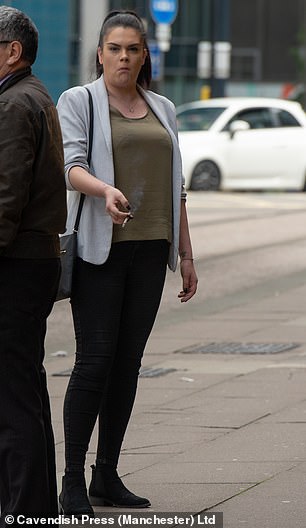 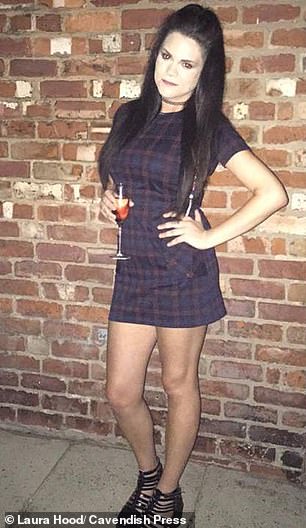 Hood (pictured outside court, left) claimed a taxi driver had sexually assaulted her in the back seat of his cab after giving her a lift home following a night out drinking

‘This is the most disgusting thing that anyone can be accused of. When I pick up single female passengers I always worry that something could happen again.

‘I had to take my clothes off in front of a stranger. I had tears in my eyes. I don’t think this female really understands what she has done and how it has affected my life.’

At Minshull Street Crown Court, Manchester, Hood broke down and wept as she was convicted of perverting the course of justice.

She accepted no rape took place but denied wrongdoing, insisting she had she ‘believed’ at the time she was sexually assaulted.

Hood, a human resources worker for a law practise, will be sentenced on August 1 following the preparation of pre-sentence reports. 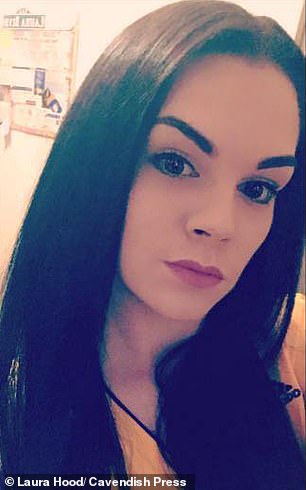 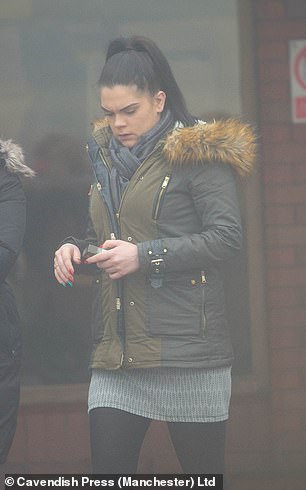 Hood, a human resources worker for a law practise, will be sentenced on August 1 following the preparation of pre-sentence reports

Judge Julie Warburton said: ‘That should not give any indication that there will not be a custodial sentence in this case. This is a very serious matter.’

The incident occurred on January 7, 2017 after Hood had been out with friends at Revolution bar to celebrate her best friend’s birthday.

Hood told the hearing: ‘I wish I could explain why something is so clear in my head but obviously can’t be true.

‘I accept there’s no psychiatric evidence to explain why I believed this to have happened. I went to the psychiatrists on two occasions.

‘It was clear as day. What I said in interview is what I believed to have happened. I wish I could explain it.

‘I wish the psychiatrist could have helped me. I don’t know how something can be so clear in my head but the evidence said it didn’t happen.’ 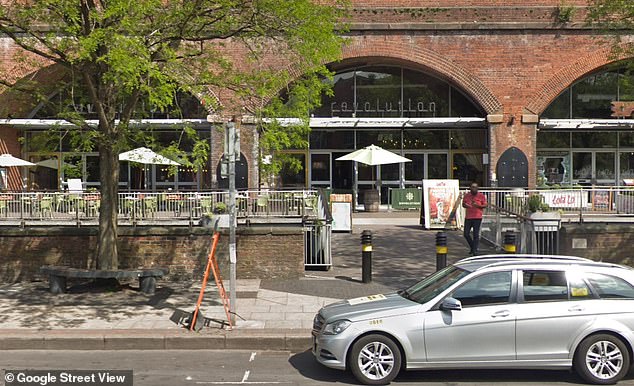 Hood had been drinking with friends at Revolution bar in Deansgate, Manchester on the night she made the false allegation