Lea Michele has been fired by HelloFresh in the wake of her former Glee co-star Samantha Ware claiming she made her life a ‘living hell’ on set.

The recipe kit delivery company revealed its decision to no longer work with the actress, 33, while responding to a Twitter user on Tuesday who suggested it should cut ties.

The company wrote: ‘HelloFresh does not condone racism nor discrimination of any kind. We are disheartened and disappointed to learn of the recent claims concerning Lea Michele.

Backlash: Lea Michele has been dropped by HelloFresh after allegations she bullied a castmember on the Glee set in 2015 (this is the last ad Lea posted for the brand on May 20)

‘We take this very seriously, and have ended our partnership with Lea Michele, effective immediately.’

Lea’s former castmate Samantha Ware, who played Jane Hayward on the show, made the claim on Monday that the actress made her life ‘a living hell’ on-set – even once threatening to defecate ‘in her wig.’

Lea, who played Rachel Berry on the show, took to social media on Friday to pay tribute to George Floyd.

‘George Floyd did not deserve this. This was not an isolated incident and it must end’ she wrote.

Ware, who appeared in 2015 in the show’s sixth season, swiftly hit back, ‘Remember when you made my first television gig a living hell?!?!…

Effective immediately: HelloFresh revealed their decision when responding to a tweet by someone who called for them to cut ties with the actress

‘Cause I’ll never forget… I believe you told everyone that if you had the opportunity you would ‘s*** in my wig!’ amongst other traumatic microaggressions that made me question a career in Hollywood.’

Alex Newell, Amber Riley and Dabier Snell – who all co-starred in ‘Glee’ – reacted to the tweet in support of Samantha.

Alex and Amber shared gifs, with Alex posting the ‘Get her, Jade’ meme from Drag Race, while Dabier wrote: ‘GIRL YOU WOULDNT LET ME SIT AT THE TABLE WITH THE OTHER CAST MEMBERS CAUSE ‘I DIDNT BELONG THERE’ F**K YOU LEA (sic).’

Community actress Yvette Nicole Brown showed her support for Samantha by writing: ‘I felt every one of those capital letters.’ And Alex replied: ‘Felt like claps!!’

Lea, who is currently pregnant with her first child, posted her most recent ad for HelloFresh on May 20. 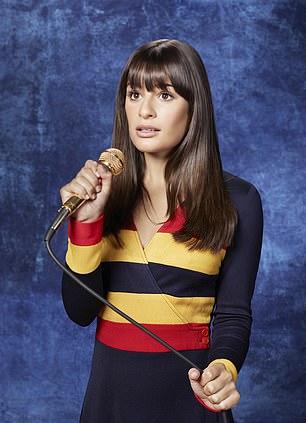 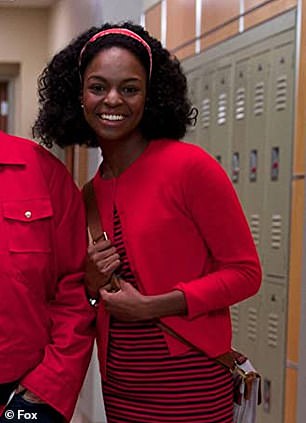 Mean girl? Lea’s former Glee co-star Samantha Ware claimed the actress made her life ‘a living hell’ on-set – even once threatening to defecate ‘in her wig (Lea, pictured left in character as Rachel Berry, Samantha, pictured right in character as Jane Hayward)

Statement: The leading lady, 33, took to social media on Saturday to pay tribute to George Floyd and in support of the Black Lives Matter movement 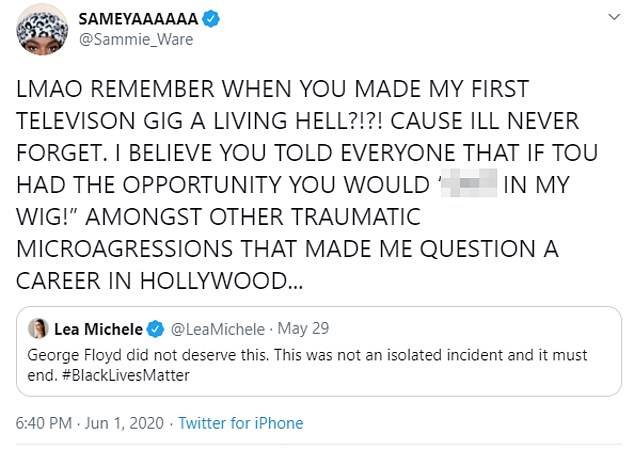 Remember me? The message was met with an acerbic response from Samantha, 28

Amber Riley, who played Mercedes Jones in the through all six seasons, shared two GIFs of herself, one raising her hand, while the other sipping tea, caused a stir among fans who saw it as a subtle way of the actress chiming in.

In fact, fans began to beg Riley to tell her side of the story, with one saying: ‘Speak your truth you and @NayaRivera were right all along!!!! Yet you were dragged!’

Meanwhile, Alex Newell, who starred as Unique Adams on series for four seasons, wasn’t so subtle – and began replying to fans about the drama.

‘We ain’t got not a damn thing to lie about 6 years later!’ he replied to one fan who suggested they were making false accusations about Michele’s behavior.

He also added: ‘I’m gonna say this one time… when my friends goes through something traumatic I also go through it… that’s what friendship is…’

‘And if you can’t understand that then you’re part of the problem… and that’s on PERIODT! And I mean that for both sides of this coin!’

Actor Dabier Snell, who appeared in an episode of the show, retweeted one of Ware’s tweets, and responded, saying: ‘GIRL YOU WOULDNT LET ME SIT AT THE TABLE WITH THE OTHER CAST MEMBERS CAUSE ‘I DIDNT BELONG THERE’ F–K YOU LEA,’

He also wrote: ‘I try to bring good vibes and create content for ppl to laugh and enjoy! Seeing her message brought back bad memories of being less than on set of glee. Ain’t goin stand for her being fake like she care.’

Actress Yvette Nicole Brown who did not star on the show, also chimed in and gave her support to Ware. ‘I felt every one of those capital letters,’ the Community actress tweeted.

Meanwhile, back in 2011, Hailee Steinfeld, now 23, revealed how Lea made her cry on the Paramount lot. 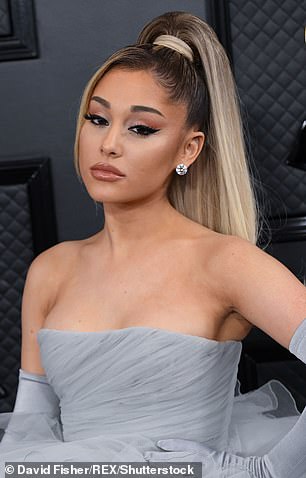 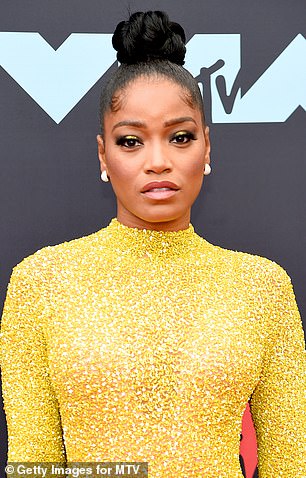 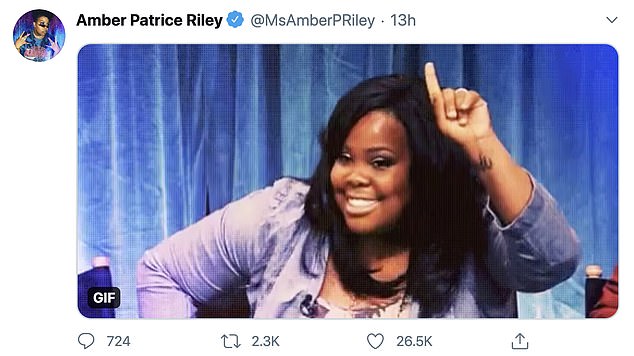 Not so subtle: Glee’s Amber Riley posted this GIF of her raising her hand, amid rumors that Lea Michele was less than kind to work with on the Ryan Murphy show

Not happy: Community star Yvette Nicole Brown, who did not appear on Glee, also voiced her opinion

In agreement: Alex Newell, who starred as Unique Adams on series for four seasons, wasn’t so subtle – and began replying to fans about the drama.

Ouch: Actor Dabier Snell, who appeared in an episode of the show, did not hold back

Staying out of the matter: Kevin McHale, who played Artie Abrams from the show’s debut, swerved a response when asked about the controversy on Twitter

She told J-14 magazine: ‘When I was auditioning for ‘True Grit’, I was on the Paramount lot. I was wearing clothes from the 1800s that were big and uncomfortable. Glee’ also films on the lot and I love that show…

‘I saw Lea Michele just walking to her trailer, and I was like, ”That’s the girl from ‘Glee’. I’ve got to go ask for her autograph!’

‘So I walked up to her and asked for her autograph, but she walked by and a guy came and said, ‘Sorry, now’s not a good time!’ I was so sad! I was practically crying on the way home.’ 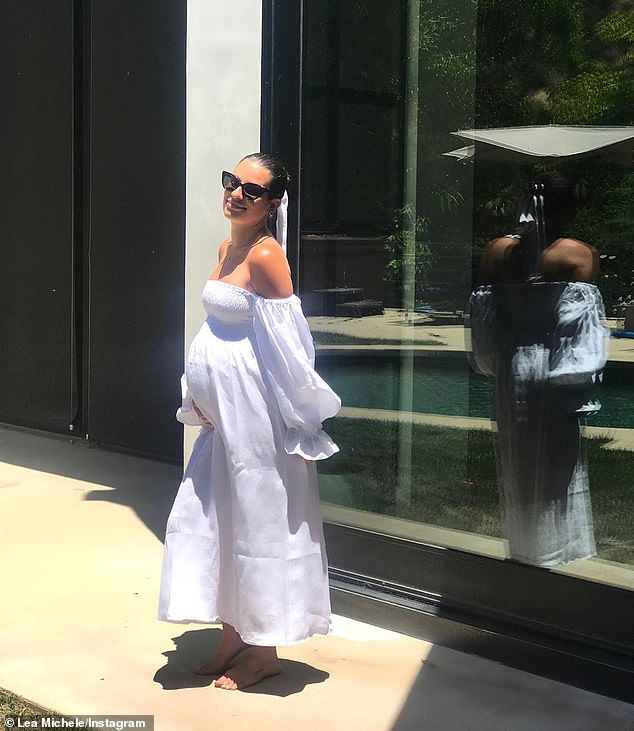 Expecting: Lea is expecting a child with her husband, businessman Zandy Reich 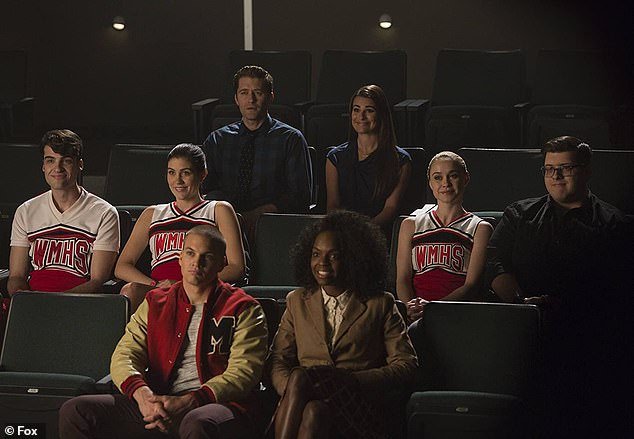 Tough times: Michele, 37, played the role of Rachel Berry (back row) on the show’s six seasons, getting nominated for an Emmy and two Golden Globe awards with the part

Michele, who is expecting a child with her husband, businessman Zandy Reich, 37, played the role of Rachel Berry on the show’s six seasons, getting nominated for an Emmy and two Golden Globe awards with the part.

Ware was on the show for 11 shows in 2015 in its sixth season. Her career has flourished with turns on shows such as What/If, Chicago Med and God Friended Me. 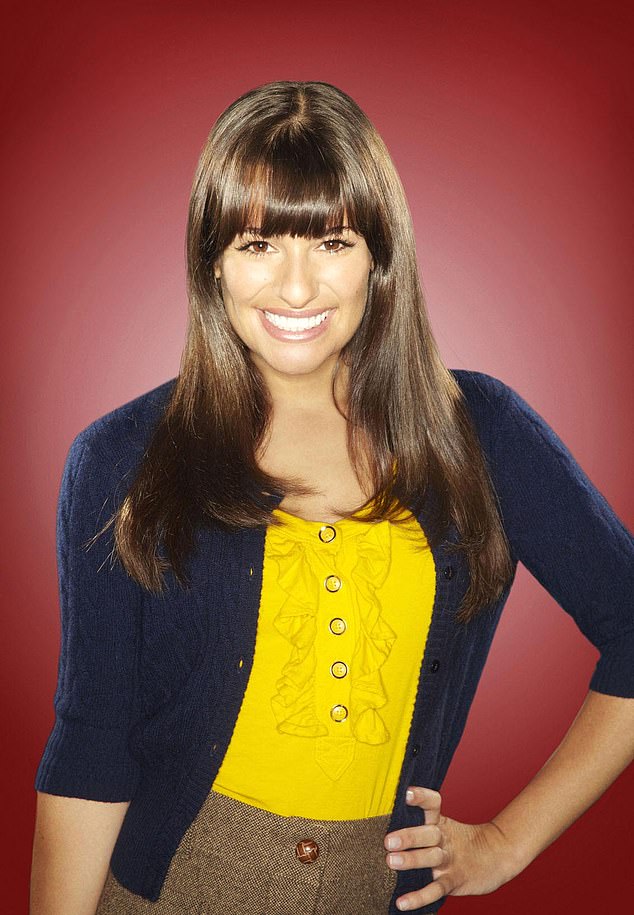 Four years ago, former Glee star Naya Rivera said Michele brought ego, tension and hostility onto the set with her.

In her 2016 book, Sorry Not Sorry: Dreams, Mistakes and Growing Up, she wrote: ‘If I’d complained about anyone or anything, she’d assumed I was b****ng about her’.

In the tome, Naya said Michele eventually stopped speaking with her altogether.

‘She started to ignore me, and eventually it got to the point where she didn’t say a word to me for all of Season 6,’ Rivera said, ‘Lea and I definitely weren’t the best of friends, and I doubt we’ll ever sit on her couch and eat kale together again.’ 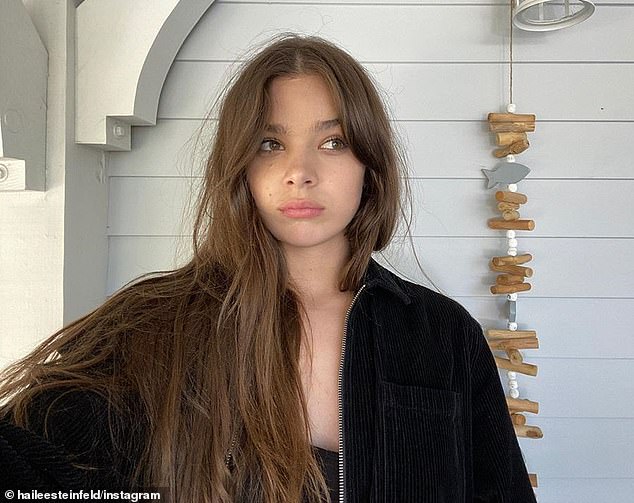 Tough times: Meanwhile, back in 2011, Hailee Steinfeld, now 23, revealed how Lea made her cry on the Paramount lot 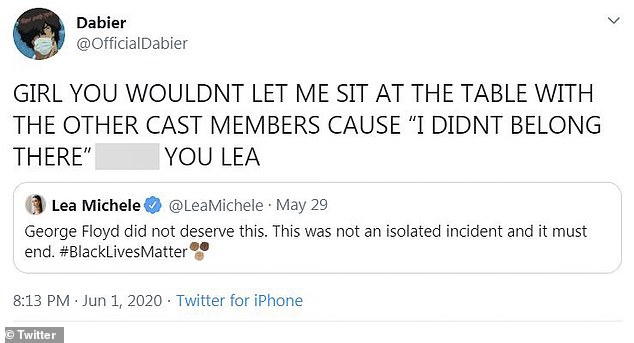 Piling on: Another actor who starred on GLEE, Dabier Snell, also chimed in claiming Michele did not let him sit at the table with other cast members

Interesting:Transgender NYC nightlife star Linux TheRobot was an extra on Glee and said Lea was a ‘tyrant’