Rachid Zock and his fellow freedivers say that by promoting regulated spearfishing, they are also defending Lebanon’s fast-depleting aquatic wildlife

Hunting fish with spear guns may seem like a counterintuitive way to save Lebanon’s dwindling marine life, but a growing community of freedivers argues it is a potent awareness-raising tool.

At 5:00 am, three men park their car in the northern port of Qalamun. Grabbing their fins, masks and spear guns, they board a boat and set out to sea.

Wrapped in tight camouflage wetsuits as they skim across the silvered water, these amateur underwater hunters resemble their counterparts the world over.

Rachid Zock and his friends say that by promoting regulated spearfishing, they are also defending Lebanon’s fast-depleting aquatic wildlife.

Zock, 38, a freediving and spearfishing instructor, says he has seen Lebanon’s fish populations drop in the three decades he has been exploring its waters.

“I started fishing underwater aged seven, and I used to see so many fish of different shapes and sizes. But they’ve diminished over the years,” he says.

The divers float, head down on the water like tree leaves.

Suddenly, one of them duck dives, piercing the surface as he heads vertically into the blue. 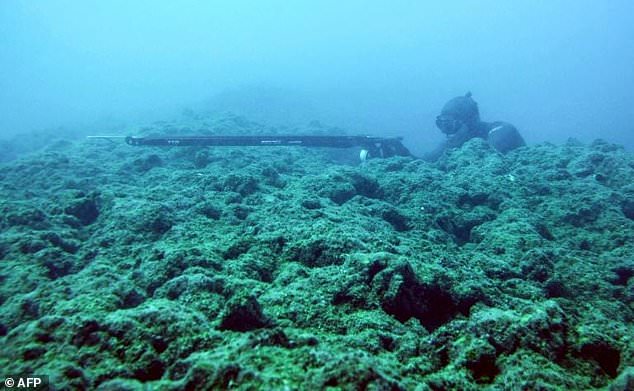 Zock, a freediving and spearfishing instructor, says he has seen Lebanon’s fish populations drop in the three decades he has been exploring its waters

Others watch through their masks to make sure he is safe, as he fins a dozen metres (yards) down, clutching his spear gun.

He can stay down for more than two minutes on a single breath.

And the European Commission estimates that 90 percent of fish species surveyed in the Mediterranean are overfished, it said in April 2017 following a study.

The EC launched an initiative with non European Union countries — dubbed MedFish4Ever — to address the issue after a ministerial conference last year. 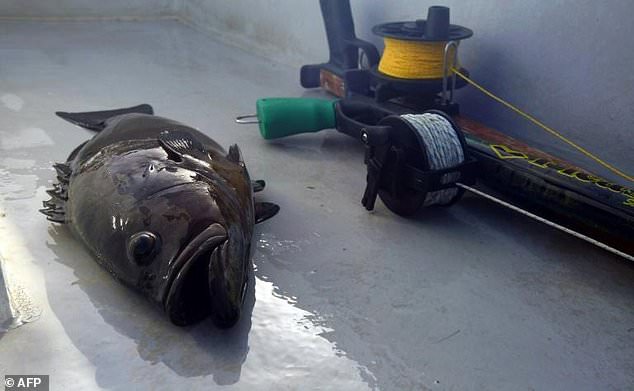 Members of the Freedive Lebanon club all have a spearfishing licence which forbids them catching fish at night or using any machine, its founder Rachid Zock says

But Lebanon, which had 7,000 fishermen in 2014 and where fishing only makes up a tiny part of the economy, has not signed up.

Faysal Tawokji, 25, says he has been diving to set up underwater fish traps every day for 12 years.

His income has not improved since.

“I’ve lost hope and decided to leave Lebanon — because of the small catches and the competition from imported fish at half the price,” says the young fisherman.

“Some fishermen have deliberately tightened their net holes to grab more produce,” he says, looking up from below his old goggles.

“They are preventing small fish from growing and multiplying. Bigger fish that succeed in fleeing toward the shore to lay eggs are caught by traps.” 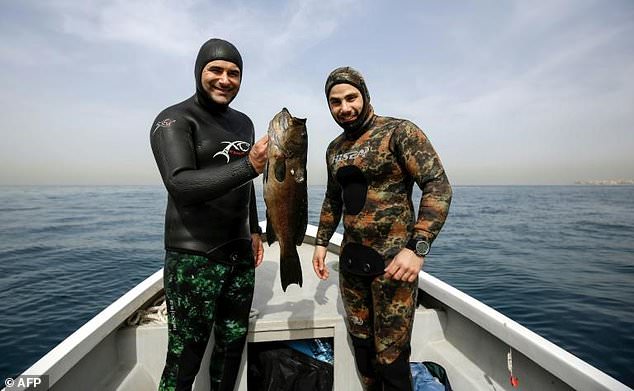 Spearfishing instructor Zock says that, when treated properly, the sea’s resources replenish themselves.

He gives the example of July 2006, when a war between Lebanese militia Hezbollah and neighbouring Israel rocked the country.

“Fishermen stayed at home for a month. Back at sea, they noticed fish numbers had increased,” he says.

“The sea’s ability to regenerate life instigated my initiative,” Zock adds with a wide smile.

The instructor started the Freedive Lebanon club alone, but by 2017 it had 90 members, he says.

He insists that all members have a spearfishing licence, which comes on condition that catching fish at night, or using any machine, is forbidden. 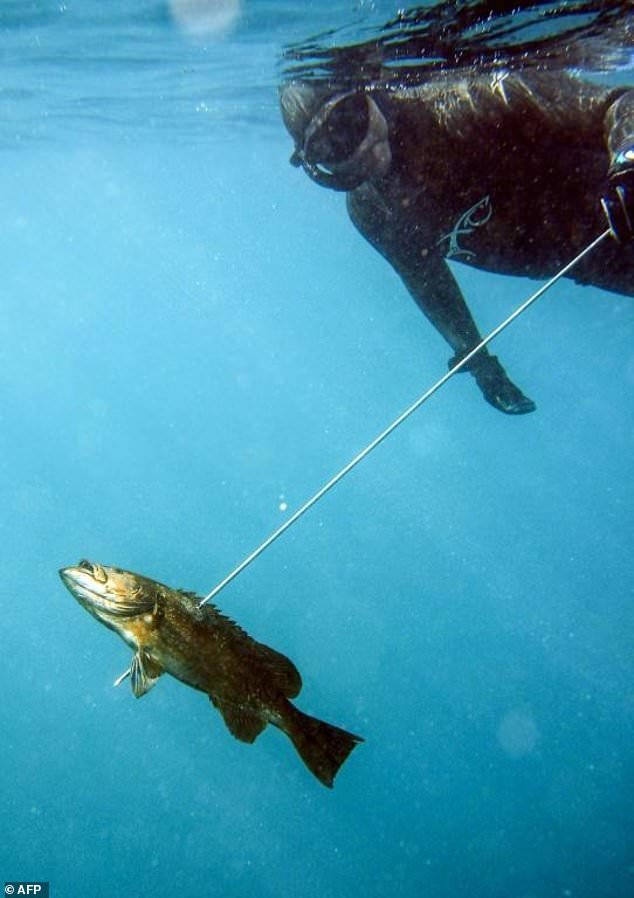 “Many fish sleep in shallow water at night. Spearfishing then would be a knockout blow,” he says.

After an hour of diving, the spearfishermen have still not caught anything, and move to another spot.

Soon, one of them fins up to the surface with the first catch of the day, a large glistening brown fish with rounded side fins.

Beyond their community, Zock and his fellow aquatic enthusiasts also do their best to speak to fishermen about preserving Lebanon’s underwater wildlife.

“We explain when to stop fishing certain species according to their mating and spawning seasons, and hunt others instead,” Zock says. 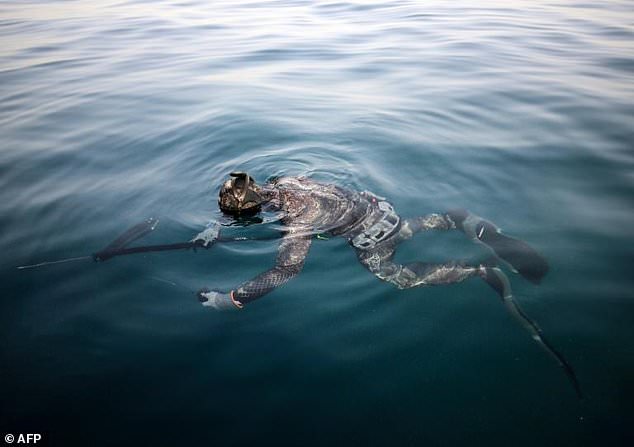 Several times a year, as egg-laying approaches for different species, they invite fishermen to awareness sessions.

But not all of them are receptive, Zock says.

Some fishermen “stand against our campaigns because they insist on grabbing everything they can as fast as possible,” he adds.

Lebanese law bans dynamite and poison fishing, while also since July 2010 regulating the size of fishing nets, but many complain those rules are not enforced.

Abdulkader Alameddin, the mayor of Mina’s Tripoli district, says bad practices by a few have affected the livelihoods of all fishermen.

All the municipality can do is “hand recommendations to concerned departments based on fishermen’s complaints,” he says.

But with no law enforcement, the problem persists, says Zock.

“Politicians cover for those who break the rules because those fishermen become voters during elections,” he says.

Mallat, the retired fisherman, says the government must do more.

“The government doesn’t support fishermen to abstain from work for four months a year to regenerate sea life.”

“And it doesn’t set fish prices” to ensure a decent income, he says.

“But if the government actually (enforced) regulated fishing I’d be first to burn my net” and use a legal one, he says.

Four hours have elapsed. One of the amateur freedivers guts and cleans the only catch of the day.

“We got our fish today,” says Jamal Hilal, 28, flinging its guts and scales into the water.