Lecturer, 57, who took his dying 59-year-old partner to Dignitas in Switzerland was probed by police

A lecturer who took his partner of 32 years to Dignitas faced a six month police investigation after he returned to Britain, it was revealed today.

Helen Johnson, 59, wanted to go to the Swiss assisted dying clinic after being ravaged by a rare and aggressive lung disease that left her barely able to breath.

James Howley, 57,  adapted their family car so it contained oxygen tanks and drove to Zurich so the love of his life could end her life in November 2016.

But when he returned home to West Bromwich he soon discovered that he was being investigated by police.

James Howley and his partner Helen Johnson, 59, pictured around an hour before she died in the Dignitas assisted dying clinic in Switzerland

Mr Howley was struggling with dealing with the death of Helen and then feared he would be jailed for helping her to Switzerland. 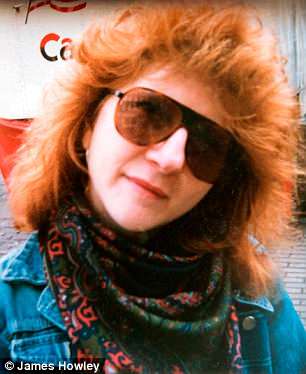 Assisted dying is illegal in Britain and carries a sentence of up to 14 years behind bars.

Mr Howley told the Daily Mirror: ‘The stress and worry was unbearable at times. I was at rock bottom. There were times when I thought I wouldn’t get through it.

‘I was exhausted, fearing I would end up in jail – all for doing the right thing by the person I loved most in the world, so that she did not have to die an undignified and agonising death’.

Police took around six months to get hold of Ms Johnson’s medical records, meaning her partner was under investigation into June 2017.

A force spokesman said: ‘The investigation was delayed because, despite West Midlands police requests for medical records, they were not made [available] until June last year.

‘That month, it was decided that it did not meet the evidential threshold for prosecution and the investigation was discontinued.’