The volume steadily increased inside Elland Road and with that the exasperation too. Music to the ears of Tony Pulis.

With Samuel Saiz choosing to shoot instead of play Jack Harrison in on goal came cries of anguish. Ezgjan Alioski’s failure to hold his run as Leeds broke free, darting offside, was met with audible angst.

It does not necessarily paint the picture of impatient support at Leeds United but simply sky-rocketing expectation after such a thunderous start to Marcelo Bielsa’s reign. 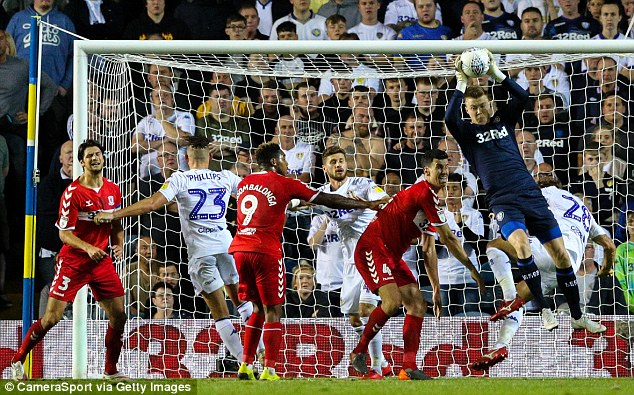 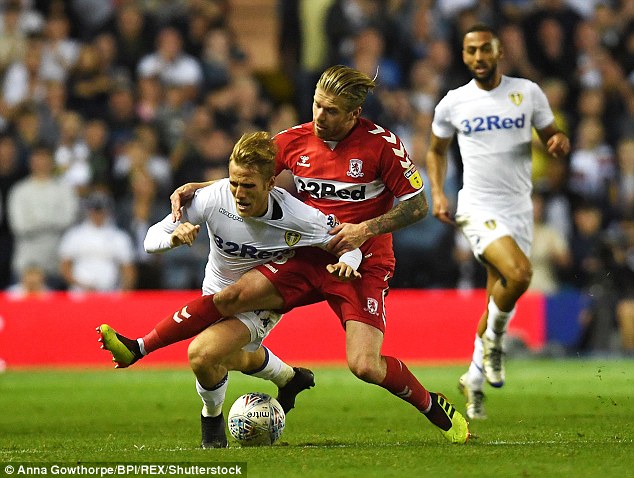 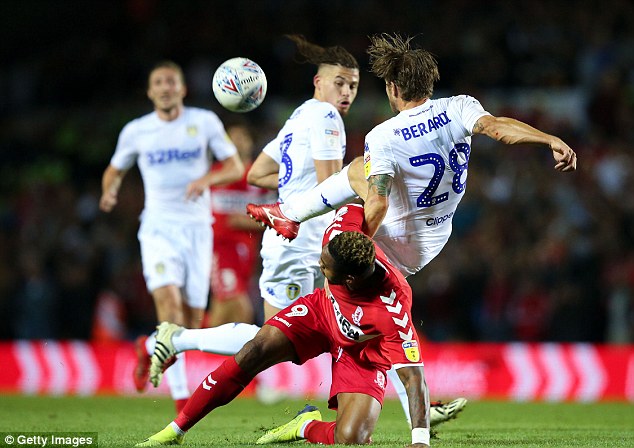 A point against this Middlesbrough team – who have now gone over 500 minutes without conceding a goal in the Championship – is a very creditable one indeed. That should not be forgotten.

Leeds are still unbeaten, still top of the division alongside Boro and still invigorated by the decisions of owner Andrea Radrizzani. The nation clearly want to see how they are doing too.

Massimo Cellino would always complain at the regularity with which Sky broadcast Leeds matches, claiming he might as well televise them himself.

Then it was down to the club’s popularity, the legions of followers, but now it is owing more to an enthrallment by what Bielsa is attempting to achieve here. Sky announced yesterday that they would be airing four Leeds matches in five weeks in October. Get used to watching them.

This was in front of the cameras too and a full house, Middlesbrough proving a more than capable match under the lights. Pulis cheekily praised Bielsa’s ‘direct’ approach beforehand, taking a weighty bat to questions over contrasting styles. On this evidence he would not have been completely off the mark had ‘long balls’ been referenced.

Boro – direct themselves, of course – were marginally the better side before the break. Britt Assombalonga somehow headed over when wriggling free from a corner, while Bailey Peacock-Farrell saved smartly after his defence parted to allow Jonny Howson a free run. Ryan Shotton also nodded wide, while the Leeds goalkeeper tipped Luke Ayling’s inadvertent header over. 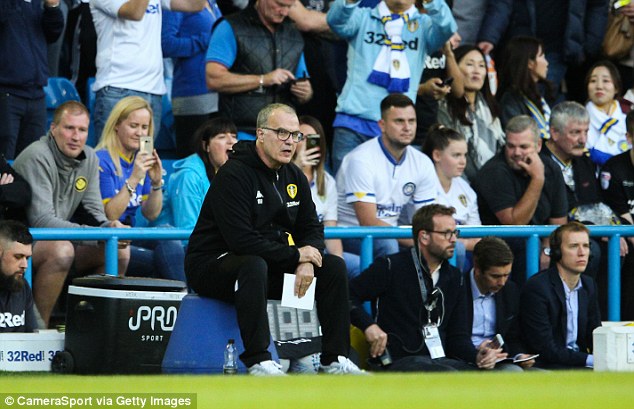 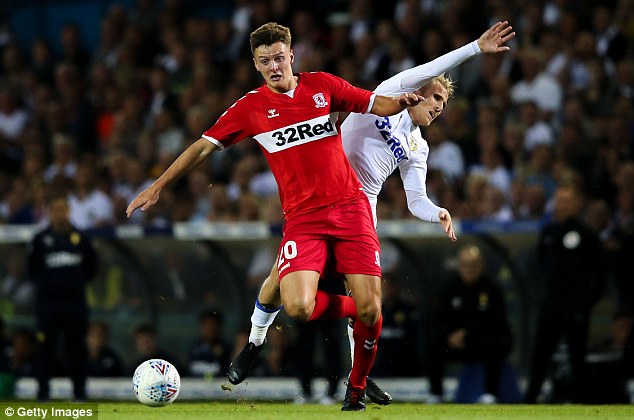 Defences were largely on top in a scrappy game, with Dael Fry (front) shining for Boro 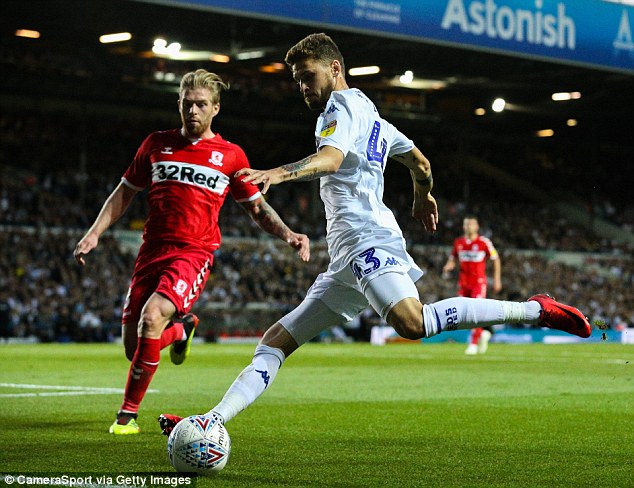 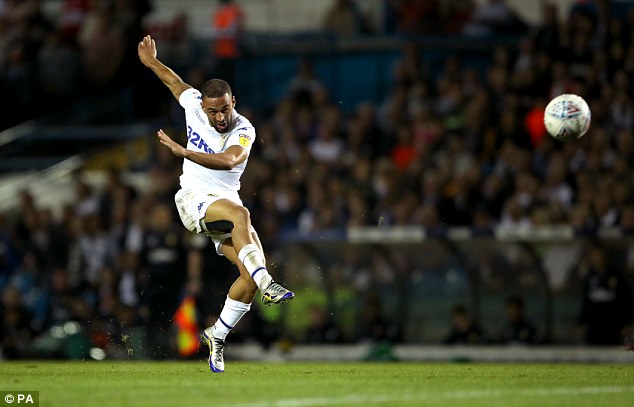 Ayling might have given Leeds the lead at the other end, his effort hooked off the line by Adam Clayton, while Harrison’s tame header was held by Darren Randolph. Aerial duels became a common theme.

What does not seem to be in English football is one of Bielsa’s quirks in that, even for home matches, his squad will mill about on the pitch around 90 minutes before kick-off. These are the sort of nuances to his management that have so fascinated this summer and make him different. For everything a reason and Leeds – although nowhere near their best last night – continue to try new things.

Gaetano Berardi has been converted to a centre half and one who, somewhat unusually, will often stray from his station at dead balls delivered from deep in the opposition’s half to deal with the tallest man. Berardi, a favourite in Yorkshire, plays with the sort of high-octane attitude Bielsa devours and does more than his fair share of turning over the ball in midfield.

Pressure on the Boro back five led to Harrison – on loan from Manchester City – curling wide of Randolph’s far post. Pulis’ jack-in-the-box routine went up a few notches, panicking over the decisions of referee Tim Robinson and the occasional precariousness of his team’s shape. They looked solid for the majority, however, and should have nicked it when Peacock-Farrell thwarted Daniel Ayala in the final moments. 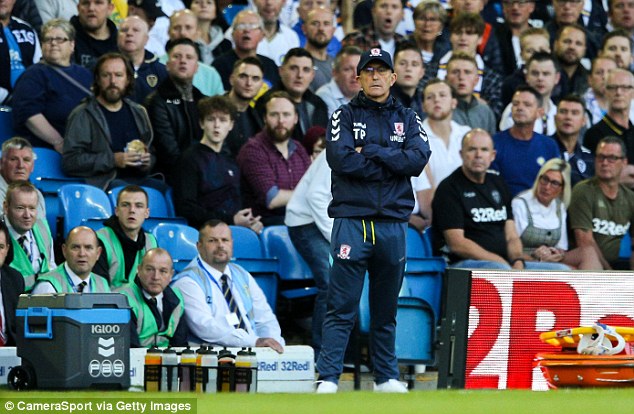 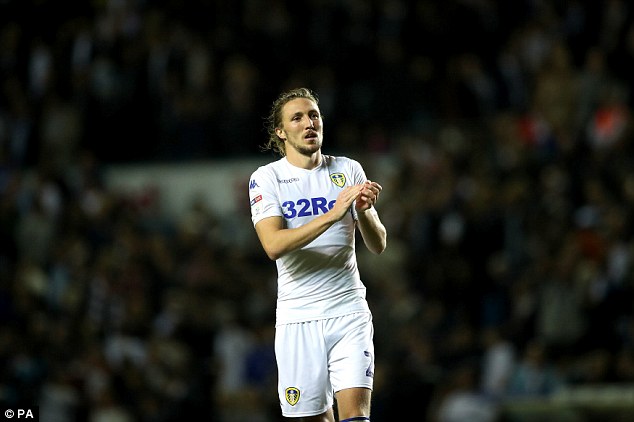