Leeds fans make a huge splash in Canada by turning Niagara Falls white, yellow and blue to celebrate their side’s promotion to the Premier League after 16 years away from the top flight

Two Leeds fans have marked the club’s promotion back to the Premier League by turning the Niagara Falls white, yellow and blue.

Kenny Donnison and Andrew Bowden have paid tribute to Leeds by lighting up the waterfalls in Canada in the club’s colours.

Donnison told BBC Yorkshire: ‘I thought with Andy “How could we keep the ball going?” 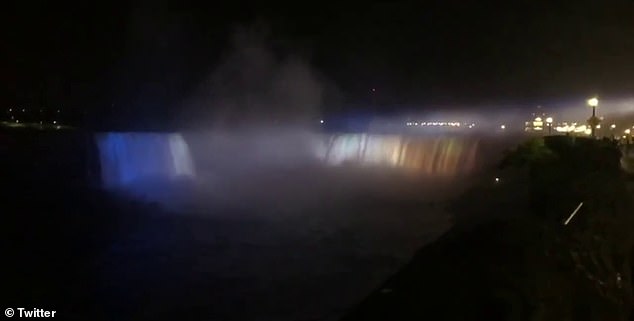 ‘I do live in Niagara Falls and we do have a light show quite often at the falls. So I approached the mayor with the idea.

Leeds have returned to the English top flight following 16 years away after being crowned Championship winners in July. 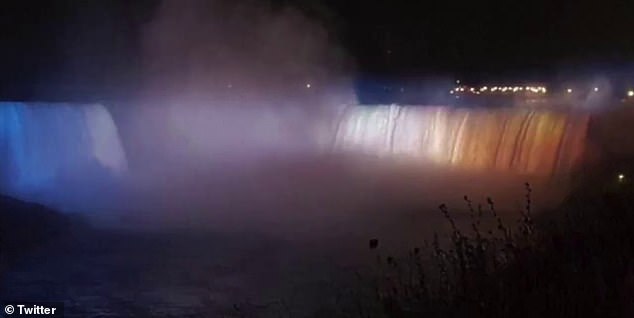 Bowden uploaded a clip and several images on social media after celebrating Leeds’ triumph in a unique way.

‘What started off as a light hearted conversation after winning promotion finally turned into reality last night,’ he wrote on Twitter.

‘With thanks to the mayor of Niagara and everybody else who made it possible.’

Leeds will kick-start their Premier League campaign against the reigning champions Liverpool on September 12.