By Graham Hill For The Daily Mail

Any new deal for the Foxes talisman would take Vardy past 37.

But Rodgers remains convinced that the Premier League and FA Cup winner can still deliver at the top level when his age suggests otherwise. 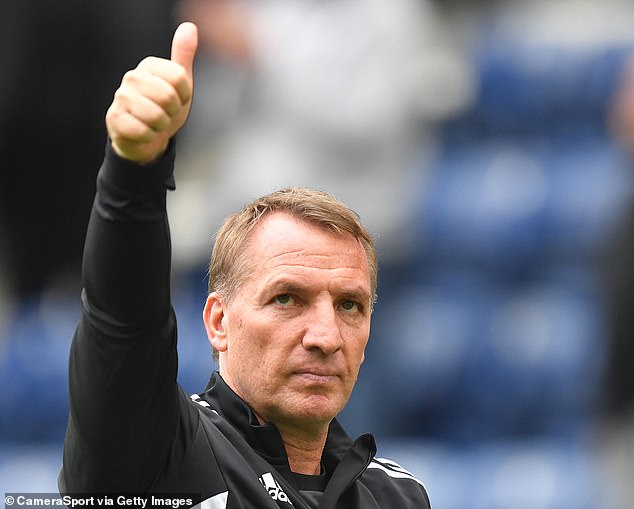 Brendan Rodgers wants to keep him, and has claimed talks have begun over a new contract

Ex-England forward Vardy still has another year left on his current deal.

Rodgers hinted last season that Vardy, 35, could sign another contract at the King Power Stadium.

Now, ahead of Sunday’s season opener against Brentford, he confirmed that preliminary discussions have started.

Rodgers said: ‘There’s talks going on behind the scenes.

‘Hopefully, between his representatives and the club we’ll find a solution.’ 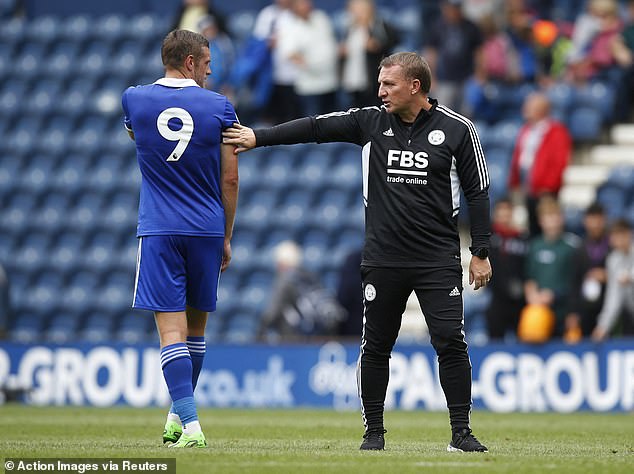 Vardy scored 15 goals in the Premier League last season – the same as Kevin de Bruyne – despite missing some games through injury.

But Rodgers is convinced he has at least another two seasons in him.

The Leicester manager added: ‘He’s a master of finishing. If you look at the fitness tests he’s done, he still very fit and strong.

‘If you have a look at the goals he’s scored in pre-season, he’s working hard. But his eyes light up when the competition starts.

‘If he remains fit and available then I don’t think he will be too far off last season’s mark. I’m pretty sure he’ll continue to score. He’s still got that sharpness and that speed.

‘If you look across the team and squad, having one game per week, that helps. We can manage his training and recovery in between.

‘But fingers crossed we can keep him fit and available and he gets that little bit of luck with injury.

‘If he does stay fit, he will score goals.’