‘He hasn’t forgotten how to drive in the last four races’: Lewis Hamilton is backed to ‘become a factor’ this year by Red Bull chief Christian Horner despite struggles at Mercedes… after his lowly 13th-placed finish in Imola

Red Bull team principal Christian Horner has insisted that struggling Lewis Hamilton will ‘become a factor’ this season despite his ailing fortunes with Mercedes.

Max Verstappen and Sergio Perez, both of Red Bull, stormed home to take a 1-2 result at the Emilia Romagna Grand Prix at the weekend, while Hamilton missed out on the points after finishing 13th – with team-mate George Russell outshining him.

The result was staggering when compared to last year, when superstar Hamilton battled with Verstappen – and lost out – during their thrilling world title charge. 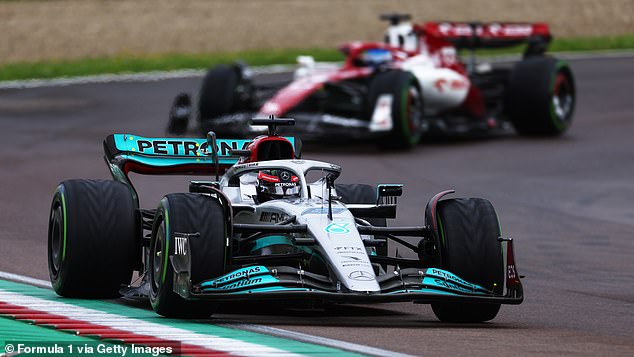 Mercedes have seemingly struggled to cope with the new regulations introduced to the sport for this year, and their cars have been unable to build up any real speed as a result of ‘porpoising’ – namely, their machines bouncing on the straights.

Hamilton in particular has been surprisingly off the pace, and he was even lapped by champion Verstappen during his chastening time in Imola, Italy.

Horner, though, says the veteran can still recover.

‘He obviously had a horrible weekend but he is still an eight-time world champion… seven-time! I forgot Nico Rosberg won,’ he said. 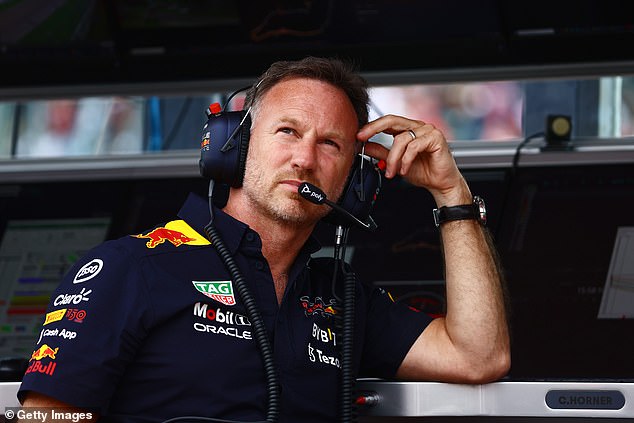 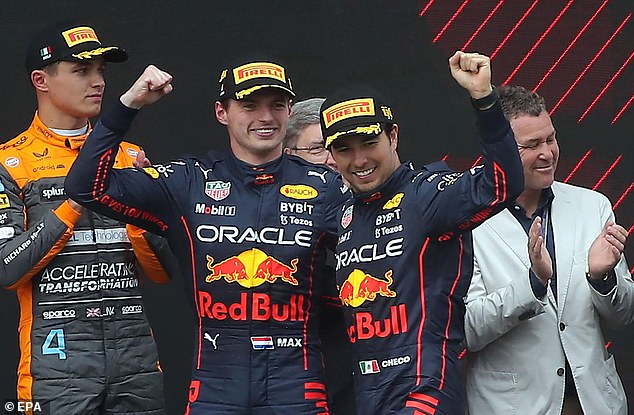 ‘He hasn’t forgotten how to drive in the last four races so at some point they will sort their issues out and he will become a factor.’

During qualifying, Hamilton squeezed through into Q2 by just 0.004s – and only made up a further place on the grid in the race after Esteban Ocon’s penalty.

Toto Wolff, the Mercedes chief, admitted the race was a ‘low’ for their stuttering W13 –  but Horner has explained that his team were firmly focused on their own effort.

‘I think Lewis didn’t have a great weekend but we are very much focused on our race and trying to extract the maximum points,’ he added. 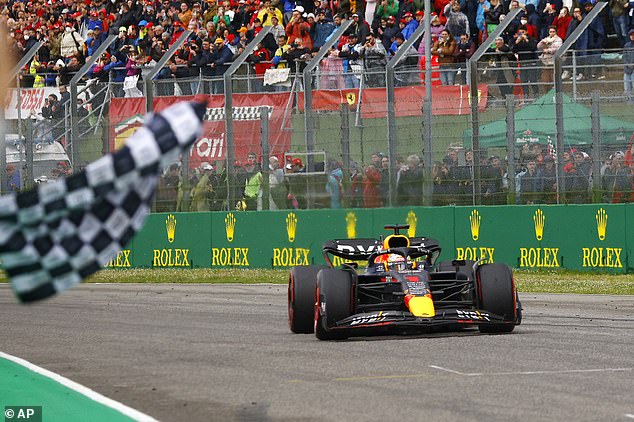 Verstappen was even able to lap Hamilton, his former title rival, on his way to his victory

‘It was obviously one of those things.

‘At that point, we were looking at the clouds, was the rain going to come in the last part of the race or not, we were more focused on that.’

Verstappen, meanwhile, has played down suggestions he will take some pleasure from lapping his former title rival – insisting they have been ‘slow all year’.

He said: ‘I mean, they’ve been slow all year so it’s not really a surprise or I feel happy lapping Lewis compared to anyone else. But it is what it is.’