Lindsay Lohan’s mother Dina Lohan has plead guilty in her most recent DWI case and is set to spend 18 days in jail.

According to TMZ, Dina, 59, admitted to operating a motor vehicle while intoxicated and leaving the scene of an incident without reporting it, back in January last year.

The outlet reports that the infamous showbiz mother will now spend 18 days in jail and has been handed five months probation.

Dina must also participate in a victim impact panel and take part in an alcohol program, the report adds.

The arrest took place in January 11 last year after she allegedly crashed into a Honda while leaving the Outback Steakhouse in New York.

She was accused of clipping the vehicle with her Mercedes before fleeing the scene without leaving any information.

The driver of the car chased Dina back to her Long Island home while on the phone with 911. 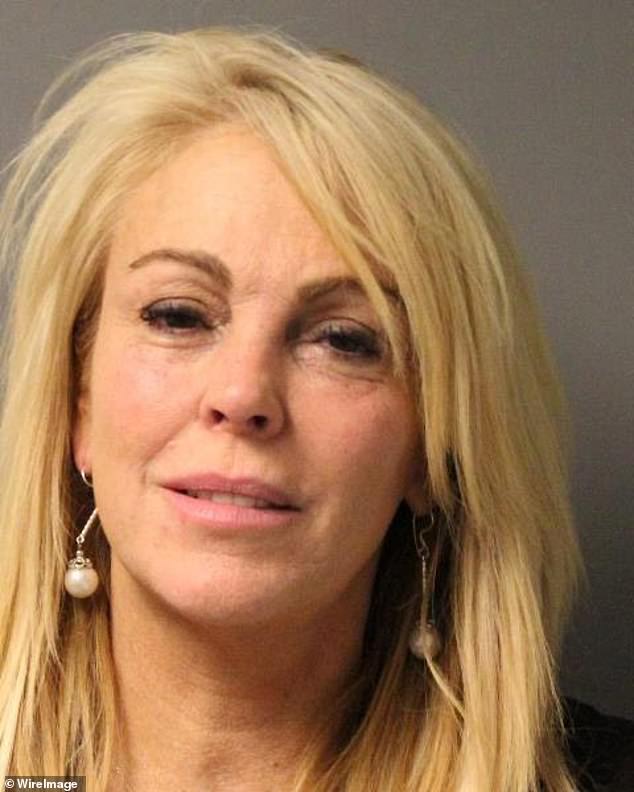 Previous offence: The above mugshot shows Dina after she was arrested for driving while intoxicated back in 2013

Police said they found Dina in the driver’s seat of her car outside her home.

She was taken into custody after allegedly refusing to take a breathalyzer test and  cursing at officers.

The arresting officer noted that her breath smelled like alcohol and her eyes appeared ‘glassy and bloodshot.’ 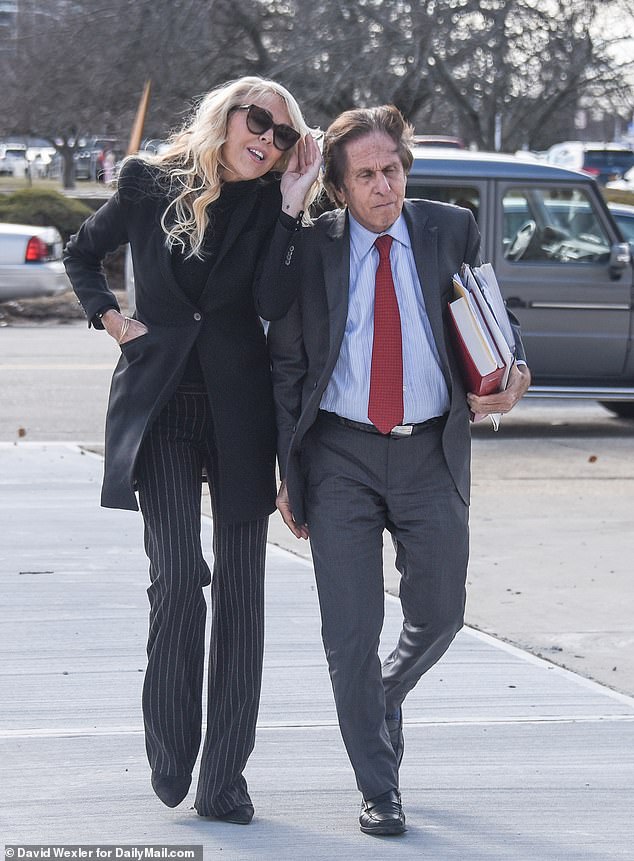 Trial: Dina Lohan seen arriving at Nassau County Courthouse, in Mineola, New York, with her attorney, for hearing about her DWI in February 27 last year

Police said she was unsteady when she got out of the car and fell onto the ground face-first.

Dina’s January arrest is her second for a DWI.

She was arrested in 2013 for drunk driving after police stopped her for speeding at 77mph in a 55mph zone.

Her blood alcohol level at the time was found to be more than twice the legal limit.

Her daughter, Lindsay, has also been arrested several times for drunk driving.