Lionel Messi: Argentine’s first 24 hours as a PSG player are shown in an all-access video

Day 1, behind the scenes! Access all areas video shows Lionel Messi’s frantic first 24 hours at PSG – as he meets new team-mates and boss after medical and unveiling at Parc des Princes

PSG have released an all-access video of Lionel Messi’s first day as he travelled from Barcelona to Paris and met his new team-mates and manager.

The 34-year-old put pen to paper on a mega £1million-a-week two-year deal on Tuesday amid much clamour and excitement in the French capital.

And the Ligue 1 giants have released a nine-minute long behind-the-scenes video showing Messi’s dramatic 24 hours, including his plane journey, medical and meeting the likes of Georginio Wijnaldum and Mauricio Pochettino in the evening. 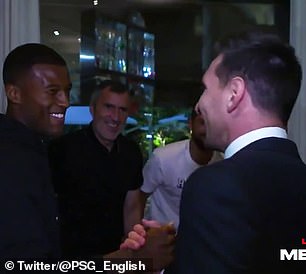 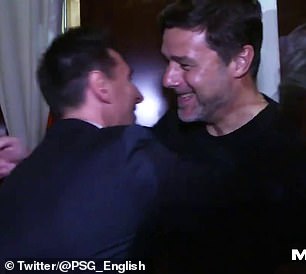 The video begins by recording Messi’s journey from Barcelona to Paris on a private jet, accompanied by his wife and three kids.

He then touches down in the French capital and waves to passionate supporters from the window of the airport.

The 34-year-old then undergoes a thorough medical test, with routine checks and fitness readings all included.

With shots from inside the car taxying Messi from place to place too, he then arrives at the Parc des Princes and wears the PSG kit – with Messi and the No 30 on the back of the shirt – for the first time. 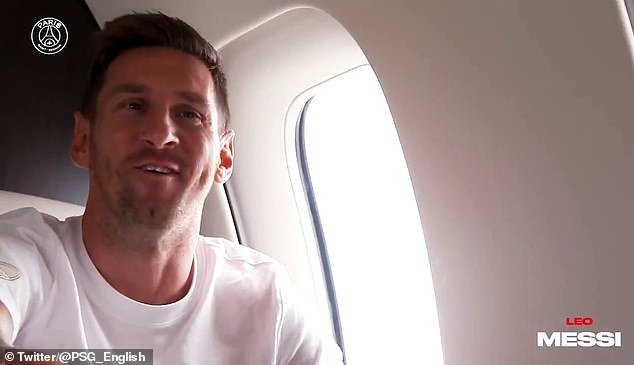 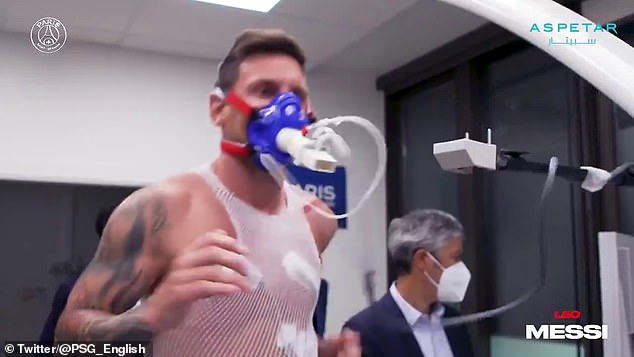 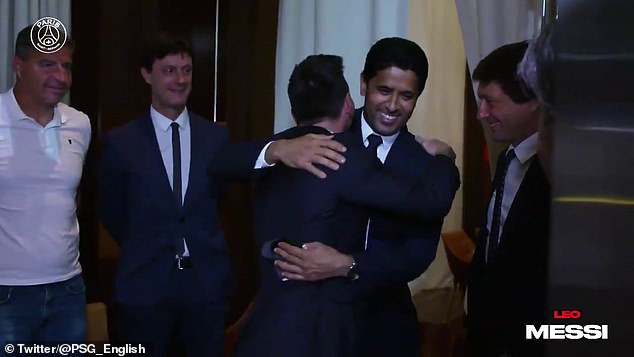 Later in the evening, he met president Nasser Al-Khelafi, with Leonardo (R) looking on too

Later in the evening, he meets new team-mate Wijnaldum – who also joined as a free agent this summer – and also manager Pochettino, who only joined himself in January.

He then poses for the cameras once again as he signs his contract alongside PSG president Nasser Al-Khelaifi, with sporting director Leonardo also present on a momentous day for the French club.

PSG are holding a press conference on Wednesday morning when the world will directly hear from Messi for the first time since his move. 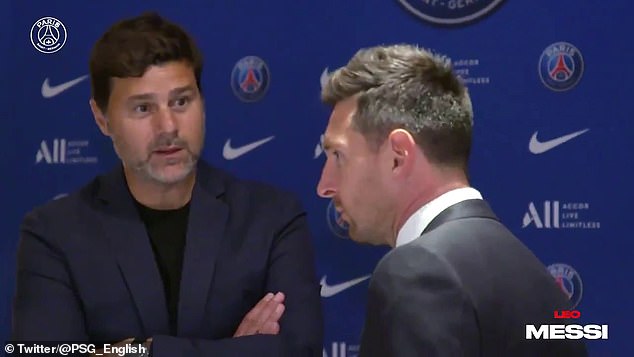 The video concludes with Messi sharing a conversation with compatriot Pochettino