‘It’s ugly that they whistle a team-mate like this’: Lionel Messi blasts Barcelona fans for treatment of Philippe Coutinho after Brazilian was jeered off during Liverpool victory

The Brazilian has struggled to meet expectations since moving from Liverpool in a £146million deal back in January 2018 and contributed little on Wednesday night against his former club.

He was hooked after an hour and was whistled off the pitch by his own supporters as Nelson Semedo came on to replace him. 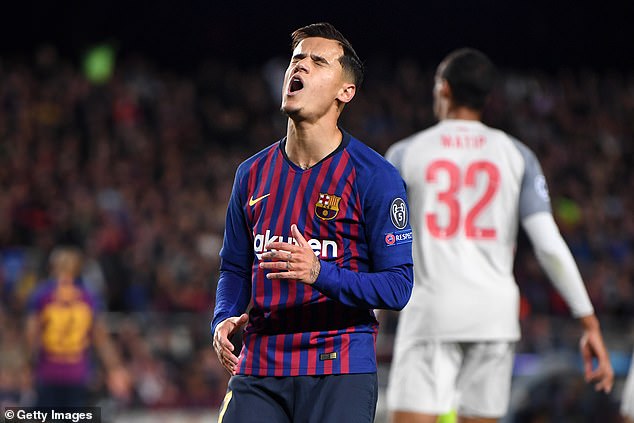 Messi, who bagged a brace to give Barcelona the ascendancy in the tie, blasted the home fans for their treatment of Coutinho.

‘Its ugly that they whistle a team-mate like this,’ Messi said after the final whistle.

‘We are all in this together. We have to be united to the end because we are close to are objective now.’

Barcelona will head to Anfield next week as the overwhelming favourites to qualify for the final after a 3-0 first-leg victory.

Luis Suarez came back to haunt his old side by converting a teasing cross from Jordi Alba to net the opening goal – his first in the Champions League this season. 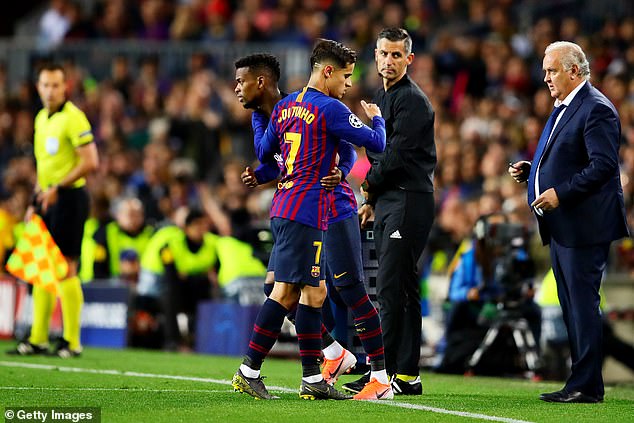 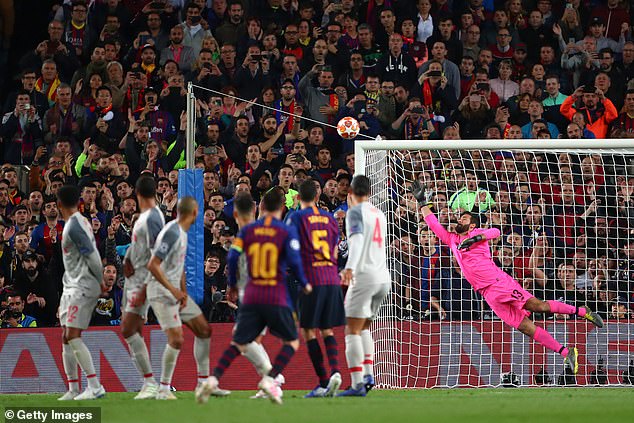 Messi tapped in from close after Suarez struck the bar to double the home side’s advantage before the Argentine hammered the final nail in the coffin with a stunning long-range free-kick.

It could have been worse for Liverpool, had Ousmane Dembele not fluffed his lines in the final minute of the match, but Messi stressed how important this result was.

He added: ‘We were so close to the fourth goal at the end. The 3-0 is a very good result but it’s not definite because we are going to a great stadium where the crowd will really get behind their team.

‘At the start we got drawn into their sort of very physical game and we are not used to it and that’s why we found it difficult at times early on.

‘It’s important that we did not concede. An away goal gives you so much.’