Lionel Messi remains the only player that can mesmerise us regularly

The press box at the Nou Camp is situated high up on the third tier of four which can make observers feel detached from the football at times.

One of the few advantages of this is that you can often see an opportunity or an angle for a pass before the players can.

Still, though, nobody up in the gods saw the pass that Lionel Messi played to present Ousmane Dembele with his first career Barcelona goal on Wednesday night.

As Messi nudged the ball away from Andreas Christensen and then Cesar Azpilicueta in midfield, Chelsea were drawn towards the danger approaching like a train without any brakes down their right hand side.

Inevitably, eyes were attracted to the diagonal run made by Luis Suarez across the front of the penalty area too. Certainly that was the direction taken by the covering white shirts, sucked over like magnets on metal.

But only Messi saw the alternative play. Only he seemed to be aware that Dembele was approaching away to his right, dashing forwards in the hope, no doubt, of picking up some pieces from the first drive at goal.

So how Messi saw the pass he played – 25 yards away and surely out of the range of his peripheral vision – only he will know. Chelsea were still asking themselves the same thing as Thibaut Courtois collected Dembele’s rising drive from the back of his net.

It would stretch things to say this is the kind of goal only Barcelona can score. Not so, however, that they remain the only team in Europe – and Messi the only player – who do things like this on a regular basis. It remains, at times, truly hypnotic. 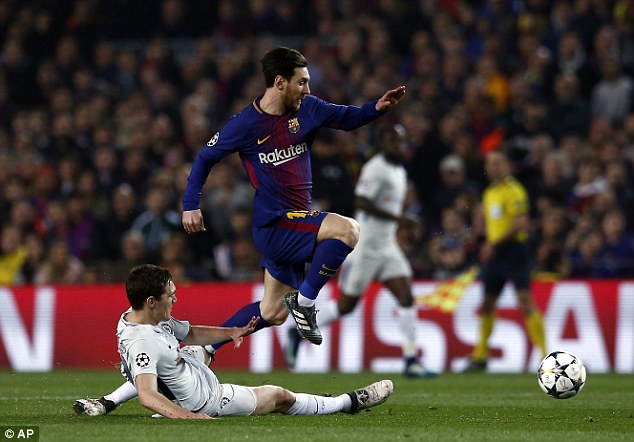 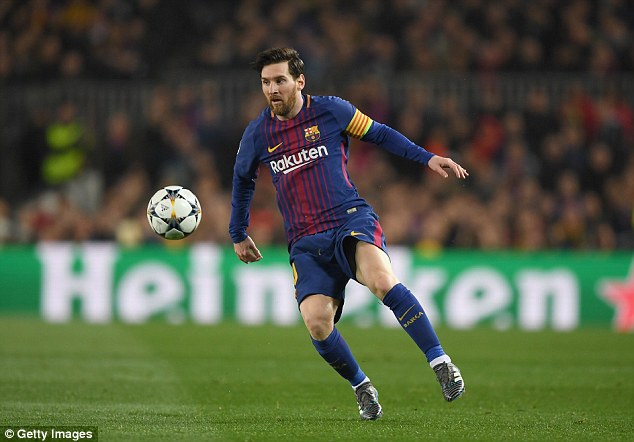 We can see plenty of Manchester City in the way that Barcelona play. Of course we can. And we know why.

However, the creed that Pep Guardiola is following in Manchester remains one to be refined over the remainder of this season and beyond. Here in Catalonia, they have been perfecting and repeating this clever, fluid, angular style of football for years and, four coaches on from Guardiola’s time, it shows.

Messi remains at the heart of it all. By scoring his team’s equaliser at Stamford Bridge three weeks ago and striking early here, the Argentinean wrote his name right through another big European tie.

But he can only function within the system provided and Suarez’s role in the Dembele goal was a good example of that.

The former Liverpool player was probably one of only two people in the ground who suspected he would not receive what looked like an obvious pass as he made his run across the penalty area. But he made the run anyway. If he hadn’t, the goal would not have been scored. 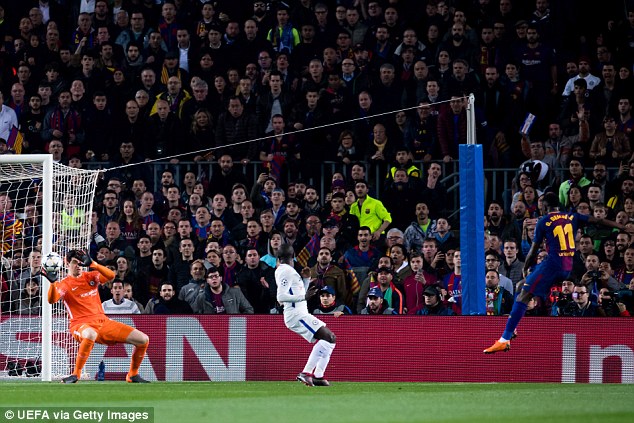 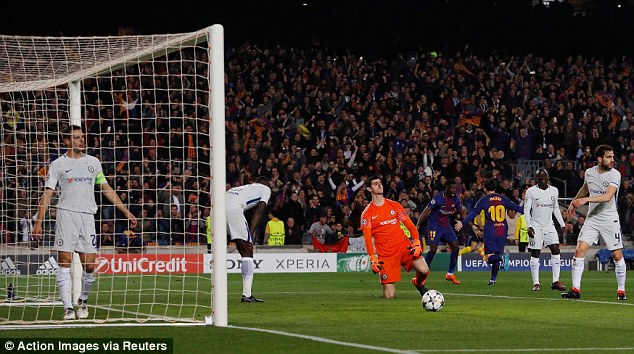 Again we draw parallels with City. At the Etihad, there grows a similar sense of selflessness and hard work. Without the work, great teams are left with only fluff. What did for Chelsea here was not fluff, but cold, clinical, dark-eyed execution.

In the stands, they are used to it. Barcelona had conceded only one goal at home in the Champions League before Wednesday night in the last two years. And they won that game 6-1.

It is five years ago, meanwhile, since they conceded twice in one night at the Nou Camp in European competition.

So when Messi struck so early, the goal was greeted with no rapture. This was a seriously important game in a finely balanced tie. But in the minds of the socios of Barcelona, it was not in the balance at all. This was a game that they would win simply because they always do. 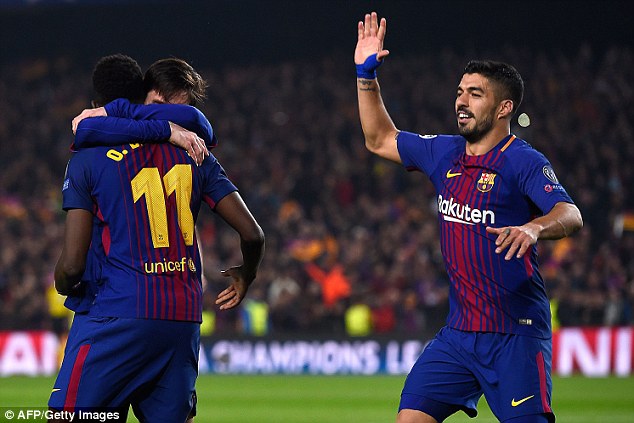 Chelsea were admirably game opponents and didn’t deserve to lose by three. For much of the first hour they were superior in territory and created opportunities that could have turned the tie back their way.

Marcos Alonso and N’Golo Kante missed back to back chances late in the first half that would, had one been taken, have edged Chelsea to within a single of goal of going through. In the second half they could have had a penalty.

But the difference was that Barcelona had more gears. We did not see the best of Chelsea defensively but they don’t have terribly more than they showed us here going forward. 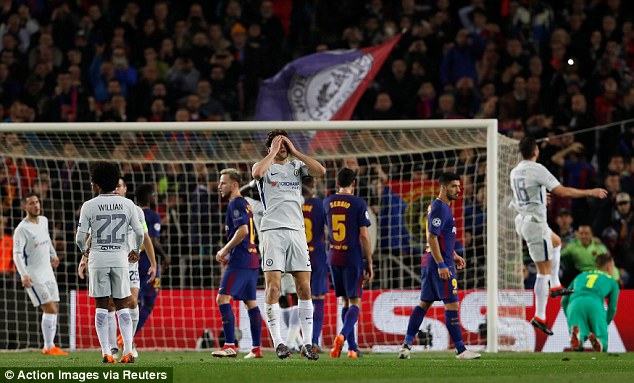 Barcelona are different. The Spanish team retain that infuriating and mesmerising – one if you are playing them and the other if you are merely watching – knack of coasting for long periods and then pressing the button marked turbo.

Never was that more apparent than when they broke to score their decisive third goal.

They have played City regularly recently and have usually prevailed. It would be interesting to see the 2018 version of that contest. Guardiola’s team have a greater ability to hurt teams than Chelsea and there was enough evidence here to suggest Ernesto Valverde’s side may grow uncomfortable under high quality interrogation.

But those are questions that may be asked another day. On Wednesday night Messi and Barcelona simply did what we suspected they might. On planet football, they remain the greatest draw of all.