While many Premier League players are back in training, Virgil van Dijk is still enjoying some time off.

The centre-back had an eventful conclusion to last season as he helped Liverpool to win the Champions League before featuring for Holland in the Nations League as they finished as runners-up behind Portugal.

Van Dijk, widely seen as one of the standout players in world football, attended Wimbledon for the first time, with the 28-year-old taking in the action as it unfolded on Centre Court. 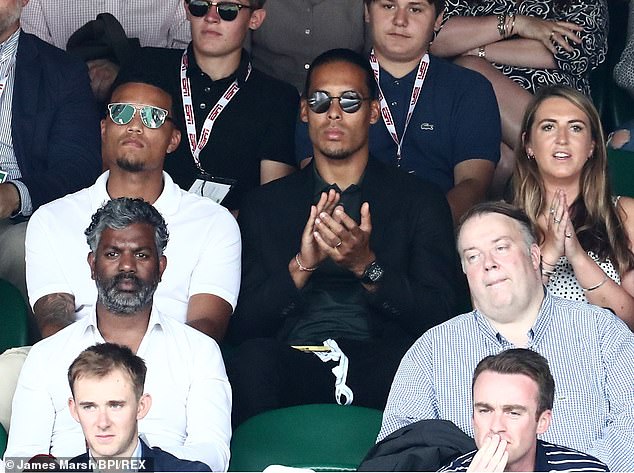 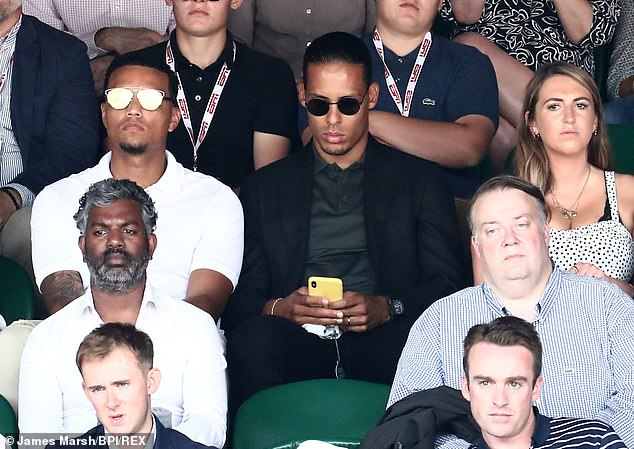 Next up, Serena Williams took on Barbora Strycova in the other women’s semi-final, with the American winning 6-1, 6-2.

Van Dijk was asked in an interview with Wimbledon’s official Twitter account whether he’d calmed down following Liverpool’s success against Tottenham in the Champions League final.

He said: ‘It’s been a while, so I had a nice little break and I’m happy to be here.’

Asked about the games he was set to watch at Wimbledon, van Dijk said: I’ve seen some games on TV in the last couple of days and to be here now I think it’s something special, and I’m looking forward to the games today and it’s going to be a good day.’ 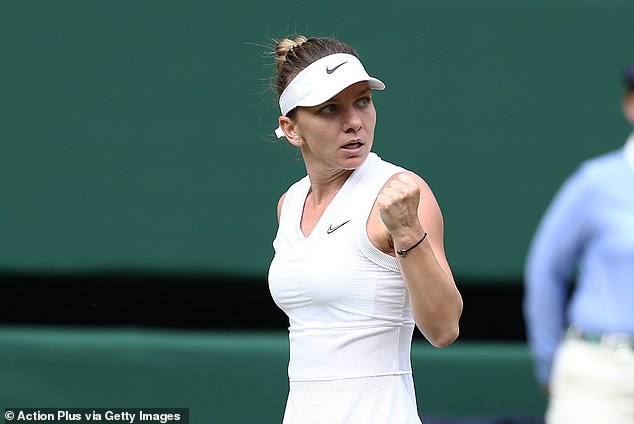 Van Dijk watched on as Simona Halep secured a 6-1, 6-3 win against Elina Svitolina 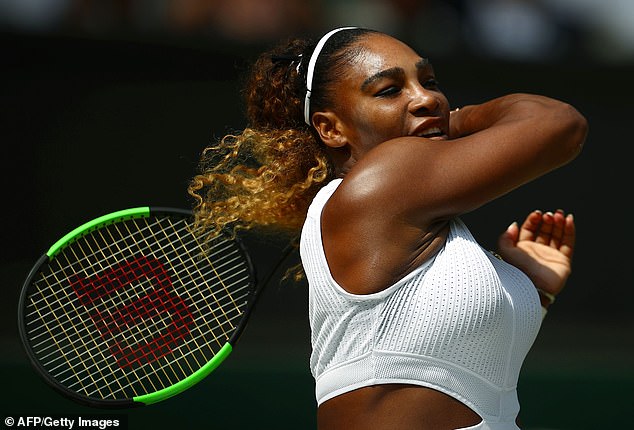 Serena Williams defeated Barbora Strycova 6-1, 6-2 in the other women’s semi-final

The 28-year-old was glad to be able to attend a sporting event where he wasn’t under pressure.

He said: ‘It’s very good. Hopefully I can just enjoy the games, have a drink and just relax.’

Van Dijk was also asked about how tennis players have to cope on their own while footballers can call upon the support of their team-mates.

He said: ‘Sometimes I get some help from my team-mates, but they (tennis players) have to do in on their own. They’ve got a great trainer, probably, in the stands cheering them on but it’s all about them.’

Liverpool commence their pre-season fixtures on Thursday night as they take on Tranmere Rovers, with van Dijk expected to return to Melwood shortly.