Liverpool have been dealt a potentially massive blow ahead of the FA Cup final as key midfielder Fabinho was forced off injured against Aston Villa.

Facing Steven Gerrard’s side at Villa Park on Tuesday night, the influential Brazilian limped to the sidelines in the first half and was replaced by Jordan Henderson.

The injury, which appears to be a hamstring problem, comes at a critical juncture in the season as the Reds face a season-defining run of four games across just 13 days.

Speaking after the 2-1 win, boss Jurgen Klopp told Sky Sports: ‘He felt something, which is a big blow for us. Hopefully it is not that bad, but we don’t know.’ 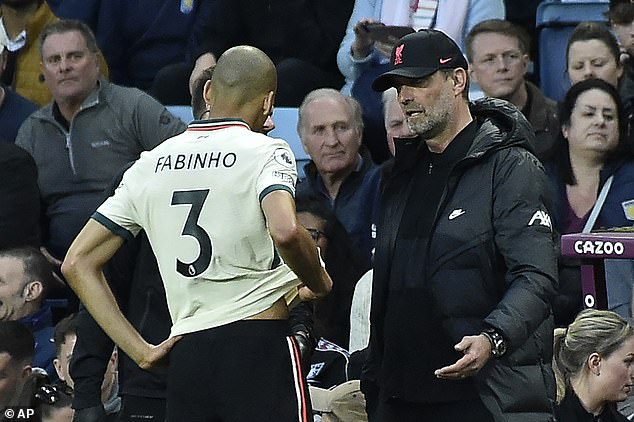 Fabinho, 28, sprinted back to chase former Liverpool midfielder Philippe Coutinho but partially pulled up and held the back of his thigh, grimacing in pain, after his efforts.

He then lay down on the turf to accept medical attention, but indicated he needed to be brought off, with a concerned-looking Jurgen Klopp embracing one of his star men.

Fabinho is now a major doubt for the FA Cup final against Chelsea on Saturday, just four days away. 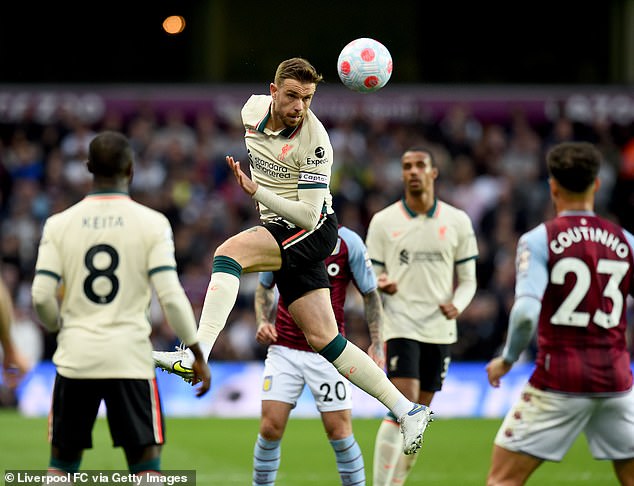 Liverpool are still chasing an unlikely quadruple, with the FA Cup final and Champions League final to come, plus three Premier League games to try to overtake leaders Manchester City. They won the League Cup earlier this year.

Before the game, Klopp, discussing five changes to his starting line-up, said: ‘Yes, it’s the only way. We cannot just push players through all the time. We have the quality (in reserve) so we may as well use it.’

Reds icon Jamie Carragher, speaking as a commentator on Sky Sports, added during the match: ‘It looks like Jurgen Klopp has rested the wrong midfield players!’