Living in fear, the allergy patients told by chemists: sorry, we’ve run out of EpiPens

The doctor in A&E who treated mother-of-two Abby Doherty when she was rushed in last month was blunt: had she arrived more than a few minutes later, she would have died.

For the first time in her life, Abby, 33, had suffered a severe allergic reaction — anaphylaxis — after eating a prawn and lobster starter, as part of a celebratory birthday meal out with her husband Leigh, 39. Her symptoms came on within an hour of the meal and rapidly escalated.

‘I’d never experienced anything like it before — it felt as though someone was sitting on my windpipe,’ says Abby, a sales and marketing consultant.

‘My face felt as though it was on fire, and I was scratching so manically that I almost drew blood.’

Leigh, a commercial property agent, drove her to a walk-in medical centre near their home in Hastings, East Sussex, where concerned staff called an ambulance.

‘I stumbled in, clawing at my face and scalp,’ she says. ‘I was terrified. The receptionist took one look at me and shouted for the doctor.’

Abby was immediately given a shot of the hormone adrenaline — which can help reverse the effects of a severe allergic reaction — and within seconds her breathing improved.

But minutes later, her airway started to close again. She was given another adrenaline injection and put into an ambulance. By the time she got to Conquest Hospital, just four miles away, a crash team had been put on standby because of the chance Abby might have a cardiac arrest.

She was treated with a third dose of adrenaline — which eventually helped to reverse the effects of her severe reaction — and opened her airways.

When Abby was discharged the next day, the doctor was adamant: in future she must always carry EpiPens — preloaded syringes that deliver a shot of adrenaline to help halt an anaphylactic reaction. 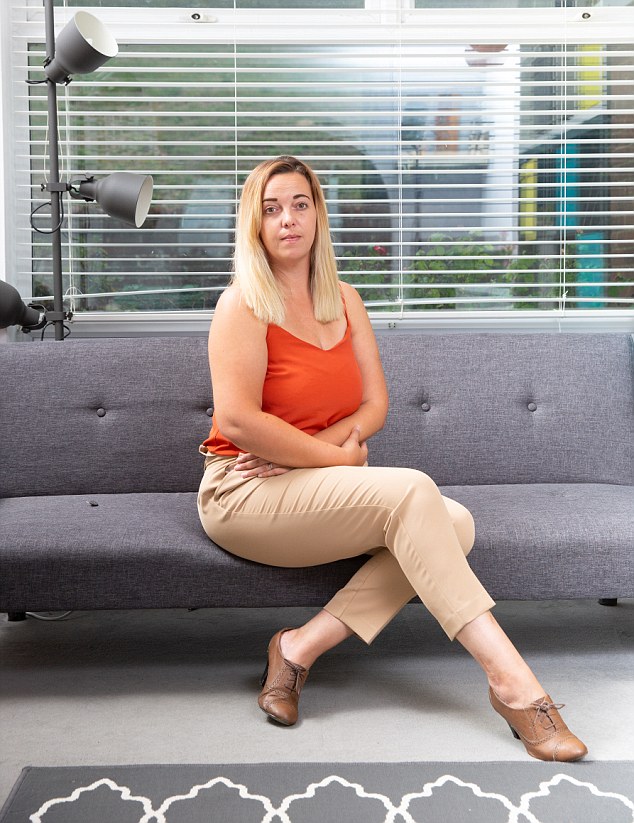 Out of stock: Doctors treated her with adrenaline, but she was lucky to get last of the supply

These auto-injectors, as they are known, hold a smaller dose of adrenaline — 0.3 mg rather than the 0.5 mg or more used in hospitals — but the idea is that using them gives the person having the reaction time to get to A&E.

Official guidance is that those with a severe allergy should carry two in case one misfires or the reaction quickly recurs — as Abby’s had been so violent and prolonged, the doctor wrote her a prescription for three.

But when she went to the hospital’s pharmacy to collect them, she was told that not a single EpiPen was available.

On her return first thing the next day, she was given the same news — not one of the potentially life-saving devices was in stock.

The only EpiPen she could get was an EpiPen Junior, the child’s version of the life-saving injection, which contains 0.15mg of adrenaline — half the adult dose, and an amount unlikely to help an adult.

It took Abby a month — during which time she rang all the pharmacies in her area on a virtually daily basis — before she was able to obtain two adult versions.

‘The whole time I was living in fear and I hardly slept with the worry,’ says Abby, who has two daughters, Madelyn, 12, and ten-year-old Ella-Rae.

‘I wasn’t going to eat shellfish after what I had gone through, but I was worried about coming into contact with it accidentally. I had to warn my daughters that even kissing me after they’d eaten shellfish might set off a reaction.’

It’s a worrying situation and one that many of the 200,000-plus people in the UK who live with severe allergies also find themselves in. Due to a nationwide shortage, many chemists in some areas have no EpiPens at all and those that do are having to limit the number they dispense to a maximum of two per person — even in cases such as Abby’s, where doctors recommend three.

Such has been the scramble for them that many online pharmacies that sell the pens at £48 each say they are out of stock, too. 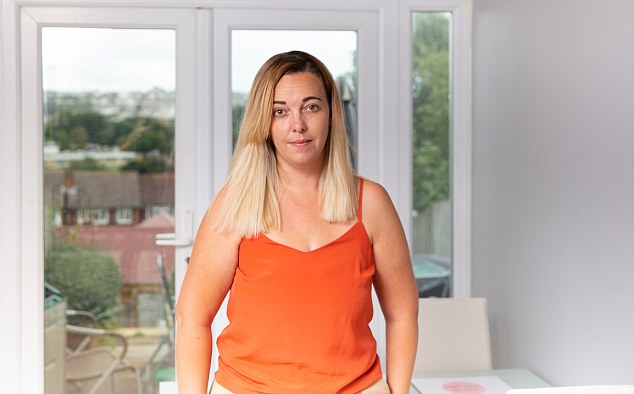 Shocking: When she went to the hospital’s pharmacy to collect an EpiPen, she was told that not a single one was available – even though it was essential to stop another potentially-fatal attack

It was in May this year that American pharmaceutical company Mylan, the main manufacturer of EpiPens, announced it would begin global rationing because of supply issues with its manufacturing partner, pharma giant Pfizer.

Pfizer’s Steve Danehy said in a statement that the problem related to ‘the limited supply of certain third-party components.’

And rather than abating, the problem appears to be worsening. In an update published earlier this month, Mylan admitted it would also be restricting global distribution of its EpiPen Junior product, putting children at risk, too.

It means that a maximum of two of these child’s EpiPens can be dispensed at once — if the pharmacy even has any to dispense.Versions of the auto-injector pens are also produced by British pharmaceutical firm ALK Abello and Swedish company Emerade, but both admit they are struggling to make up the shortfall.

‘It is not always easy to respond to very sudden spikes in demand. However, ALK is doing all it can to help in the current situation.’

Robbie Turner, director of pharmacy and member experience at the Royal Pharmaceutical Society, says pharmacists are struggling to keep up with demand. ‘Even with pharmacists working flat out, it has become increasingly difficult to get hold of supplies of some adrenaline pens and it is patients who suffer,’ he says.

‘This is a global problem and will require international solutions.’ In the U.S., the Food and Drug Administration has taken the extreme measure of extending the expiration date on some batches of EpiPen by four months to help those hit by the shortage, although not the children’s version.

Those affected by a serious allergy will certainly hope other suppliers manage to fill the gap — according to the charity the Anaphylaxis Campaign, every year, around 20 people in the UK will die from anaphylactic shock.

‘Anaphylactic shock, or anaphylaxis, is a potentially life-threatening reaction to allergens including shellfish, nuts and bee stings,’ explains Adam Fox, a consultant allergist at Guy’s and St Thomas’ Hospital in London.

‘Whereas typically an allergy will cause a rash, sneezing and watering eyes, anaphylaxis is the most severe form of an allergic reaction and affects breathing and circulation.’

HOW TO COPE IF YOU’RE HIT

The Anaphylaxis Campaign has released the following guidelines for those affected by the EpiPen shortage:

‘If it expires in October, it can be used until October 31. Inform your GP well in advance that you will need a repeat prescription.

‘Don’t dispose of “expired” adrenaline auto-injectors until you have a new supply. And if the liquid in the device is not cloudy or discoloured, it is safe to be used in an emergency.’

That’s because whereas an allergy affects localised areas, anaphylaxis affects the whole body. As a result, the airways can swell and blood pressure can drop.

Cases of anaphylaxis have increased and so there is great demand for auto-injectors: according to NHS figures, 325,785 auto-injectors were prescribed in 2016, the most recent period for which figures are available.

The Department of Health and Social Care said that they are working with the manufacturer to try to solve the problem.

‘Limited supplies are available and are being closely managed to ensure pharmacies are able to obtain enough stock to fulfil prescriptions,’ a spokesman said.

They advise anyone unable to obtain a supply of their 0.3 mg EpiPen to talk to their doctor about using an alternative.

Professor Helen Stokes-Lampard, who is chair of the Royal College of GPs, says it is ‘crucial’ that patients living with anaphylaxis carry two auto-injector pens because they ‘can deteriorate very quickly after being exposed to an allergen.’

But, she admits some are unable to do that at the moment.

For those like Abby, it’s scant reassurance. Although she now has two EpiPens and a junior one, she is naturally worried about what will happen when they expire in October.

She has been warned she may start to have reactions to other allergens, and is facing a long wait for allergy testing at a specialist NHS unit.

‘These devices could literally make the difference between life and death for me and countless others. I really hope they sort this problem with EpiPens out — and fast,’ she says.