Drunk Australia Day revellers trash one of Sydney’s most pristine beaches, leaving the shoreline strewn with beer bottles and rubbish

Outraged locals have expressed their disgust after a popular beach in their exclusive suburb was trashed by ‘disrespectful’ Australia Day revellers.

Shocking photos emerged online of the mess left behind on Sunday at the usually picturesque Balmoral Beach in Mosman on Sydney’s lower north shore.

The family-friendly swimming spot was packed with hundreds of visitors celebrating Australia Day with picnics and barbecues as temperatures soared into the mid-30s. 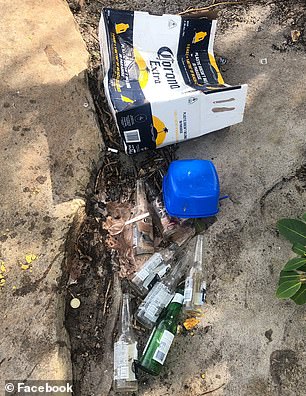 The beach was left in a sorry state afterwards, littered with broken beer and wine glass bottles, food scraps, plastic bags and even socks and other abandoned clothing items.

‘The amount of rubbish on Balmoral Island right now is insane. These photos don’t show all of it. Happy Australia Day!’ a furious local captioned the photos on Facebook.

His post was inundated with comments from other shocked locals, who described the scene as disrespectful, embarrassing and disgusting. 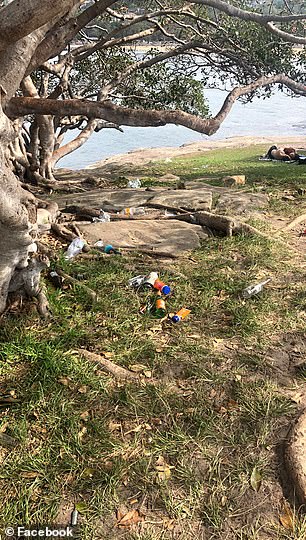 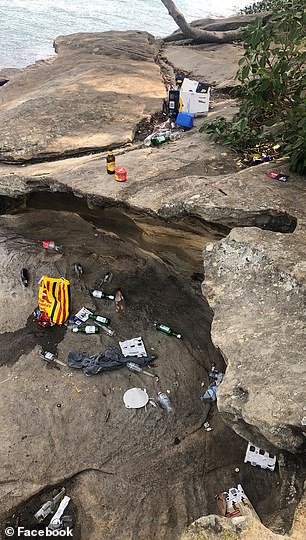 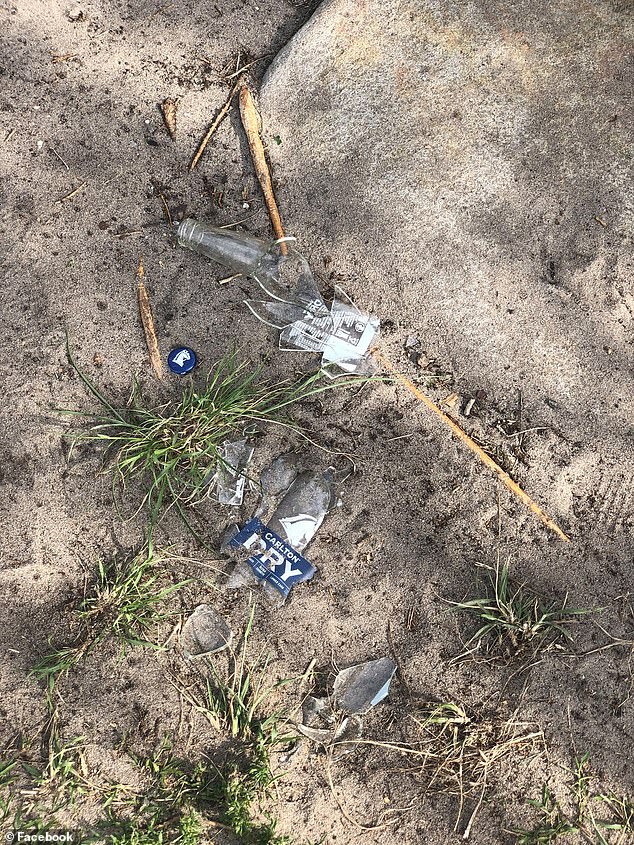 ‘That’s really nasty and dangerous. All the broken glass is a real hazard,’ a woman commented

‘That’s sad. Australia Day seems to be drunken bogans waving their flag, getting so p*****, leaving all their s*** behind. It’s crazy,’ one resident commented.

Another added: ‘How sad it is. If we love Australia, we need to take care of our beautiful environment.’

Others expressed concern about the amount of broken glass at risk of causing harm to beachgoers. 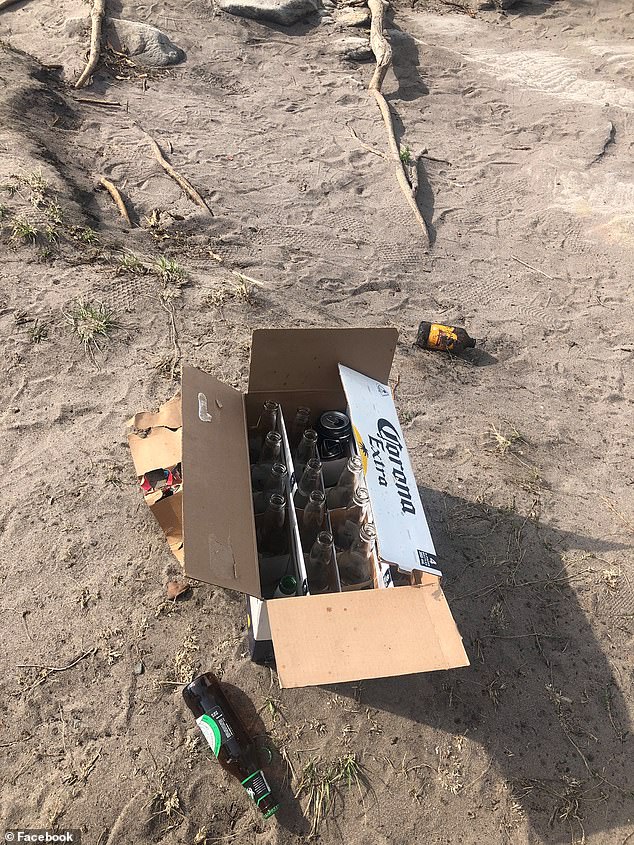 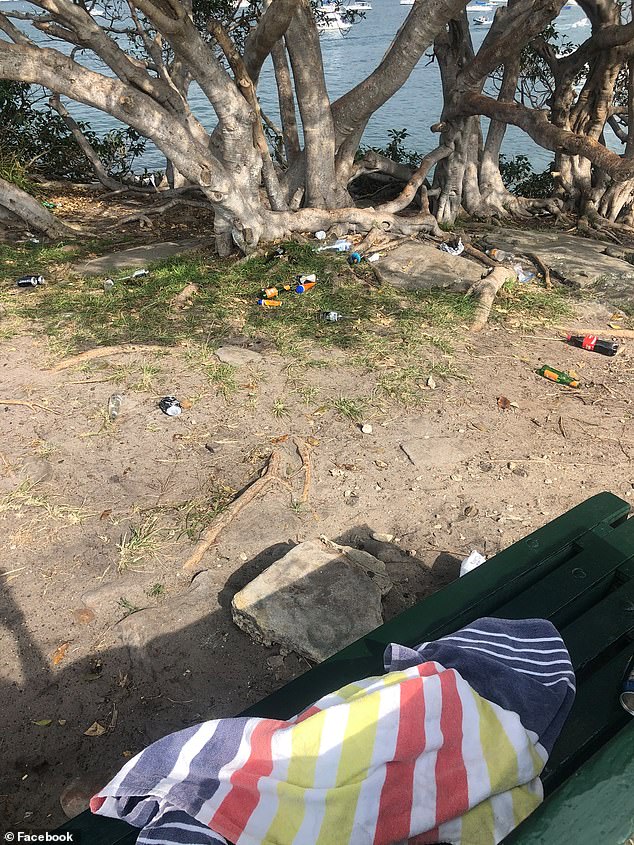 Littering fines range from $80 for small items such as bottle tops and cigarette butts and $250 for general littering, according to the NSW EPA

‘That’s really nasty and dangerous. All the broken glass is a real hazard. Big clean up required,’ one commented.

Opinion was divided over whether locals or others visiting from other parts of Sydney were responsible for the carnage.

‘Mosman’s little darlings are such a treat,’ one person commented.

But another replied: ‘I don’t think it’s all Mosmanites doing this to our beaches.’

The Balmoral beach precinct is listed on the NSW state heritage register.

Littering fines range from $80 for small items such as bottle tops and cigarette butts and $250 for general littering, according to the NSW Environment Protection Authority. 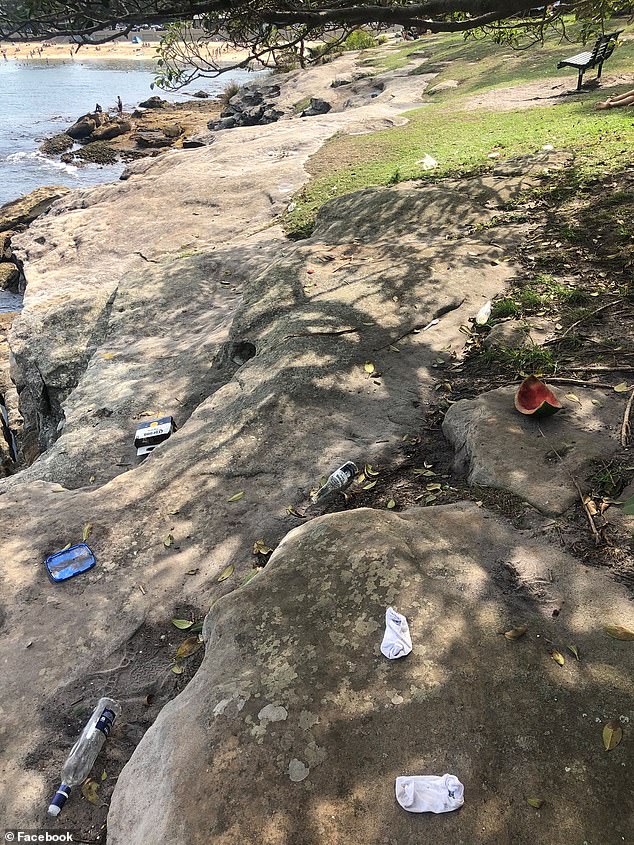 Residents described the aftermath at Balmoral as disrespectful, embarrassing and disgusting