Carroll scooped the lottery jackpot  in 2002 but he squandered away the money on fast cars plus drink and drugs.

He is now penniless and is delivering coal and chops firewood at a fuel merchant’s firm in Elgin, Scotland.

Lotto lout Michael Carroll is earning £10 an hour working as a lumberjack after frittering away his his £10 million fortune. He is pictured celebrating his lottery win

He is now penniless and is delivering coal and chopping firewood at a fuel merchant’s firm in Elgin, Scotland.

Speaking to The Sun, he said: ‘I hump around 50kg bags of coal and I chop the logs that are sold at filling stations.

‘My £10million vanished in just ten years and I don’t have a home or a car to call my own. But I’m not bitter.

Carroll’s day starts at 6am and he often works 12-hour shifts.

But Carroll is not downbeat about having to do backbreaking work since becoming broke.

He said: ‘I might deliver 150 sacks of coal a day. Sometimes I’ll get a tip of a few quid which is quite funny.

He explained that he is much better shape physically, having slimmed down from 22st to his current weight, 17st. 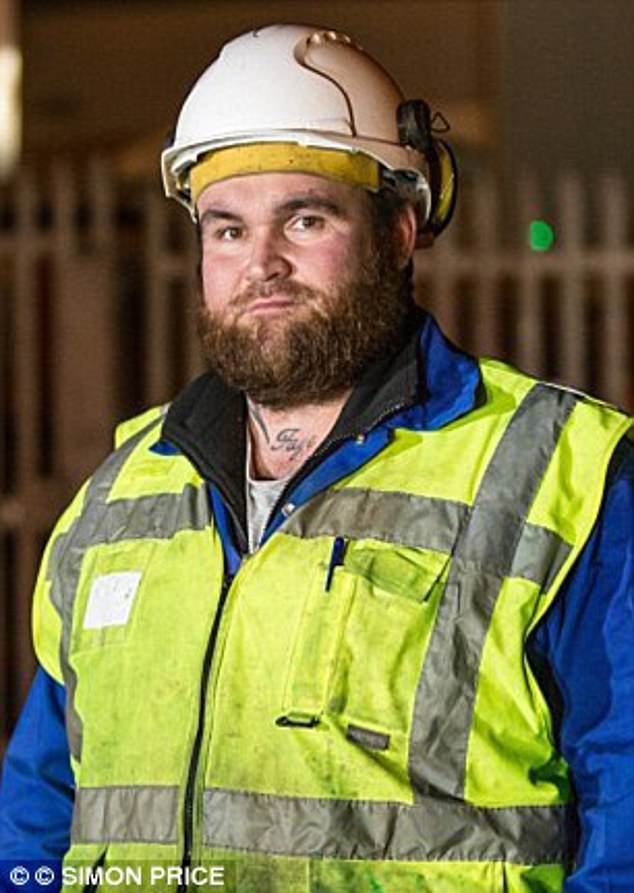 Michael Carroll took a £204-a-week job in biscuit factory after squandering £10m jackpot and is delivering coal and chopping firewood at a fuel merchant’s firm. He is pictured in 2012 at the biscuit factory he worked at

He said that life isn’t all about money and that he has never been happier since returning to work.

According to Carroll, becoming broke is the ‘best thing that happened to him’, adding: he ‘had a great time doing it’.

Carroll won £9.7million on the National Lottery in 2002 and immediately set about spending it.

He gave £4m to friends and family, bought a mansion in Swaffham, Norfolk, and splashed out on racing cars.

He admits wasting millions on cocaine, drink, gambling and prostitutes, plus drinking two bottles of vodka a day.

After his win, Carroll hit the headlines for his reckless behavior. 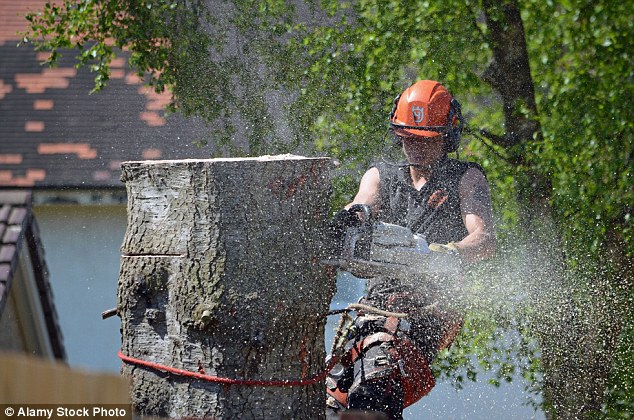 Carroll’s day starts at 6am and he often works 12-hours a day. Stock picture shows a lumberjack chopping a tree with a chainsaw

He was handed an ASBO for terrorising his neighbours and was jailed for five months in 2004 after failing to comply with a drug treatment order imposed as part of a sentence for cocaine possession.

In February 2006 he was jailed for nine months for affray.

By February 2010, he was declared bankrupt and  found himself back on Jobseeker’s Allowance.

Among Carroll’s previous jobs since going broke was at a biscuit factory in Elgin.

Carroll occasional plays the lottery and said If he won again, ‘he’d be down the yard at six every morning just to keep out of trouble’.