A Lucchese mob boss, a member of the same crime family and a hired gun have been jailed for life for the murder of another gang leader in the Bronx in 2013.

Matthew Madonna, 84, Chris Londonio, 45, and Terrence Caldwell, 61, were handed the life-long sentences on Monday, having been found guilty of the slaying in November last year.

A New York court heard that Madonna ordered a hit on Michael Meldish, leader of the notorious Purple Gang, after he refused to repay a debt.

Londonio, a made man within the Lucchese family, lured Meldish – who was his friend – into position, before Caldwell, a hired gun, shot him in the head.

The sentencing comes after it was revealed that Londonio – who used to weigh 350lbs and was nicknamed Veal Chop – had hatched an elaborate plan to escape jail before trial that involved losing enough weight to fit through a small window. 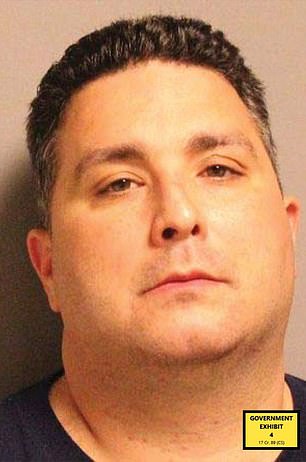 Matthew Madonna, 84 (left), and Chris ‘Veal Chop’ Londonio, 45 (right), have both been jailed for life for ordering and carrying out at hit on a rival mob boss in the Bronx in 2013

Meldish was a known mobster who, as boss of the Purple Gang, ran much of the drugs trade in the Bronx and Harlem, the trial heard.

Authorities suspect his brother and criminal associate Joseph Meldish of being responsible for 70 murders.

As leader of the gang, the elder Meldish also carried out jobs for the Lucchese, Genovese and Bonanno gangs – three of New York’s Five Families.

But in 2013 he fell foul of Madonna, then acting boss of the Lucchese, after refusing to repay a $100,000 gambling debt he owed.

When Madonna tried to collect the debt, Meldish told him to ‘f*** off’, the trial heard.

That prompted Madonna and his second-in-command, Stephen Crea, to decide he needed to be ‘whacked’.

Crea relayed the order to Londonio, who asked Meldish to meet with him on Ellsworth Avenue in the Bronx on the night of November 15, 2013.

Meanwhile Caldwell, who was an associate of the Lucchese family but was not a member, met with Meldish beforehand and drove to the location with him.

As Meldish went to get out of the car to speak with Londonio, Caldwell shot him once in the head, killing him instantly.

Caldwell then got into Londonio’s car, and the pair drove away from the scene.

The trio were arrested along with Crea in a massive bust against the Lucchese family carried out in 2017. 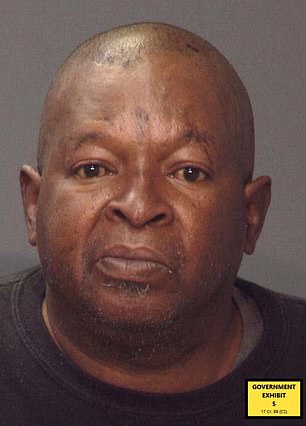 All four were subsequently charged with the killing, along with other crimes ranging from fraud and extortion to beatings and shootings.

Shortly after being locked up at the Metropolitan Detention Center in Brooklyn, Londonio hatched a plan to escape along with his co-accused.

As part of the scheme, Londonio planned to have his local priest smuggle ‘a diamond-tipped hacksaw blade’ into the MDC that he could use ‘to cut through the steel window guards’ of his cell, according to an FBI report on the escape attempt.

Phase two involved having Lononio’s mother smuggle dental floss into the jail, which he planned to use as a wire saw to cut through the window itself, the FBI said.

After punching two holes in the window glass using a homemade tool, Londonio planned to ‘snake’ the knotted dental floss in one hole and out the other using a second tool ‘fashioned out of an electrical clamp’, the agents wrote.

‘The floss would then be pulled back and forth, creating a sawing effect on the glass,’ allowing Londonio and his accomplices to slip out into the parking lot at night, the report said.

To test surveillance at the facility, Londonio’s wife went into the parking lot outside his cell and danced feverishly for a while, but was never stopped or escorted out, leading the plotters to believe there was no camera coverage in the area, the agents said. 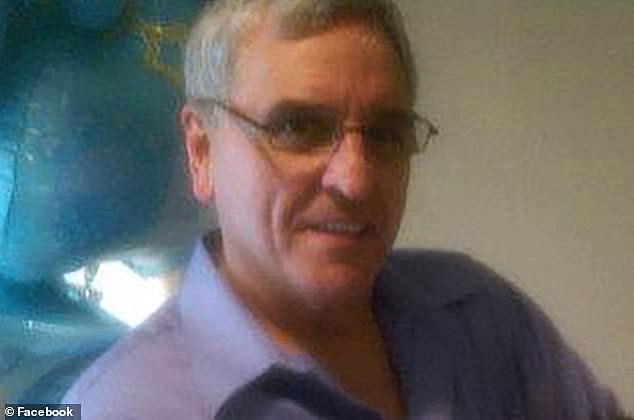 Meldish was killed after refusing to pay a $100,000 gambling debt to Madonna, the court heard, telling him to ‘f*** off’ when he demanded his money

‘Londonio was also going to dye their shirts using Kool-Aid to avoid looking overly suspicious while en route to their safe house in Brooklyn,’ the agents said, without specifying a flavor.

Initially, Londonio planned to wait with his accomplices in the Brooklyn safe house for several days until the heat died down, and then make his way to a secret hideaway in Monticello in upstate New York, the report said.

‘A close friend,’ whom Londonio described ‘as a big bookmaker from the Arthur Avenue section of the Bronx,’ the agents wrote, ‘was going to provide $150,000 to sustain them while on the lam’ in a home that ‘the Londonio family owned in Monticello’ that was ‘not traceable to his family.’

At the Monticello stronghold, he planned to remain a year ‘while Londonio’s father obtained false documentation for them and Londonio was able to have his appearance changed through cosmetic surgery,’ the agents wrote.

However, the plan suddenly changed when Londonio became enraged at the wife of then-Lucchese acting boss Matthew Madonna, who was one of his co-defendants in the murder trial, for showing him ‘disrespect,’ according to the report. 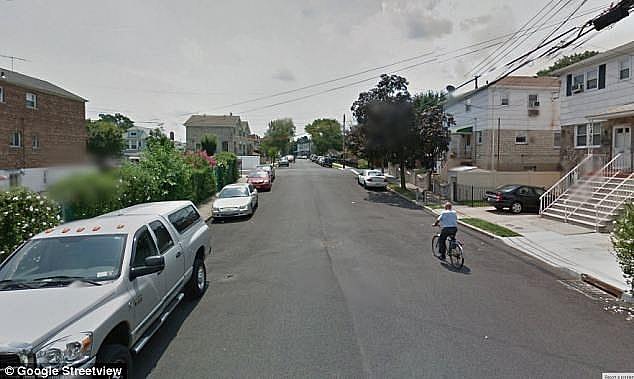 Londonio lured Meldish to this street in the Bronx in November 2013, where Caldwell shot him in the head before the pair fled in the same car

‘Londonio’s revised plan involved stopping in the Bronx,’ the agents wrote, ‘to kill both Madonna’s wife and his unidentified partner in a loansharking business’ who had stolen $200,000 from him.

Londonio told an informant, the agents wrote, that ‘his designs on Mrs. Madonna were a result of the disrespect Madonna had shown him and his family, particularly after, ‘all [he] had done for [Madonna.]’ ‘

The alleged plot fell apart when one of Londonio’s jailhouse confederates, bank robber David Evangelista, crumbled under pressure and squealed on his plans to prison guards.

Londonio was later acquitted of the escape charge.

Sentencing Londonio on Monday, Judge Cathy Seibel said he had planned to cooperate with investigators in order to avoid a life term, but backed out under pressure from his co-accused.

He refused to address the courtroom as he was sent down.

Crea, who was also found guilty of his part in the murder, has yet to be sentenced – though is facing a mandatory minimum of life behind bars.

FROM A ‘PEACEFUL’ FAMILY TO A BLOODY REIGN OF TERROR: A HISTORY OF THE LUCCHESE

Well-known as one of New York’s Five Families, the Lucchese trace their roots back to the 1920s when Gaetano Reina, who had served as a captain in the Morello family, split off to create his own.

He led the gang until his murder in 1930 on the orders of Giuseppe ‘Joe the Boss’ Masseria, when the outfit was taken over by Tommy Gagliano.

Known as the Gagliano Family, Tommy was involved in the founding of the Five Families and the creation of The Commission which mediated between them. 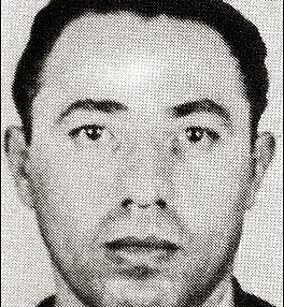 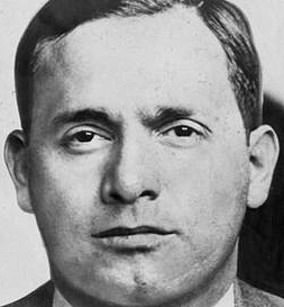 Tommy Gagliano (left) was an early boss of the family and made it one of New York’s Five Families with a seat on The Commission. Tommy Lucchese (right) increased its power and influence, giving the modern outfit its name

With roots in the Bronx, New Jersey and Manhattan, the Gagliano Family were known as peaceful and low-key.

When Gagliano died – some time between 1951 and 1953 – the outfit was taken over by his long-term underboss Tommy Lucchese, from where the modern outfit takes its name.

Under his leadership the gang rose in prominence to become one of the most powerful to sit on The Commission, though remained largely at peace with the other families.

After his death from a brain tumor in 1967, control of the family passed briefly to Carmine Tramunti and then to Anthony Corallo.

Corallo was sent to jail as part of the Commission case of 1986, naming his successor as Vittorio ‘Little Vic’ Amuso.

Amuso promoted longtime partner Anthony Casso to underboss, and together the pair instigated one of the bloodies reigns in Mafia history, executing anyone who dared to cross them.

Casso, nicknamed gaspipe,  is believed to have personally killed 40 people, while ordering the killings of around 100 more, including via corrupt NYPD officers. 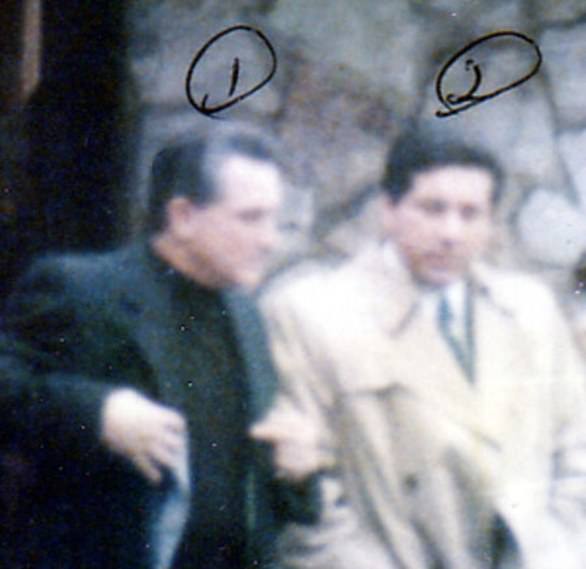 Vittorio ‘Little Vic’ Amuso (left) is current boss of the family, despite being in jail since 1991. Alongside underboss Anthony Corallo (right), the pair instigated one of the bloodiest reigns in Mafia history

The carnage ultimately convinced someone to give up Amuso to the police, and he was arrested in 1991.

Several prominent members of the family then turned witness, including acting boss Alphonse D’Arco, who became the first boss of a New York crime family to testify against them.

His testimony led to the arrest of almost the entire Lucchese Family hierarchy, and almost destroyed the family entirely.

Amuso, now aged 85, is still boss of the family and is believed to run it from behind bars, making him the longest-serving mob boss of the Five Families.

Day-today responsibilities are dedicated to an acting ‘Street Boss’, which was the role held by Madonna until his arrest in 2017.

Michael DeSantis is thought to be the current street boss of the family.