‘Roy Keane would have made us unbeatable and Alan Shearer could have got 100 goals’: Luciano Moggi on the Premier League stars who nearly joined Juventus and why Thierry Henry flopped in Italy before Arsenal move

Luciano Moggi was the director of Juventus when Marcello Lippi was manager and guided them to their last Champions League triumph all the way back in 1996.

They beat an Ajax side boasting the likes of Edwin van der Sar, Edgar Davids and Partick Kluivert at the Stadio Olimpico in Rome. After a 1-1 draw following extra time, Juventus won 4-2 on penalties.

It is a triumph that now hangs over Juventus; they have struggled to translate domestic success, where they have won the last eight consecutive Serie A titles, into continental glory. 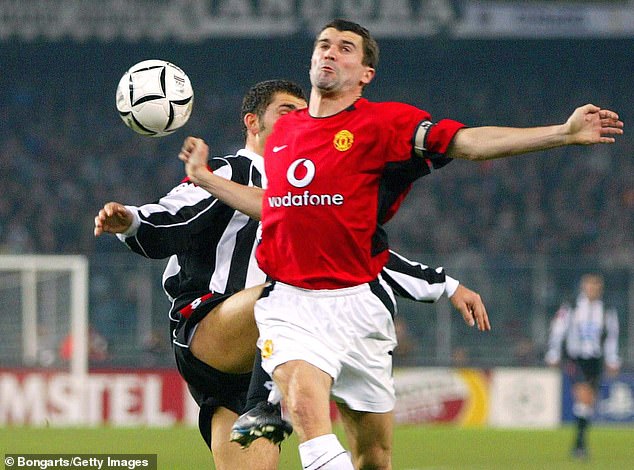 Juventus, Moggi says, were once close to signing Roy Keane on a free from United

But under the guidance of Moggi and Lippi, Juventus were unfortunate not to enjoy more success in Europe. It was Sir Alex Ferguson’s treble winning Manchester United side that halted them at the semi-final stage in 1999.

‘Both were great teams,’ Moggi recalls. ‘Excellent managers, excellent coaches and great players. The challenges between us and United were epic and Ferguson was a great coach. We had the Italian Ferguson in Lippi.’

And indeed the Italian Ferguson, as Moggi calls Marcello Lippi, nearly swooped for one of United’s most integral lieutenants.

‘We were very close to Roy Keane when his contract was expiring with United,’ Moggi reveals.

‘A phenomenal player. He would have made our midfield unbeatable.’

It turns out that Keane was not the only player in the Premier League in the late 90s that Juventus were watching.

‘I always appreciated Alan Shearer, a unique striker who would have scored over 100 goals in a few years,’ Moggi said.

‘And Steve Mcmanaman there was much more than a just a thought. He too was due at Juventus but in the end he preferred to go elsewhere.

‘Then there was the story of Mark Bosnich. He seemed to be ours but then we changed our mind at the last moment after long reasoning. He would have done well in Italy too.’ 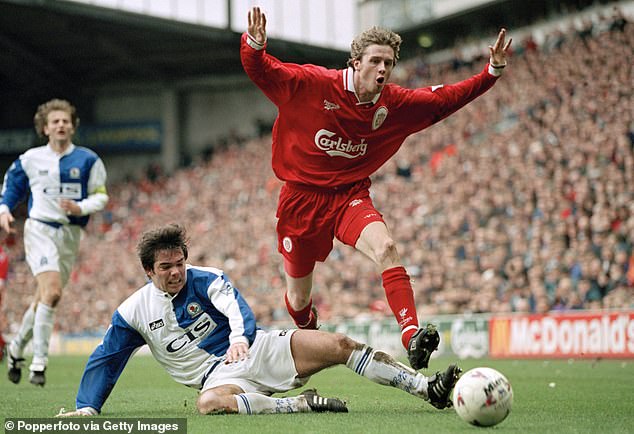 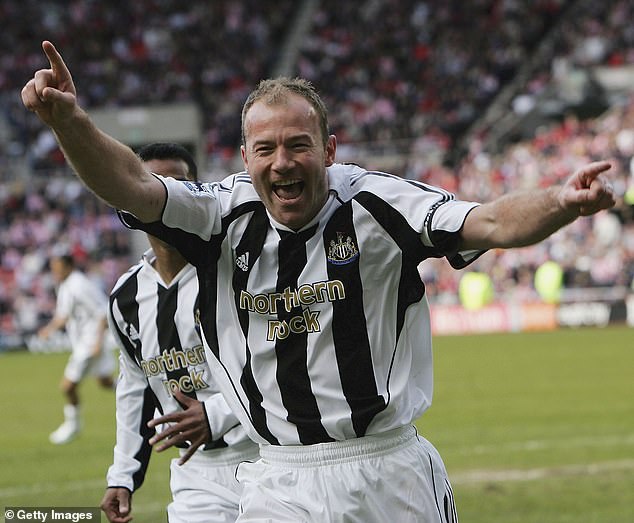 Alan Shearer would have scored over 100 goals if he had headed for Juventus, Moggi said

But Juventus and Lippi had arguably the greatest Premier League player, Thierry Henry, on their books in 1999 but after the Frenchman had a difficult season in Serie A, he was sold to Arsenal.

Henry scored an astonishing 228 goals in 377 games for Arsenal and Moggi insists he was not surprised to see the Frenchman hit those heights.

‘We knew Henry would do very well in England and at Arsenal,’ Moggi said.

‘Arsene Wenger is a master and he too could have signed with Juventus to succeed Lippi. Henry in Italy suffered from tight marking and was sad when he had dropped to the bench. We knew he would do very well in England and it was like that.’

Another Premier League success story who failed to make an impact at Juventus was Van der Sar. 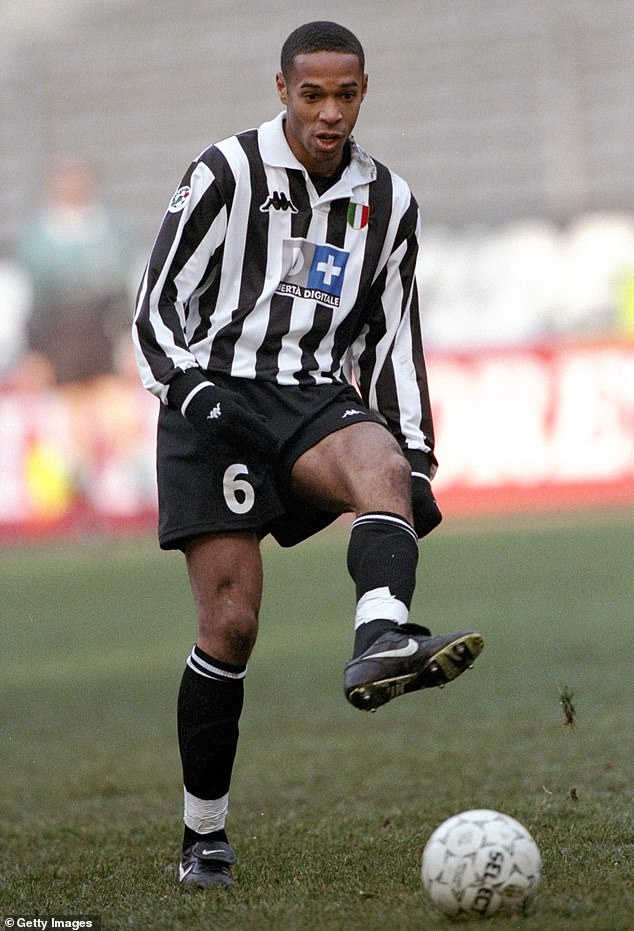 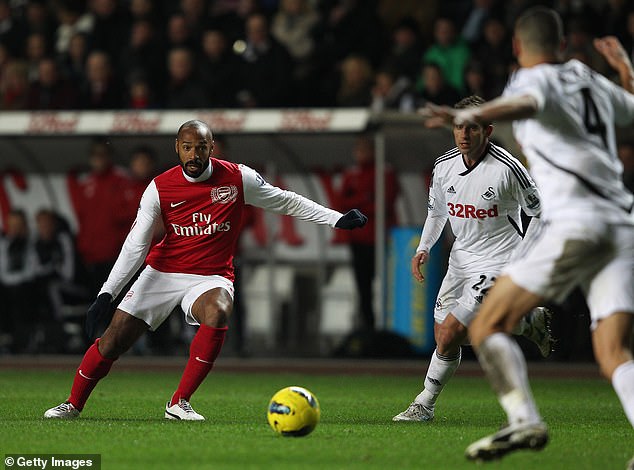 Henry was a huge success at Arsenal, scoring an astonishing 228 goals in 377 games

‘Unfortunately it didn’t go very well,’ Moggi admits. ‘But he confirmed himself as World No 1 at United and Fulham.

‘Then we took Gianluigi Buffon in 2001 and there would be no room for Van Der Sar but he would have been happy to stay with us. He ultimately left because we took a monster like Buffon.’