A two-bed basement flat in a super posh London street was overrun with raucous party guests after it was rented via Air BnB.

The £1.3million pad was rammed with around 250 partygoers according to neighbours whose homes were left ‘shaking’ because of the thundering music.

Owners of the flat in Kensington, West London, had rented out their 800square ft flat for £300 per night to a mother and daughter duo.

But just hours after handing over the keys at 8pm on Saturday, August 11, their home was mobbed.

One local told The Sun: ‘I couldn’t believe the amount of people who turned up, they were everywhere, on the street, inside, in the garden, the music was pumping and the homes were vibrating.

‘The party went on for hours and there were so many people, it’s a two bedroom property and there was hundreds of people inside, I don’t even know how that many managed to get in.’

The party spilled out onto the street where young adults indulged in hippy crack – breathing nitrous oxide through balloons – and smoked marijuana.

It is also believed thousands of pounds worth of damage was caused to the flat.

A friend of the property owner, Raaj, told The Sun authorities did not help after he whizzed round and called police: ‘I tried to approach the people who rented it and they said they would leave by 1am but I said it wasn’t right, when the police turned up they said they weren’t doing anything illegal. 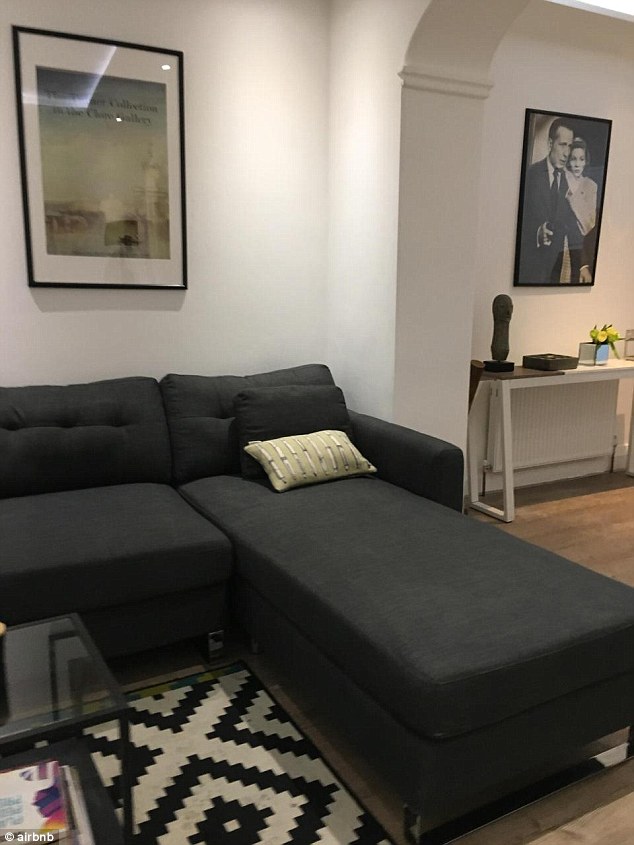 ‘So many cars and taxis arrived, I just sat there helpless, watching.

‘I came back to the property a few hours after the party finished and couldn’t believe the inside, there was mess everywhere.

‘The carpet was ruined, the walls, lamps were taken, there was lipstick on the walls, they caused thousands of pounds worth of damage.

‘They have now disappeared without trace and I have had to go through Airbnb who have said they are dealing with it, so I don’t know what to do now.’

Airbnb said: ‘We have zero tolerance for this kind of behaviour, have removed the guest from our platform and are providing our full support.’

The Met Police used a dispersal order to stop the gathering. No one was arrested.