MA husband who ‘strangled wife had bought $100 of coke’

A husband accused of murdering his wife, described as the ‘world’s best mother’, had a $500-a-week cocaine habit that was ruining his marriage, prosecutors say.

Andrew MacCormack, 29, is charged with killing Vanessa MacCormack, 30, on Saturday in their home in Revere, Massachusetts.

The elementary school teacher and mom-of-one was found strangled to death, with a plastic bag over her head and slashes across her neck, in what prosecutors described as a domestic violence case.

Prosecutors say that the MacCormack’s two-year marriage had been crumbling over Andrew’s $500-a-week cocaine habit, the Boston Globe reports. 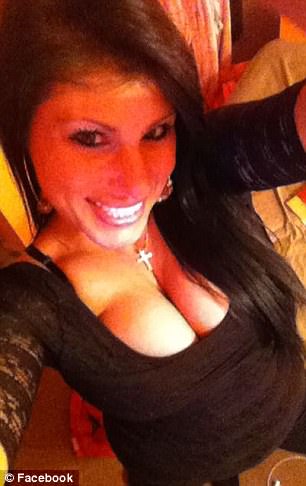 Andrew MacCormack, 29, (left, with his wife) is charged with killing wife Vanessa MacCormack, 30, (right) on Saturday in their home in Revere, Massachusetts 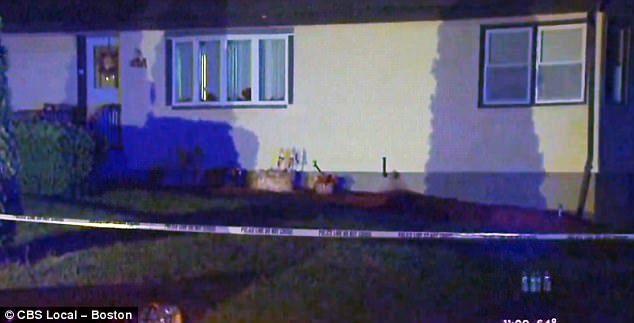 Police found the woman’s body inside their home in Revere, Massachusetts, on Saturday after her husband called 911

His wife had even threatened to divorce him over his alleged drug habit, and the court heard that he’d been taking money from their joint bank account, and secretly selling his wife’s jewelry – including her $13,000 engagement ring – to pay for the drugs.

Earlier this month, Vanessa had texted her husband: ‘I hate you so much you’ve ruined [our daughter’s] life because she won’t have her parents together. . . . I’ll look into divorce lawyers.’

‘Ur crazy I’m not signing anything to sell the house or get divorced’, he’d responded.

Andrew was previously arrested for domestic violence against another girlfriend, when he was accused of dragging a ex down two flights of stairs by her hair in 2011. The case was dismissed.

On the day his wife was murdered, prosecutors say Andrew had withdrawn $100 from an ATM which he used to buy cocaine, while the couple’s infant daughter was in the car.

He had told detectives he’d left the house with his daughter earlier on Saturday so his wife could go to the gym, court records show.

Prosecutors say that after the murder, he’d driven a friend’s home in Saugus for a carpentry job, still with his daughter. He left when his baby girl soiled her diaper, but instead of returning home, he’d gone to score cocaine.

His dealer told police that MacCormack would often spend up to $500 weekly on drugs.

He’d also kept his wife’s phone on him during the day, and had sent her text messages after the murder, the DA said in a statement. 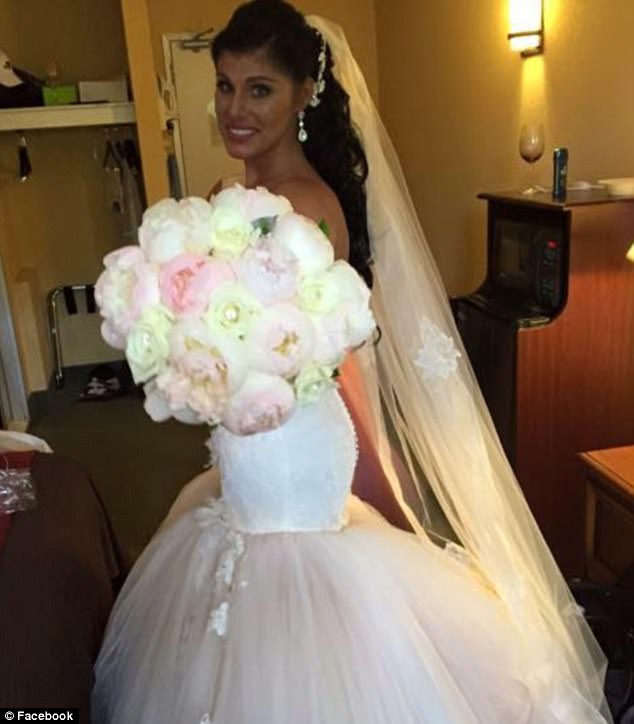 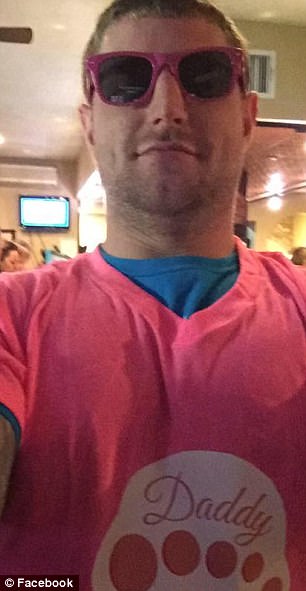 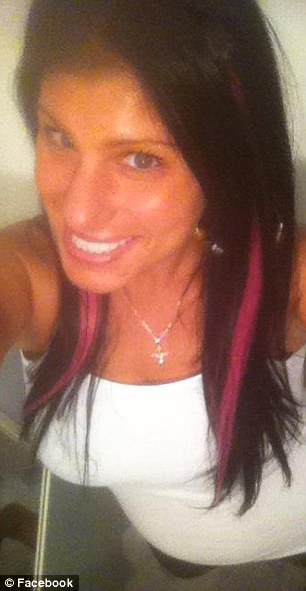 Investigators found that Vanessa MacCormack (right) had threatened to divorce her husband (left) via text messages, who had responded that he wouldn’t agree to a divorce 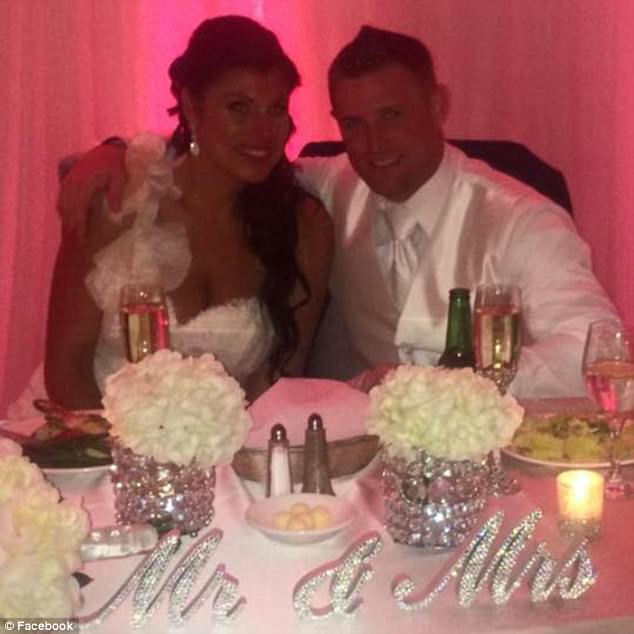 On the day his wife was murdered, prosecutors say Andrew had withdrawn $100 from an ATM which he used to buy cocaine, while the couple’s infant daughter was in the car (the couple are pictured together on their wedding day)

Neighbors told NBC Boston that they saw a man outside the MacCormack’s home on Saturday afternoon ‘getting really violent.’

He ‘had his shirt off, punching the back of the car, getting really violent,’ they added.

Detectives, who have reviewed surveillance footage from the scene, said it pointed to ‘one person and one person only’.

Police allege that Andrew killed his wife in a domestic violence incident then made ‘concerted efforts’ to conceal it and tried to make it look like a random murder committed by an intruder.

He was arraigned in court on Wednesday in front of his wife’s devastated family who spent much of the hearing in tears.

Andrew pleaded not guilty to one charge of murder.

Paramedics and police were called out to the MacCormack’s home at 3.30pm on Saturday.

Prosecutors say he had used bleach to clean up the crime scene before calling 911.

When the emergency services arrived, they found Vanessa with evident injuries to her head. She was pronounced dead at the scene.

Andrew was seen the following day retrieving a baby chair from inside the home and broke down in tears on the street.

The pair share one child together and have been married for two years. 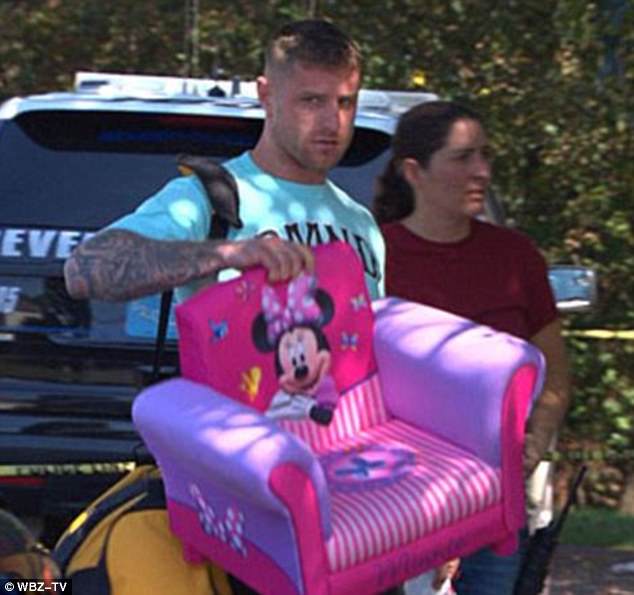 On Sunday, the day after his wife’s death, MacCormack was seen retrieving a child’s chair from their home. He was arrested on Tuesday 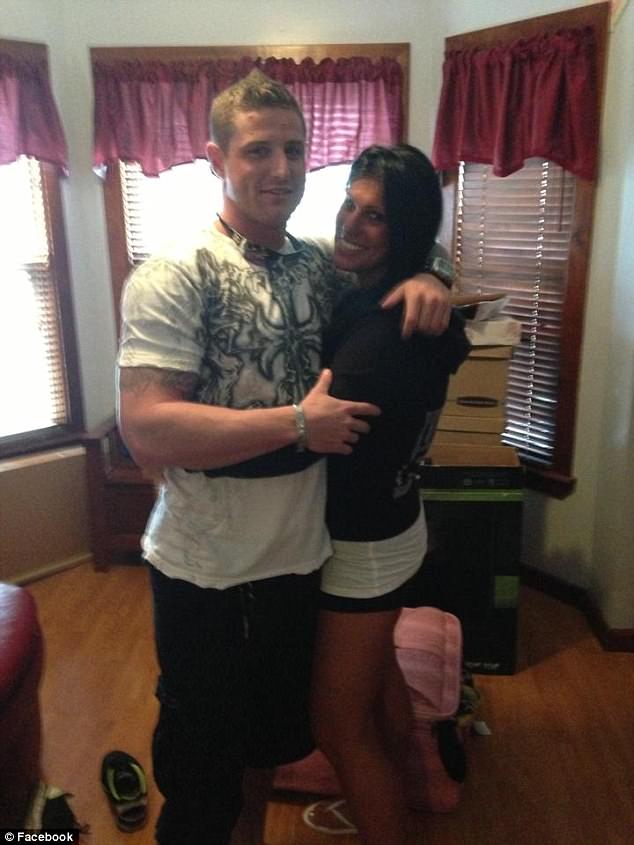 Authorities say surveillance footage points to ‘one person and one person only’. The couple had been married for two years

Police have not yet suggested exactly what may have prompted him to commit the killing but they described it as an incident of domestic violence on Tuesday.

‘The evidence suggests that her murder was a crime of domestic violence, committed in the very place where she should have been safest – her own home,’ Suffolk County District Attorney Daniel Conley said in a statement.

State Police detectives who were called in to help solve the murder said they had no doubt about who killed Vanessa, whose relatives described her as the ‘best mother in the world’.

‘After a thorough, open-ended investigation, it was clear that those facts and evidence led to one person and one person only — and he is now under arrest,’ Massachusetts State Police Colonel Richard McKeon said.

His next court appearance is scheduled for October 27.

Andrew MacCormack, a drywaller who studied criminal justice at the University of Massachusetts at Boston, had been married to Vanessa for a little over two years.

‘She did everything for her daughter and had so many plans for her.’