It was meant to be a historic night for a young goalkeeper to put him in the same company as Iker Casillas, David De Gea and Petr Cech.

But Maarten Vandevoordt’s record-breaking Champions League debut at the age of 17 went up in smoke on Tuesday night after his failed Cruyff-turn on the edge of his own six-yard box gifted the opening goal against Napoli inside three minutes.

The Belgian stopper had every reason to feel confident as he became the youngest goalkeeper in the history of Europe’s top competition in Genk’s final group stage game against the Italians. 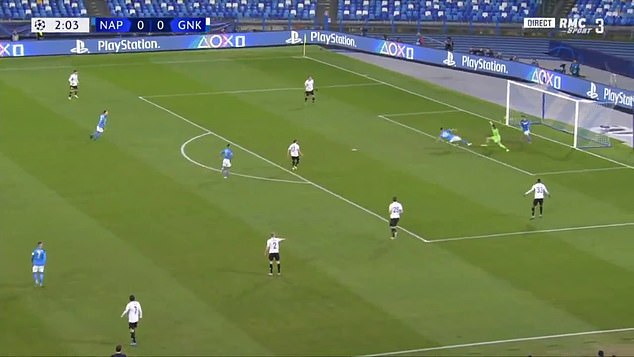 After trying to take the ball around Dries Merten, Arkadiusz Milik arrives to poke it home

But his attempt to show off in the early stages proved costly and ensured his debut will be remembered for all the wrong reasons.

His team-mates had been stroking the ball around along the defensive line as the game got underway, and after he collected a pass back, he immediately had two Napoli players sprinting towards him.

Instead of punting the ball away from danger, Vandevoordt channeled his inner Johan Cruyff and attempted to turn inside Dries Mertens.

But the 17-year-old doesn’t quite possess the same execution as the Barcelona legend – with Arkadiusz Milik capitalising and poking home. 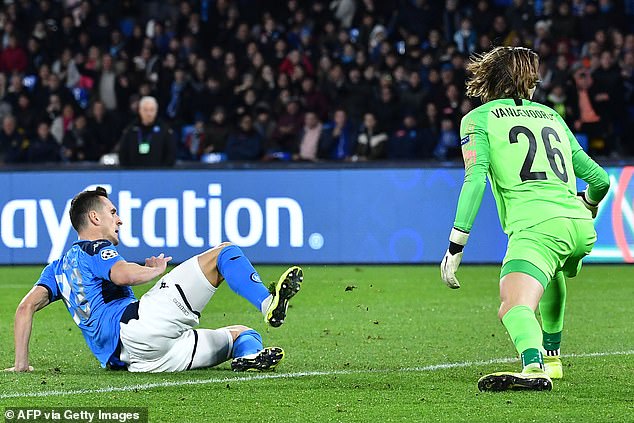 After taking to the field in his Champions League bow, he leapfrogged Benfica’s Mile Svilar to become the freshest face in the competition’s history at 17 years and 287 days old. His predecessor Svilar, also Belgian, was 18 years and 49 days old.

He now heads a list of the youngest goalkeepers to have made their bow in Europe, some going on to forge incredibly successful careers, including Casillas – who is number three on the list, De Gea, who comes in at number seven, and Cech at number ten.

Vandevoordt will be hoping it can’t get any worse for his early career after the embarrassing blunder on a big stage, and the youngster is highly rated at the club having impressed in recent league outings against Antwerp and Cercle Brugge. 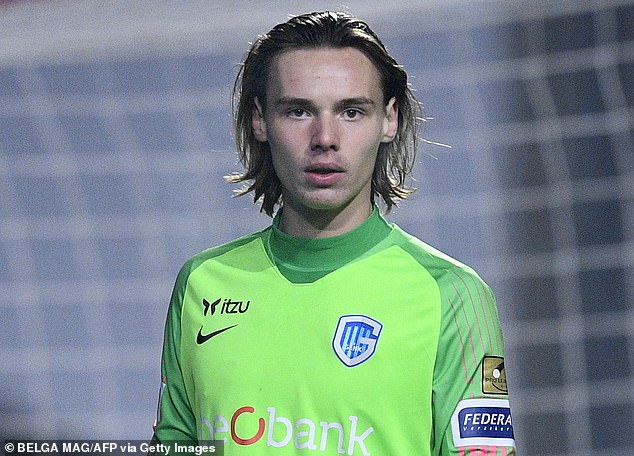 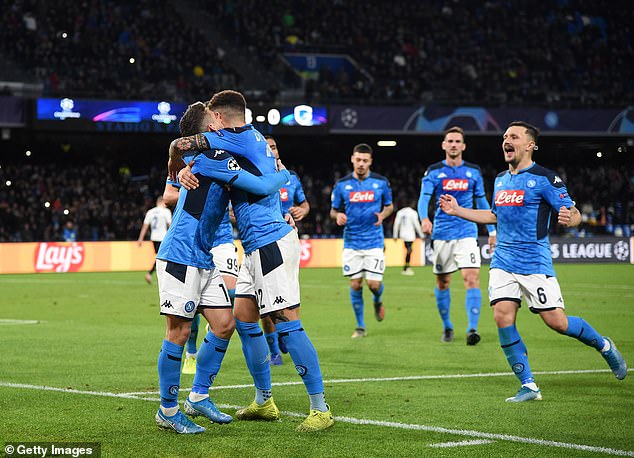 It turned out to be a routine night for Napoli, who won 4-0 to finish off their group stage

He has progressed through the youth ranks at Genk and has represented Belgium at various youth levels.

The Belgian side had been bottom of Group E with no chance of progressing to the Champions League knockouts prior to the game against Napoli, and were well beaten in Italy as the Serie A outfit ran riot.

Milik helped himself to a first-half hat-trick after opening the scoring, with Mertens bagging the fourth later in the second half.