Madness light up the O2 Arena with tunes that exude ‘familiarity, warmth and laughter’

Ahead of their New Year’s Eve gig on TV tomorrow, Madness light up the O2 Arena with tunes that exude familiarity, warmth and laughter

Someone has taken a look at the O2 Arena, decided it’s not quite weird enough and added a cut-price shopping mall. This could come in handy next time you need to pick up a scented candle on the way into a gig.

The place seems to want to be as alienating as possible, to present more of a challenge to the bands that play there.

If so, Madness are equal to it. You know the evening will go with a swing when you see a family of eight gathering at the door, with Dad handing everyone a scarlet fez. 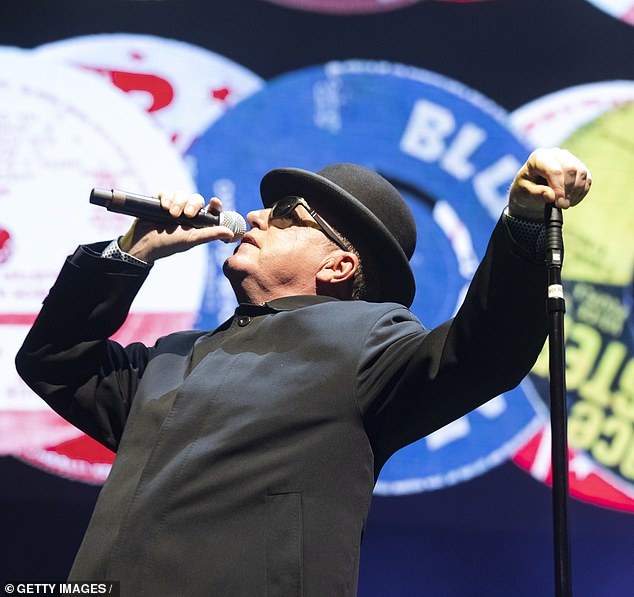 Led by a bowler-hatted Suggs (above), Madness light up the O2 Arena with tunes that exude familiarity, warmth and laughter. On TV tomorrow, they should make New Year’s Eve their own

Inside, the singalong begins before the show, when the PA plays A Town Called Malice by The Jam and Everything I Own by Ken Boothe.

The urgency of post-punk meeting the mellowness of reggae: this is the crossroads where Suggs and co struck their deal with the devil.

When they arrived in 1979, six months after Margaret Thatcher, Madness were just what Britain needed. The music, mostly ska, was borrowed from Jamaica – if they came along now, they’d be accused of cultural appropriation. Everything else was from north London: the voice, the tone, the house, the car, the cheek with a hint of depth.

On stage, Suggs wears a bowler. Bolstered by horns and strings, Madness open with the early hits, please themselves in the middle and close with the classics.

They’ve never released a Christmas song, but then they haven’t had to. Tunes like Our House and Baggy Trousers glow like fairy lights, exuding familiarity, warmth and laughter.

Never mind the Hootenanny: on the telly tomorrow, Madness should make New Year’s Eve their own.

Madness play Westminster Central Hall, London, tomorrow and are touring from May 17 to August 30