Magical, mind-blowing and better than sex? This year’s biggest stars

That’s what we call nightlife! the Milky Way and Perseid meteors make for a spectacular sky

Magical, mind-blowing and better than sex? Stargazing is this year’s breakout hobby and, as Sadie Nicholas discovers, moonlit picnics are the place to be

It’s late at night and a group of women are sitting on rugs sipping wine, under an inky sky lit by a dazzling half-moon. But this is not your average garden get-together – this is a ‘star party’.

Its host is Theresa Cooper, a fellow of the Royal Astronomical Society, and her guests are all fledgling astronomers eager to develop their new hobby: stargazing.

Amateur astronomy is booming right now. The British Astronomical Association, which represents hobbyists, reports a huge surge in interest with more people getting in touch during lockdown and visiting the organisation’s YouTube channel for guidance. Meanwhile, some retailers have recorded a 50 per cent rise in sales of telescopes this year.

Stargazing’s popularity has been helped by a dramatic drop in road and air traffic, leading to less air and light pollution – meaning clearer skies that are perfect for spotting stars, planets and faraway galaxies.

‘People assume that you need expensive telescopes and lots of scientific know-how to take up astronomy, when all you need to get started are your eyes, a pair of binoculars and a dark, clear sky,’ says Theresa, who is in her 60s and lives in Bridgend, Wales with her husband.

She works as a volunteer at the Cats Protection Bridgend Adoption Centre and as a totally self-taught stargazer. Theresa’s hobby has taken her all over the world in pursuit of the clearest skies and dazzling constellations, including the deserts of Nevada and California. But she says your garden is a great place to start. ‘In fact, visiting dark sites – designated areas with almost no light pollution – can be overwhelming for beginner astronomers, as there are simply too many stars to look at.’

For 41-year-old Louise Hickman in Shropshire, taking up astronomy has been a much-needed outlet. After a tough day at work as a police sergeant, she wraps up warmly, grabs her 4ft telescope and, with her four children tucked up in bed, heads to the garden to stargaze.

‘It’s a form of meditation for me. It takes me away from daily life and makes me realise how fragile and small we are in the grand scheme of the universe,’ says Louise. 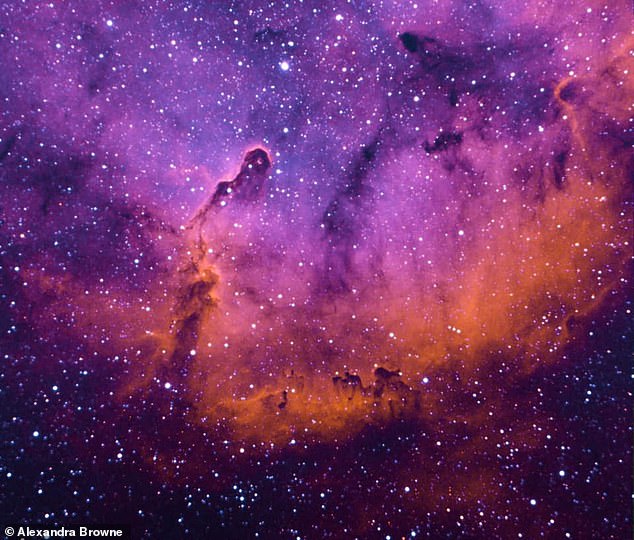 ‘At the beginning of lockdown, when the skies were suddenly clear, I saw Venus and also the Orion constellation, which has lots of mesmerising nebula – incredible interstellar clouds made of dust and gases.

‘For every star in the sky there’s a network of planets around it, just as there is in our solar system. It’s mind-boggling and always makes me think, are we alone?’

Fascinated by physics and space at school, Louise began exploring the night sky with binoculars in her 20s and bought her first telescope ten years ago. ‘It was a few hundred pounds but I got my money’s worth when I was sitting in my garden one night and saw Jupiter. It blew my mind.’

Last year Louise splashed out around £275 to upgrade her telescope to a techy-sounding Sky-watcher Skyliner 200P Dobsonian, which has an eight-inch aperture – the bigger the aperture, the more light the lens allows in and the greater detail you can see in the sky. ‘Since then, I’ve seen Saturn and the Milky Way, which was magical,’ she says.

Louise says stargazing is the perfect family hobby. She and her children have a membership with the Shropshire Astronomical Society and enjoy having moonlit picnics. ‘The kids all love the International Space Station app [ISS Live Now] which shows live footage of the Earth as the station orbits it,’ she adds. ‘I use Google Skymap for Android, which is GPS based [Apple users should try Skellarium]: you point it at the sky and it shows you where the planets, galaxies and stars are in that very moment.’ 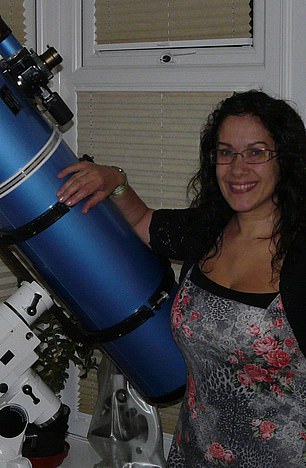 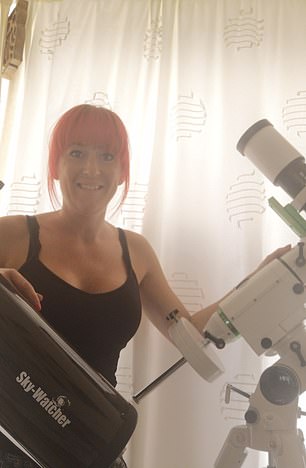 Left: Alexandra, a civil servant, with her telescope: ‘the enormity of the universe thrills me’. Right: Preschool worker Vicki Pink has spent £2,000 on her current kit

Fellow hobby astronomer Vicki Pink, a 37-year-old preschool worker in Southampton, discovered stargazing in 2016. ‘I went to a public viewing at our local observatory. They had an absolute beast of a telescope – a Meade 14”. It was so huge I had to climb up a stepladder to look down the eyepiece, and there was Jupiter staring back at me with four of her biggest moons,’ says the mum of two.

‘Then we looked at a star cluster called the Pleiades, otherwise known as the Seven Sisters. It gave off a beautiful blue hue, which was breathtaking. That night I came home buzzing.’

Her partner Ben surprised her with a telescope that Christmas. ‘It was a tiny rickety thing but it gave me my first views of the moon and it couldn’t have been more wonderful.’ In March 2018, Vicki invested in a better telescope – a Sky-watcher Explorer 130P SynScan AZ GOTO costing more than £300 – and bought an ‘astrocam’ so she could have a go at taking photographs of space. In all, she’s invested around £2,000 in her current kit. 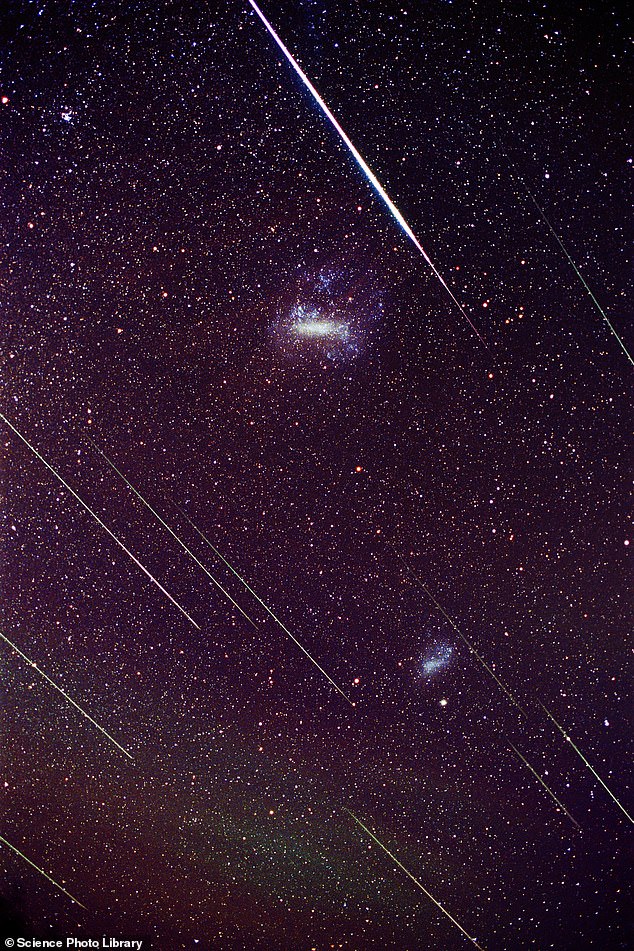 ‘I’ve seen meteors, shooting stars, the International Space Station and even a fireball whipping through the sky,’ she says.

‘During lockdown the atmosphere has been as clear as gin so I’ve seen Jupiter, Saturn, mountains within craters on the moon, plus nebulas and galaxies millions of light years away.’

Like Louise, Vicki finds astronomy relaxing. ‘It’s totally absorbing and an instant release from the stresses of work and everyday life – it gives you a glimpse of the magic and mystery of space.’

Civil servant Alexandra Browne, 57, has been a hobby astronomer for over a decade, though her fascination began as a child. ‘I was 11 when 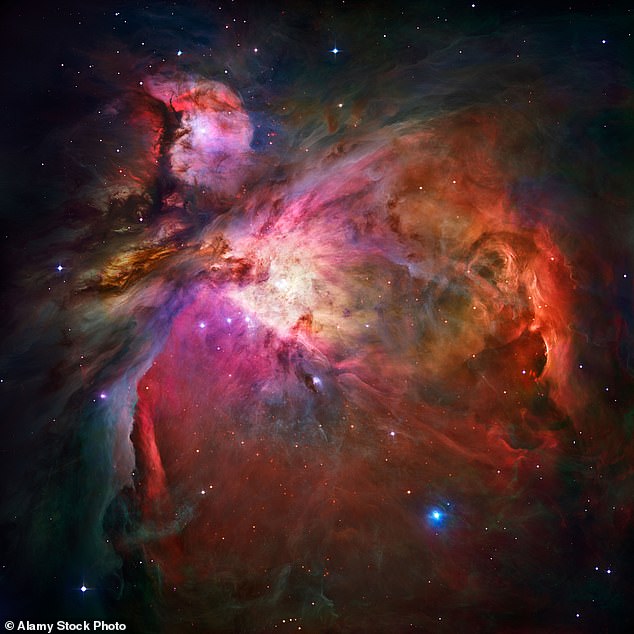 I first looked at a nearly full Moon through my dad’s antique brass spyglass,’ says Alexandra, who lives in Buckinghamshire with her husband and 20-year-old daughter. Getting her own telescope in 2007, the first sight to take her breath away was Saturn. ‘It changes its orientation over the months so sometimes you can see the rings at an angle, rather than edge on. I couldn’t take it in.

‘Some people actually can’t look through a telescope because they feel overwhelmed by the distance and space. But it’s that sense of the enormity of the universe that thrills me.’

Eager to capture those mesmerising sights, she ventured into astrophotography. Over the years she’s spent more than £7,000 on equipment. ‘I’ve been swept away by this frustrating, amazing, mind-blowing and, for me, increasingly expensive hobby, although it doesn’t have to be expensive,’ she laughs. ‘It has taken me years to get to grips with it. My first astrophoto captured the enigmatic Ring Nebula and I literally jumped around screaming, “I did it, I did it!”’

Alexandra’s biggest telescope measures a metre in length and is a permanent fixture in her conservatory. She’s also a member of the Stargazers Lounge website and the Chipping Norton Amateur Astronomy Group.

‘My husband and daughter think I’m bonkers staying up till 3am stargazing, then feeling rotten the next day, but they’re wowed by my photographs,’ she adds.

‘Astronomy is the most therapeutic hobby. And when the perfect image of an object, sometimes millions of light years away, comes up on my laptop screen linked to my telescope, it’s better than sex – it’s out of this world.’ 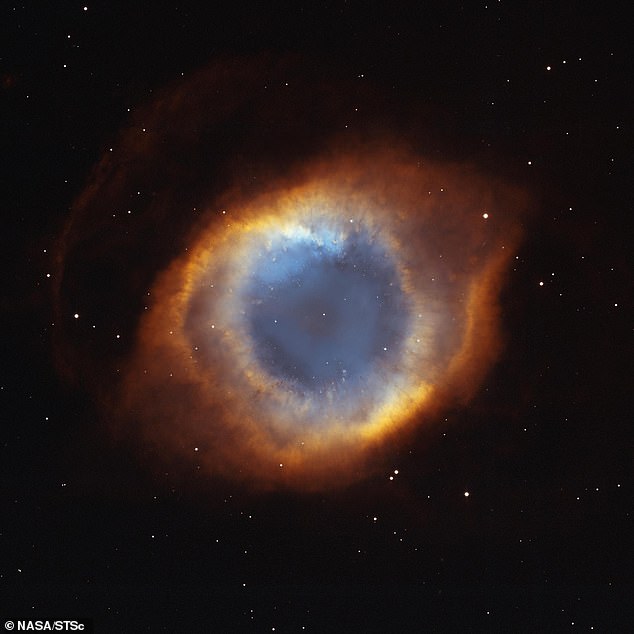 Amazing space: the Helix Nebula in all its glory

DON’T BUY A TELESCOPE (YET)

Telescopes require practice to use properly. Many people find them too complicated and give up. A pair of binoculars and a tripod are cheaper and simpler. Any binoculars you have at home will work but, if you decide to buy a pair, a good size is 10×50. Spend a year observing the sky this way before you invest in a telescope.

DO GET A TORCH AND A STAR CHART

A red-light torch for about £10 will help you see where you’re going but won’t affect your night vision (think of red lights on a car dashboard). A planisphere is a star chart that shows you what’s visible in the sky right now and is only a tenner, too. Learn one constellation and use that to find another, and so on.

Before you start, get away from your house and any streetlights. It takes 20 minutes for your eyes to become properly adapted to the dark and less than a second to lose the adaptation if you look at a bright light. If you use a sky app – for Android devices SkEye is good – make sure it’s set to a red-light background (change the settings in the app or via your phone’s display options).

Don’t forget about the moon and other planets. Observing the moon as it waxes (grows in brightness) is fascinating. Saturn and Jupiter are close together in the south of the UK after midnight and look stunning – they should be easily seen until November. You should be able to spot some of Jupiter’s largest moons with binoculars.

Search for a local society or amateur group online (try astronomyclubs.co.uk) – we all love passing on our enthusiasm and experience. You can also find lots of resources from the Royal Astronomical Society at ras.ac.uk.