Maine woman smiles in mugshot after hitting man with a car

Paula Finlay, 51, smiles in her mugshot photo after being arrested for hitting a man with her car

A woman from Portland, Maine, smiles in her mugshot after being arrested for allegedly ramming a man with her car in his own driveway.

On August 12 a man approached Paula Finlay, 51, while she was parked in his driveway in Falmouth, Maine.

While he was calling the police, Finlay accelerated her car and slammed into the man, according to the police report. He was thrown up over the hood and into the windshield.

Her mugshot is turning heads, as she appears to be smiling in the photograph. Falmouth police posted the image on Facebook.

She faces charges of aggravated assault, criminal mischief, and violation of conditions of release.

Portland police also have two unrelated warrants for her arrest.

She is being held on $35,000 bail. The man’s injuries are not life-threatening. 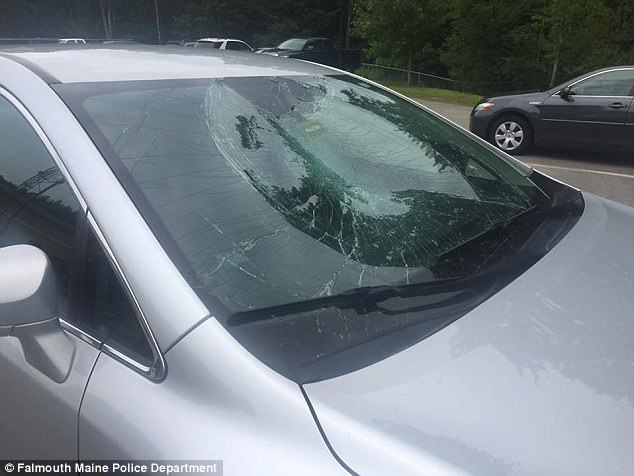