Pauline Hanson’s right hand man Malcolm Roberts has been disqualified from Parliament by the High Court in a stunning blow to her resurgent political party.

The Queensland senator had long maintained he was only an Australian citizen at the time he nominated to stand for One Nation.

But the court found that wasn’t the case – and on Friday afternoon Mr Roberts was disqualified from the Senate along with four other prominent senators.

OUT! Malcolm Roberts was disqualified from the Senate by the High Court on Friday afternoon – after long insisting he was an Australian citizen only

Ms Hanson announced Mr Roberts will run in the upcoming Queensland state election in the the seat of Ipswich.

But his career in federal politics is over – at least for the foreseeable future.

But Liberal minister Matt Canavan and independent senator Nick Xenophon – who has decided to make a run for state politics – survived Section 44 carnage.

Earlier this year, Mr Roberts said he was ‘very confident’ he was an Australian citizen, even showing documentation to Sky News presenter Paul Murray.

In July Murray claimed he was ‘one million per cent sure’ Mr Roberts wasn’t a dual citizen. 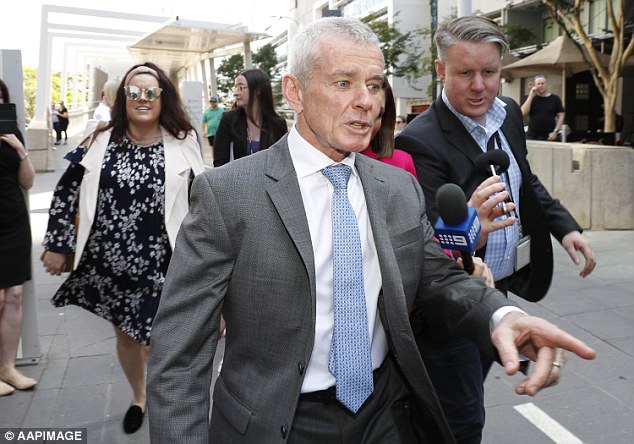 The High Court found otherwise last month – after hearing evidence he sent emails to a non-existent address while trying to make inquiries over whether he held British citizenship.

Mr Roberts was elected on the back of Ms Hanson’s election at the 2016 federal election. He won just 77 first preference votes.

‘decisions have to be made’.