Man begs delivery man to bring marinara for his fiancee

A young man went above and beyond to ensure that he didn’t suffer the wrath of his ‘mad hangry’ girlfriend by sending a desperate plea to his local pizza chain asking the delivery man to bring extra marinara – and save him from a potential outburst from his other half.

Cody Farrell, from Lompoc, California, wrote a truly hilarious message in the ‘order comments’ section of his online pizza request, which has unsurprisingly gone viral, detailing the very important reason the extra marinara was so necessary.

‘Yo, can I get marinara for the garlic twists, my girl mad hungry and she’s becoming a lil testy, lowkey like a lot and my being either really good, or bad, depends on this marinara,’ Cody wrote in his message, before signing off with a: ‘God bless.’

Marinara: A desperate boyfriend begged his local pizza chain to deliver extra marinara sauce for his hangry fiancee who was lashing out on him 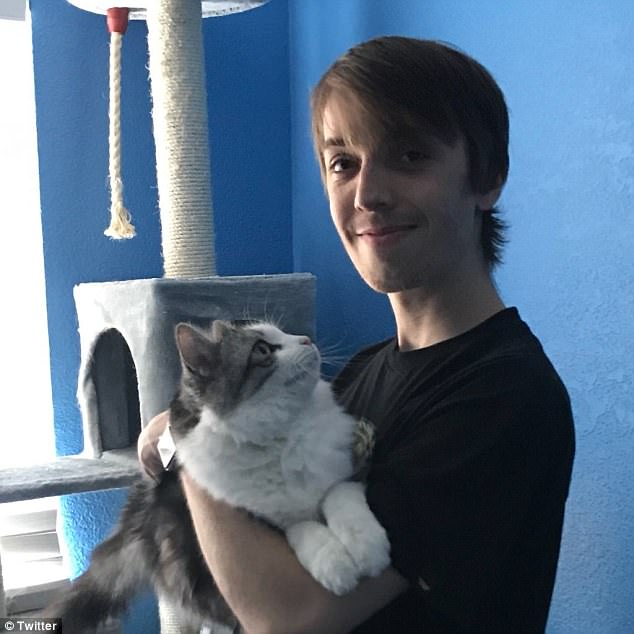 Boyfriend: Cody Farrell wrote the message in the ‘order comments’ section, requesting marinara sauce because his fiancee, Darlene was being ‘testy’

So palpable is his desperation, that many Twitter and Instagram users have rallied to show their support for the young Lothario, with dozens sharing his request alongside messages of support – as well as the hashtags Pray For Cody and Marinara For Cody.

Many people have been quick to heap praise on Cody for his candor, with others even offering to deliver him marinara themselves; meanwhile a picture of his receipt, featuring the oh-so frantic message, has been shared across numerous Instagram and Twitter accounts.

Viral Instagram f**kjerry, for example, posted a photo of the receipt in a post which has already accumulated over 630,000 likes and counting.

And while many people have been on the hunt to find out who the once-mysterious Cody really is, his identity was finally confirmed byReddit user, Zombi3Bait.

The user posted the photo of the receipt to his Reddit page and it got over 17,000 likes, and he finally managed to track down the real Cody, who replied to the chain.

Viral: Cody, from Lompoc, California has since become an internet sensation as the hashtags Pray For Cody and Marina For Cody have since gone viral 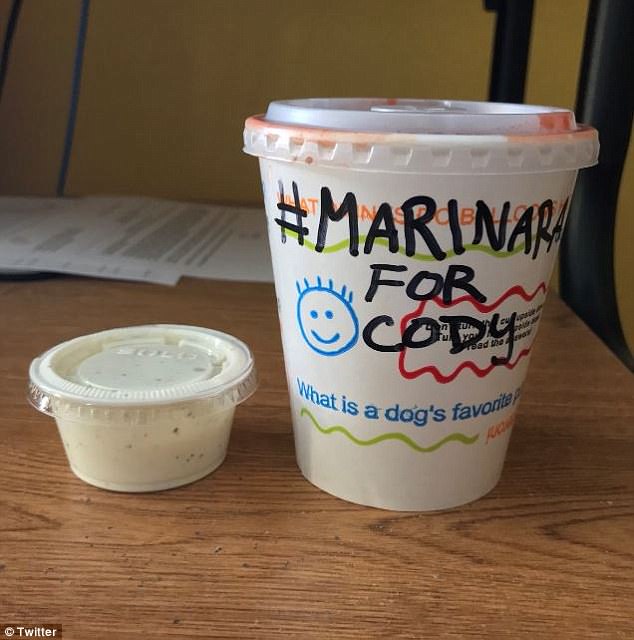 Sauce: After pleading for extra marinara sauce to the delivery guy, the pizza chain actually delivered the sauce in a children’s sized drinking cup

It all unfolded when one user commented on the thread saying, ‘I think you can throw in a side of marinara with a $28 single-topping pizza.’

In reply to that, the actual delivery man, user Yagai7636, wrote back, ‘Oh we did we gave Cody a kids drinking cup full,’ to which real life Cody, who goes by Codyofficial on Reddit, responded saying, ‘He actually did. They gave me a children’s sized cup full of marinara with ‘#Marinara4Cody’ on it.’

Since then, people have been ecstatic, with one person saying he’s ‘starstruck’ that marinara Cody replied.

Cody explained the entire situation, saying, ‘I actually came home and my fiancee was hungry and instead of getting food then, I fell asleep and she was pretty moody, and still hungry, so I ordered a pizza.

‘She actually won’t eat the garlic twists without marinara so I gotta make sure I get some otherwise she’ll still be moody. So I had to emphasize the situation on this day.’ 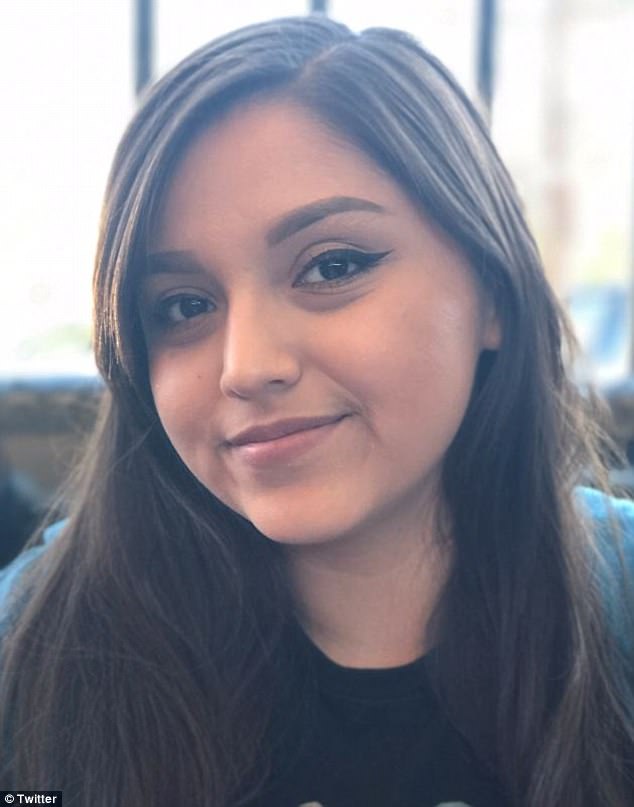 Fiancee: Darlene, (pictured), loves the sauce and Cody said, ‘She actually won’t eat the garlic twists without marinara so I gotta make sure I get some otherwise she’ll still be moody’ 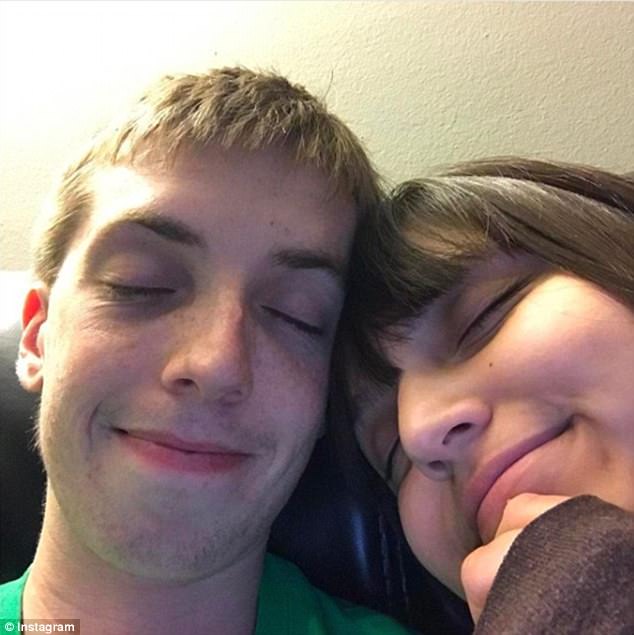 Happy: Cody admitted on Reddit that Darlene, ‘Was very happy to receive a child sized cup full of marinara’ 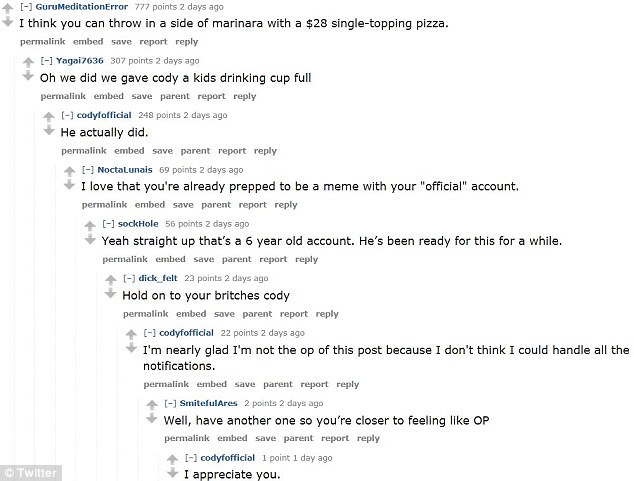 Reddit: While many people have been on the hunt to find out who Cody really is, it was confirmed by Reddit user, Zombi3Bait, and people flipped out

He continued, ‘To be fair this pizza chain only gives you ranch as an option for the garlic twists, so I always ask for marinara instead. Sometimes I just get funny with it.’

Giving further detail about his delivery, Cody shared, ‘I order online because this particular deal is online only, if I recall correctly.’

Cody then called out the delivery guy, Yagai7636, saying, ‘On the real though, if you have any type of pull to have your manager talk to the higher ups or whatever, please add marinara to the options of sauce for garlic twists, it’s a travesty.’

After finally explaining situation Cody concluded, ‘To be honest, the local pizza place is one of our favorites, this online deal is actually one of the better deals you can get in my town.

‘The fact that the town is so small and I eventually got to “meet” a few of the workers involved in this exchange was just the marinara on the garlic twists.’

As for how his fiancee reacted once the sauce came, Cody admitted, ‘She was very happy to receive a child sized cup full of marinara.’