Man is charged with manslaughter of 100-year-old widow

A man has been charged in connection with the death of a 100-year-old widow who died after she was mugged on her way to church.

Arthur Waszkiewicz, 39, from Derby, was charged with the manslaughter and robbery of Polish-born Zofija Kaczan, who died nine days after her neck was broken in the mugging on May 28.

Mrs Kaczan, who survived the Nazi invasion of Poland before coming to Britain to start a new life after the war, had her handbag stolen outside the St Maksymilian Kolbe Church in Derby.

Sophie Kaczan, 100, died in hospital after her neck was broken during a vicious mugging

Mr Waszkiewicz is due to appear at Southern Derbyshire Magistrates Court tomorrow.

DCI Darren De’ath, the senior investigating officer, said: ‘I would like to take the opportunity to thank the community for their help in this case.

‘We are pleased that we have been able to bring these charges which will now be placed before the courts.’

‘She suffered multiple injuries, including a broken neck, as a result of the robbery, which happened at around 8.45am on Monday, May 28, close to the junction of St Chads Road and Empress Road in Normanton.

‘She had told us that she was approached from behind, knocked over and had her handbag stolen.’

Detectives are appealing for information about a beige/silver Seat Leon seen in the area at the time, with the registration plate SL02 KVZ.

The spokesman added: ‘We want to hear from anyone who may have information about the driver of the vehicle – or if you have CCTV or dash cam footage that shows the vehicle?’ 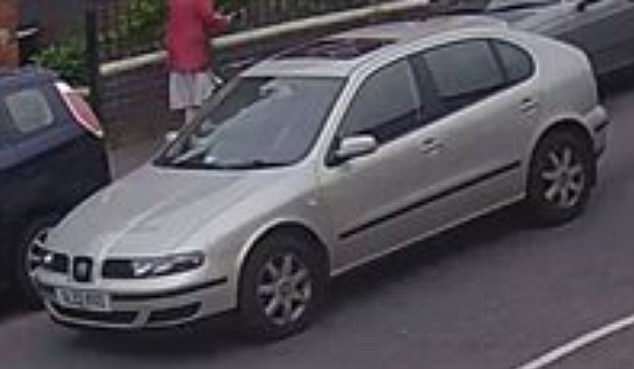 Ms Kaczan’s friend and neighbour Stacia Fitzsimmons, 55, said: ‘She would still be walking to church every morning if it wasn’t for the person who has done this – he has killed her.’

Mrs Ftzsimmons added: ‘It’s so upsetting – she was like a mother to me. It is just awful that she has had to live out her final days like this. I just hope that the police catch whoever did this to Zofija.’

Mrs Kaczan was attacked moments after leaving her semi-detached home in the Normanton area of Derby to attend a service at the nearby St Maksymilian Kolbe Polish Church. Neighbours said she went there most days.

It is feared the mugger may have got away with as much as £1,000 as her bag – with a £900 utility bill inside – was later found dumped. Friends said she may have had the cash to pay the bill in her bag at the time. 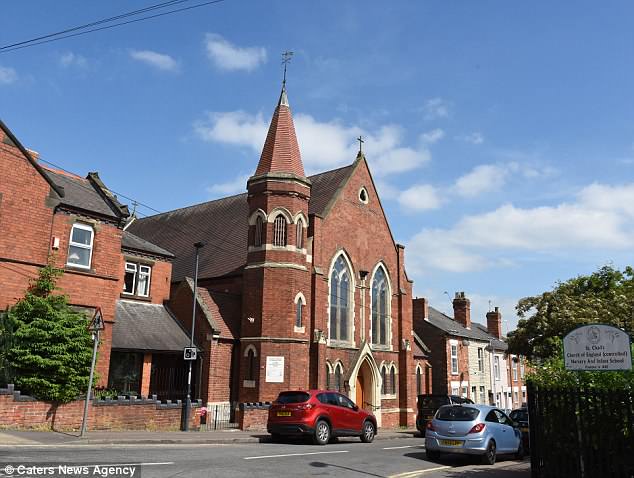 Flowers have been hung outside the St Maksymilian Kolbe Church she used to visit every day, with Father Sebastian Ludwin lighting candles in her memory inside the church.

He recalled the moment she was brought into church following the attack, where her bag was snatched from her by an attacker.

Father Ludwin said: ‘She had black eyes, a lot of blood on her face and we bandaged her up and sat her in the last pew waiting for an ambulance. The community has been left shocked at what has happened. She was a remarkable woman.’

Her death came nearly a month after her 100th birthday, which she celebrated with friends. She even received a blessing from the Pope but despite living in England since 1948, she never applied for British citizenship so did not receive a blessing from the Queen.

The pensioner grew up in the town of Brody until the Nazi occupation. Her younger brother was killed by Hitler’s forces while she was sent to work detail in Germany.

A friend of Mrs Kaczan said she was sent to work in two factories making nails and porcelain and was housed in a concentration camp, possibly Dachau. 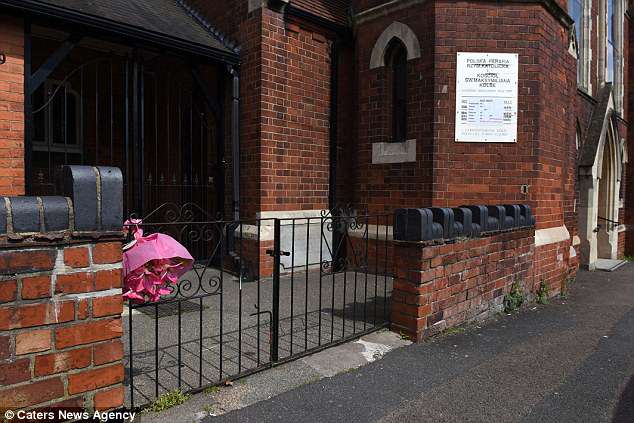 Floral tributes have been left outside the church which she attended

Following the end of the war, she fled to England with her partner Mikolaj, first living in Weston on Trent before moving to Derby.

Another friend of Mrs Kaczan said her husband passed away in 2009, leaving her ‘lonely and depressed’.

Friends paid touching tributes to Mrs Kaczan, describing her as an ‘amazing person’ and a ‘stalwart of the community’.

Ms Zimand told the Daily Telegraph: ‘We are just in a state of disbelief that this could have happened and that after such a difficult life she met such a violent end.’

Despite Mrs Kaczan’s prayers for her killer, some of her friends harbour no such thoughts of forgiveness.

Anna Krepa, 83, another close friend, said: ‘The penalties are too soft in England and this is why there are people committing so much crime. It breaks my heart.