Bruno Fernandes and Lisandro Martinez reportedly led a furious inquest at half-time of Manchester United’s humbling derby defeat at the Etihad on Sunday.

Erik ten Hag’s side were blown away inside the opening 45 minutes and were 4-0 down at the break thanks to braces from Erling Haaland and Phil Foden.

United, who had won their four prior Premier League matches, could barely lay a glove on Pep Guardiola’s side during the first half and Fernandes and Martinez made it clear how they felt during the interval.

According to The Sun, the pair were shouting so loud at their team-mates that the furious tirade was heard in the tunnel by members of City’s backroom staff.

Erik ten Hag stood by and watched as his players took matters into their own hands in the dressing room and was reportedly more than happy to sit back and let Fernandes and Martinez criticise his squad. 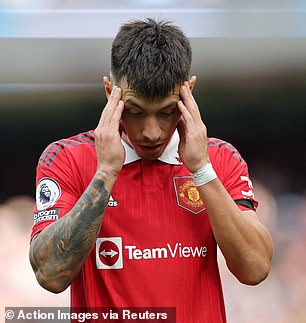 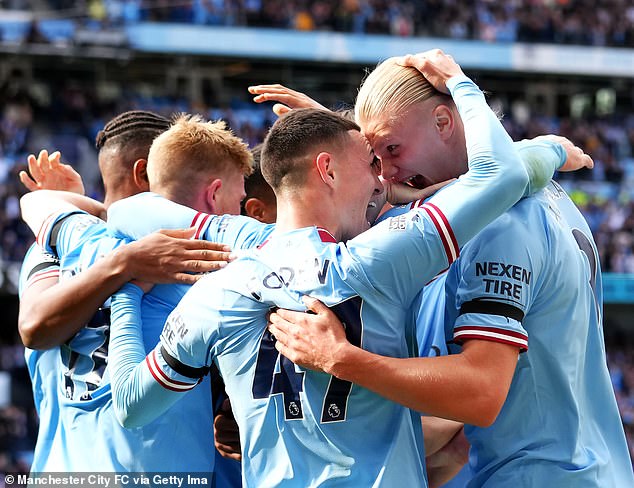 It looked as though United’s half-time team talk had worked when Antony got one back with a superb strike from distance.

But any hope of a comeback was quickly extinguished when Haaland and Foden made it 6-1 with both men securing their hat-tricks.

United did get two more goals from substitute Anthony Martial, but only after it appeared that City had taken their foot off the gas by making four changes after the 75th minute.

It’s said that the United dressing room was much quieter when the players returned at the full-time whistle. 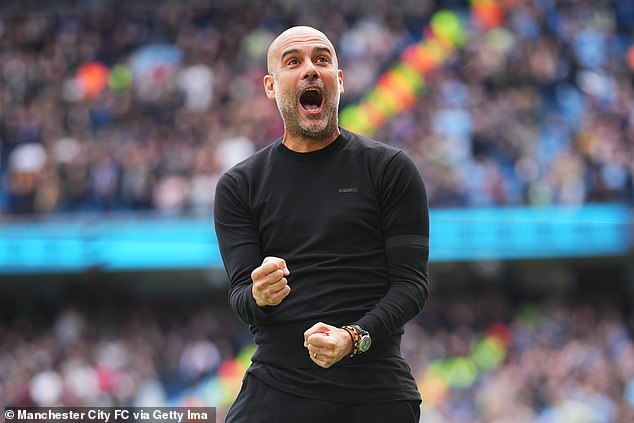 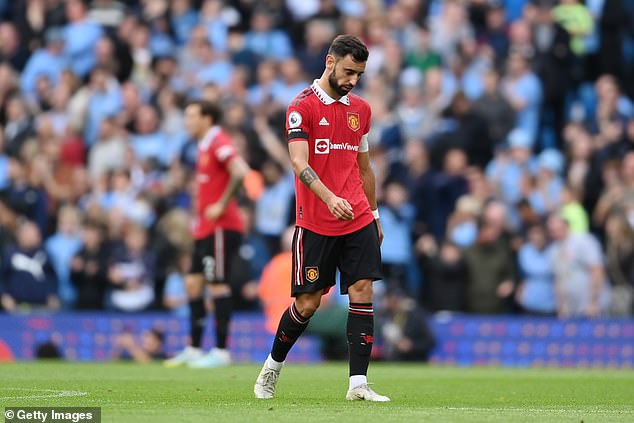 Fernandes, in his post match interview, admitted the attitude and belief displayed by his team ‘was not the best’.

He said: ‘The attitude and the belief from the beginning was not the best and that caused us many problems and made us concede early goals.

‘After, we have to run back the result and the second half was much better.

‘We keep control more, we control the game more. Whenever we have the ball we are more brave.

‘We are really disappointed but now it’s time to focus on the next game and understand that we have to get back to the performances that we did before — in the belief and everything, in the togetherness principle — and understand that this cannot get us down.’

It was the second time this season that United had been 4-0 down at the break, following their defeat by the same score line to Brentford back in August. 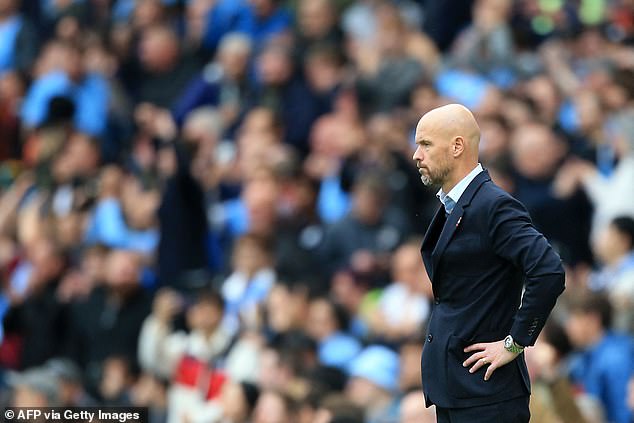 After the humiliation in west London, Ten Hag held a team meeting the following week where he invited everyone to speak their mind.

He revealed after the loss to City that there would be the same offer after what he described as an ‘unacceptable’ performance.

The Red Devils boss said: ‘It’s quite simple, it’s a lack of belief.

‘We were not brave enough, made tactical mistakes and then got hammered.

‘When you don’t believe on the pitch you can’t win games, that is unacceptable.’

United next face Omonia Nicosia in the Europa League on Thursday before they face an in-form Everton at Goodison Park, who have not lost any of their last seven games in all competitions.